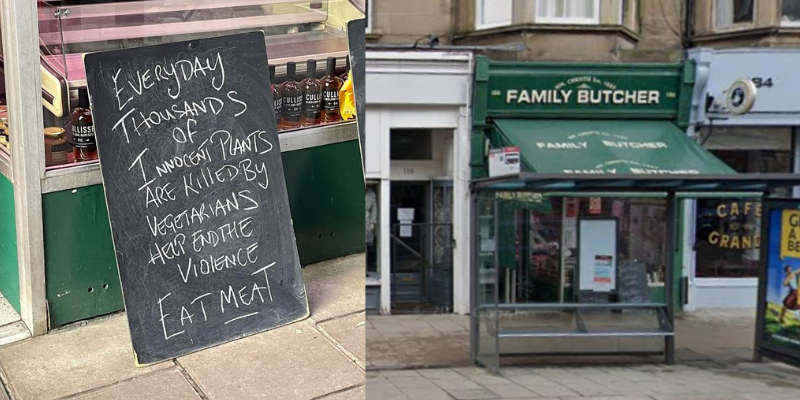 Butchers sign about killing plants causes confrontation from many.

A butcher in Edinburgh has turned heads after putting up a sign saying, ‘Every day thousands of innocent plants are killed by vegetarians, Help end the violence. Eat meat.’

Whilst this may have been an attempt at a marketing idea, it didn’t sit well with people who viewed the sign after it was shared online.

One person said on Edinburgh live, ‘And what does their meat eat’. People agreed with this logical comment saying that the animals would first be fed plants themselves.

Someone else commented that ‘I just think it’s nonsense, I don’t understand, how can they justify killing an animal like that. Surely eating plants is less damaging to the environment, and plants, unlike animals are not sentient.’ 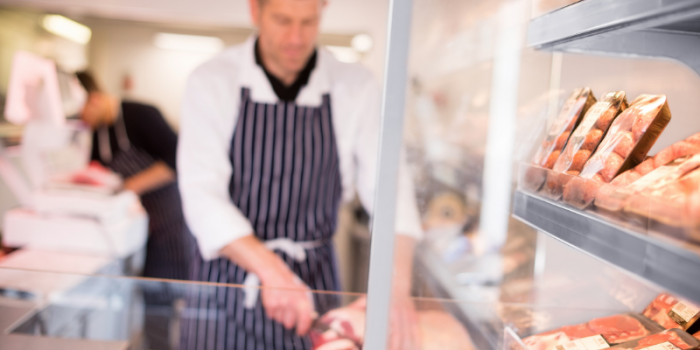 In response to the criticism, Willie Christie, who runs the butchers with his brother, said: ‘As it’s Veganuary, isn’t it fitting it could be meatanury too? It wasn’t malicious in anyway, just a simple joke and banter.’

‘People have taken it wrongly. we are surrounded with people telling us to go vegan and vegetarian, yet my business is a Butchers. We sell meat and I’m promoting my business.’

What do you think about the sign? Is it appropriate?

How to Survive Being Vegan at Christmas & What do Vegans Eat?