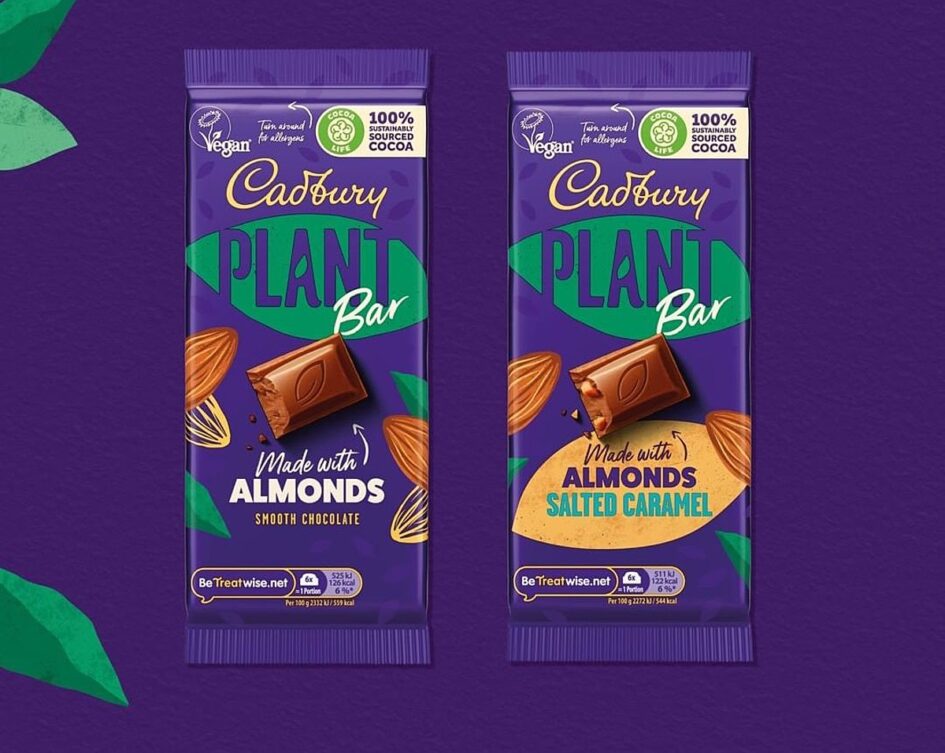 The plant-based bars arrive after months of speculation that began last year. Cadbury explained that it planned to prepare products for Veganuary, but development took more time than anticipated. The company finally released its plant-based chocolate bar alongside an apology note for consumers hoping to see the plant-based confection at the beginning of this year.

“We’re delighted to finally confirm that the rumors swirling around Cadbury Plant Bar are true. We’ve worked hard to add this delicious, dairy-free option to our iconic range, and we can only apologize for making our fans wait,” Cadbury Marketing Manager Michael Moore said in a statement. “Ensuring we deliver against our commitment to exceptional flavor has taken quite some time, but as of November, the wait is over.”

Cadbury spent two years developing the new plant-based product, and finally produced a plant-based chocolate bar that gives consumers its classic confection without any dairy. The company uses an almond paste to supplement the traditional dairy ingredients. The new Plant Bars will be available next month in all United Kingdom Sainsbury’s locations. The company plans to expand across the entire UK retail sector. The letter apologizes to all Cadbury fans for the delay, ensuring that the company is listening to its plant-based consumers.

“Sorry, it’s taken this long,” the letter reads. “Sorry it seemed like we weren’t listening to your calls … And sorry for all the other chocolate you’ve had to eat while you waited. We simply wanted it to be perfect. And, just as with plants, perfection takes time. But the Cadbury Plant Bar is finally ready. A delicious smooth chocolate without the ‘glass and a half’. We hope you’ll agree it’s worth the wait.”

The company initially wanted to debut its plant-based chocolate bars in January 2021 to celebrate the growing support the vegan movement is garnering and provide a product for its plant-based consumers, as well as encourage other flexitarian consumers to try its dairy-free offerings.

“With 500,000 participants in this year’s Veganuary, double the number of participants from the year before, the increasing public appetite for varied snacking options and plant-based alternatives has never been more apparent,” Louise Stignant, UK Managing Director for Cadbury’s parent company Mondelez, said.

The new Cadbury Plant Bars join several vegan versions of signature chocolate bars that have debuted on the market. Earlier this year, Nestle launched its vegan KitKat across stores in the UK. Alongside the KitKat, the Swiss brand Lindt & Sprungli unveiled its first plant-based milk chocolate selection.

The plant-based chocolate industry is expected to see substantial growth over the next decade. A report from Grand View Research found that the vegan chocolate industry is currently valued at $525.6 million, and is projected to grow at a 14.8 percent CAGR from 2021 to 2028. Chocolate and confectionary giants worldwide have noticed this market growth, and continue to increase their plant-based alternative development.

Currently, the company has not announced Cadbury Plant Bars distribution outside of the United Kingdom. Within the United States, chocolate giant Hershey’s revealed its first oat milk-based chocolate bar earlier this year, which will be available until next June.