Cam Newton Wants You to Eat This Vegan Chicken 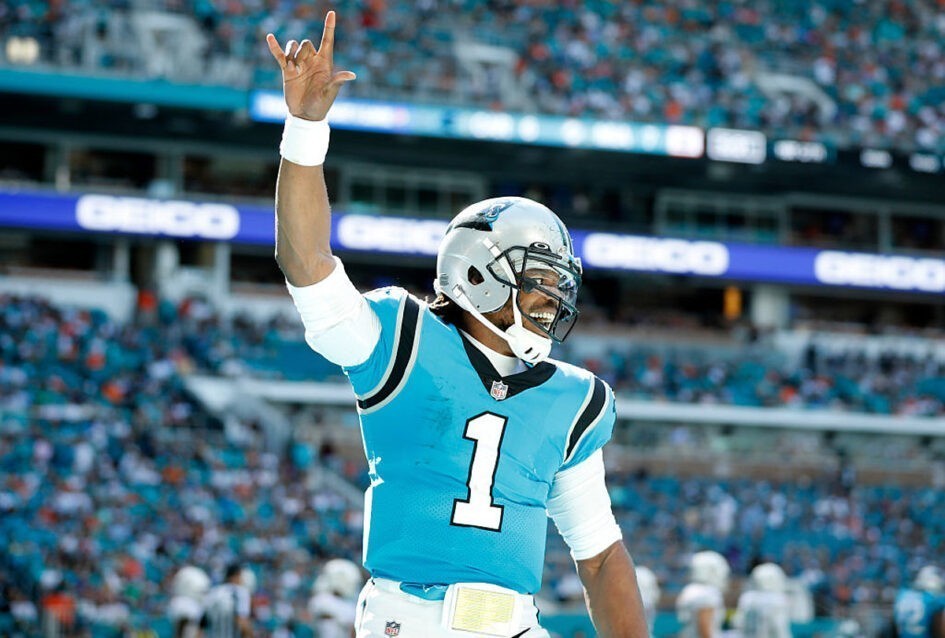 For decades, vegan food and athletes were believed to be a contradictory duo, but stereotypes shrouding the benefits of plant-based eating and athletic performance have been debunked. Athletes like NFL star Cam Newton faced off against the harmful stereotypes that criticized plant-based eating to prove that a vegan diet can provide enough nutrients to not only maintain but also improve athletic endurance. The football player recently explained why he went vegan and discussed why he back the top vegan chicken company, Daring Foods.

Newton is an early investor of the innovative vegan chicken brand, but recently, the professional athlete explained how he believes investing in plant-based companies will help save the planet and promote healthy eating. He also mentioned that he hopes to help facilitate a plant-based community for his hometown in Atlanta.

During an interview with Fortune earlier this week, Newton discussed how he met Daring founder and CEO Ross MacKay in 2019, leading to his initial investment accompanied by other celebrities including Drake and DJ Steve Aoki. The football icon explained how he maintains a relationship with Mackay to build on each other’s perspectives and resources, noting that after his football career he hopes to make an impact by promoting plant-based and sustainable eating.

“Being a Black man who grew up in the South, fried chicken was a staple in most diets,” Newton told Fortune. “It was inexpensive and delicious; while not the healthiest option, we sometimes even had it twice a day. Something I hope to accomplish with Daring is to teach the Atlanta community and others the power of plant-based eating. Forming a healthy diet doesn’t need to be expensive and can have the same taste, texture, and feel as real chicken without the harmful results to our body, environment, and the chickens.”

Newton also hopes to make an impact through his home communities in Atlanta. By bringing delicious plant-based alternatives to Atlanta, he intends to persuade people to try vegan foods. His personal plant-based diet is noteworthy as well. As a professional quarterback, his vegan diet showcases the health and athletic benefits that come from dropping meat and dairy products.

“I believe in all that Daring has to offer: its innovative approach, vision to create a better environment, and ability to impact lives one bite at a time,” Newton continued. “But before that came alive and to fruition, what I really invested in was Ross: his resilience, dedication, and ability to challenge the status quo.”

Alongside Newton, Daring boasts an impressive list of celebrity backers. Most recently, the Olympian Miles Chamley-Watson just announced his support for Daring’s vegan chicken. The fencing star teamed up with Daring to highlight just how dangerous the chicken industry is for the environment. A plant-based diet could reduce greenhouse gas emissions by food production by up to 70 percent by 2050.

Recent reports see the plant-based chicken industry expected to reach nearly $19 billion by 2028. Companies including Daring intend to capitalize on consumer interest in chicken alternatives. With celebrity backers supporting the innovative vegan chicken brand, Daring expects to continue its global expansion by enhancing its distribution and production capabilities. The expansion efforts will be possible due to the company’s most recent $65 million dollar investment that brought its total funding to $120 million.

Chamley-Watson and Newton may be the latest professional athletes to outwardly support Daring, but tennis champion Naomi Osaka has backed the company since 2019. The athletic interest in vegan chicken supports evidence claiming that plant-based eating improves athletic performance and recovery times.

While serving up vegan comfort food is her priority, Cole dedicates her resources to giving back to Atlanta. The vegan entrepreneur founded The Pinky Cole Foundation to help communities around Atlanta. Last year, the foundation provided scholarships to 30 juvenile offenders and create college funds for the children of Atlanta-native Rayshard after his killing by police last summer.

Last year, Cole teamed up with PETA to help launch the organization’s food justice campaign dedicated to holding the government accountable for food insecurity and damages caused by animal agriculture. While food insecurity and nutrition deficit remain prevalent in Atlanta, Cole and Newton’s effort will help bring attention to the benefits and solutions placing plant-based food at the forefront.