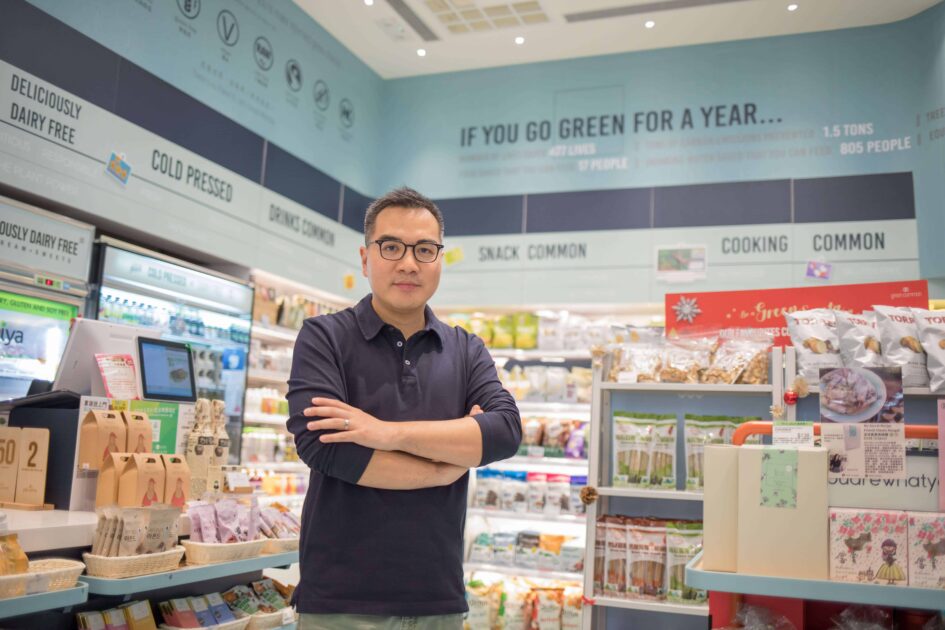 Can One Man Change the Eating Habits of The World? David Yeung is on The Plantbased Business Hour – vegconomist – the vegan business magazine

Can one man change the eating habits of a continent and maybe the world? David Yeung is on

David Yeung started Green Monday in 2012, and subsequently in 2015 and OmniFoods in 2019 to address the issues of a rising population, climate change, food scarcity, and animal cruelty in China. He is a world change-maker for the sustainable common good and a gentle force to be reckoned with, hopefully guiding China towards a healthier future. Now he is impacting more than China.

Formerly only available in Asia, the much anticipated 100% plant-based OmniPork series from  is now on store shelves in the freezer aisles at Sprouts Farmers Market and Whole Foods Market. Reflecting the demand for plant-based products, delicious Omnipork alone was selling 1 Million+ packages a week in 2020 before Covid.

In their long-form interview, David sits down with Elysabeth to discuss

Below is a clip and transcription from the long-form interview of David explaining how he is “out-cooling” the meat and dairy competition.

Elysabeth: Let’s talk about what you’re up against there. So, Coca-Cola has gone into China bringing dairy. They bought Fair Life. You probably all remember the Fair Life scandal of abuse. It’s certainly not the only case of abuse. There’s abuse for all dairy cows basically, but Coca-Cola bought Fair Life and it went to China basically pedaling Fair Life and other milks. And this is pedaling it to a dairy intolerant and milk intolerant community, but they’re putting a lot of money behind making it cool. So how do you combat something like that?

David Yeung: Well, that shows how impactful, sometimes in a very negative way, marketing can be because people suddenly think that if everyone’s drinking milk then we should drink it too. But they’ve forgotten that 70% to 80% of Asians are lactose intolerant. I am lactose intolerant, so that’s not the right food for us. It’s just because of that herd mentality. It’s like if everyone is doing it, it must be cool and we need to follow them. And that is getting us into trouble particularly from a health standpoint. So, in terms of how to go against it, you know, really we need to out brand them and we need to out market them. We need to out cool them.

Elysabeth: You can do it, David.

David Yeung: That’s why people think this whole plant-based food revolution is not entirely just what happens in the R & D lab in terms of developing the most innovative, whether it’s a dairy alternative or a meat alternative or any tasty delicious food. It is a marketing war. It is a branding war and how do we beat those guys at their own game? It is very important.

Elysabeth: I often think that beating them at their own game means really including them into our game. So, as a lot of people say, “Oh gosh, Cargill is now getting into the plant-based business,” or Maple Leaf or JBS. I often think it’s better to bring them on and use their distribution channels and their heavy, heavy deep pockets to do the marketing so that we’ll see hopefully in five years just how manly it is to eat plants. That’s what I’m waiting for.

David Yeung: Yes, and now when I say “out marketing” and “out branding” it just means that from a consumer standpoint it needs to be up to that standard. We cannot just say, “Oh, because it is good, even if the packaging is horrible, you should eat it because it is good for the world.”  I mean, unfortunately, ninety-something percent of consumers are not that conscious. They are not that mindful.  So, between this ugly packaging that is healthy and this sexy packaging that is bad for you, sadly 90% or maybe even 98% of people will choose the latter and not the former. We need to raise our game so that we check all the boxes.

Elysabeth: What about the health implications for now that it is incorporating a Western diet of meat and dairy?

David Yeung: There’s no doubt that the healthcare burden has gotten enormous and it’s getting worse and worse. And it happens so fast because this affluence and economic growth really just skyrocketed in the last fifteen to eighteen years. So, as much as China was anticipating growth, they couldn’t anticipate the kind of baggage that would come with it, you know, the side effects. But those side effects are now hit head on and expose the animal farming industry. Again, not that long ago, not as much meat was consumed.  Now suddenly they need to feed so many people with so much meat and now African Swine Fever, Avian Flu, which I don’t even know how many times it has occurred, and then of course this gigantic crisis called Coronavirus, and they all come from food. They all have a deep correlation to the food industry, particularly the meat and dairy industry. So now I think with the crisis China really has no choice but to reexamine in a very deep way what should be the sustainable way to feed the country and to avoid getting into this kind of huge crisis again.

Elysabeth: It’s always odd to me when I hear people explain away this need for meat despite health problems, financial problems, and global pandemics. It’s just incredible.

For inquiries regarding sponsorship of The Plantbased Business Hour, contact Emma Clarkson at