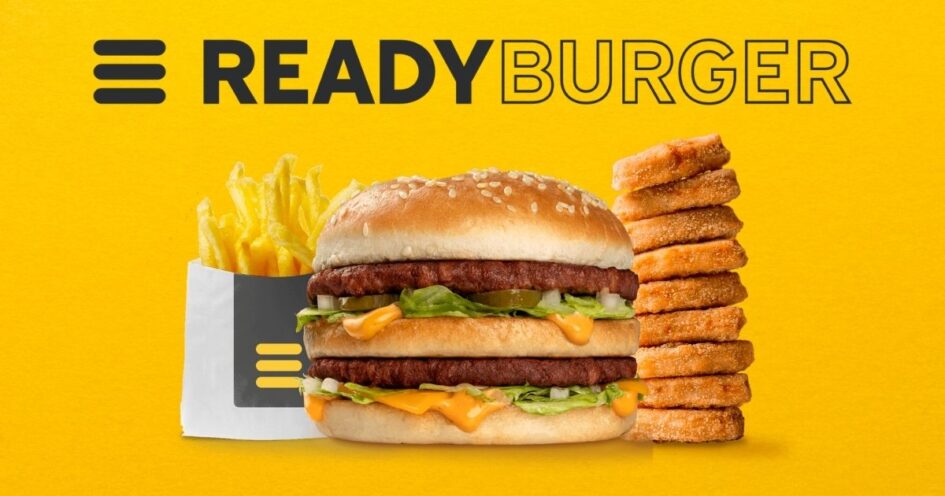 Plant-based meat has been around for decades, with small but mighty vegan companies working overtime to improve technology, gain consumer trust, increase transparency, and break stereotypes around plant-based eating.

The sector has continued to grow, with vegan and vegetarian meat not only becoming more “realistic” and affordable (see: Ready Burger’s 99p vegan burger, thought to be the first of its kind), but finding its own unique and well-defined place on the table and securing category-wide success.

In 2020, retail sales of plant-based meat increased by 45 percent in the US, surpassing the $1 billion mark for the first time and hitting an eye-watering $1.4 billion. This growth was twice as fast as conventional animal meat for the same period.

Profiting off the vegan movement

Keen to keep up, stay relevant, and not lose out on profits, a host of major names like Nestlé, McDonald’s, and KFC have taken their own swings, cooking up plant-based versions of their popular meaty classics.

In June 2019, KFC UK trialed its first-ever vegan burger. The item sold out in four days, with sales 500 percent higher than its conventional chicken burger. During the pilot, one KFC restaurant in Gloucester Road, London, was selling a vegan burger every minute.

McDonald’s and Burger King drew in a similar hype when debuting their own meat-free options. In October 2021, McDonald’s UK introduced its first vegan burger at a handful of locations. And by January 2022, following a “remarkable” response, the fast food chain had rolled it out to all of its 1,300 restaurants in the UK/Ireland.

The problem with conventional fast food

While hungry plant-eaters have largely welcomed the change, others are more wary. Major fast-food companies have profited off animal exploitation for decades, contributing to public health crises and environmental destruction in the process.

The animal impact of these corporations is difficult to take in. In 1952, McDonald’s was selling one million beef hamburgers a year. Now, it’s estimated to be closing in on its 400 billionth burger sale. And while it’s near-impossible to measure the number of animals’ lives lost for that amount of food, McDonald’s says a single batch of its beef can contain meat from more than 100 cows.

Aside from the animal welfare implications, these foods are incredibly damaging to the planet. It’s estimated that McDonald’s alone expels more than 53 million metric tons of carbon every year – more than the whole of Norway – and that number is still climbing.

It’s statistics like these that are driving more consumers towards veganism. Environmental concerns were one of the top three reasons thousands of people signed up for this year’s Veganuary challenge.

This is because plant-based food, in general, places far less pressure on planet Earth and its resources, evidenced by an ever-growing body of research. And the same goes for meat-free fast food.

But now that veganism is “in” (and money can be made), the same organizations that have long polluted the planet whilst exploiting animals have begun to dip their toes into the plant-based market too.

In an effort to steal back the spotlight, smaller mission-driven companies are producing and promoting their products in unique, unexpected ways.

JUST Egg, for example, took out a cheeky full-page ad in The New York Times last month (and erected a giant billboard in Manhattan) to shout about the health benefits of plant-based food. Also in February, vegan charity Viva! launched a controversial advert on Channel 4 to highlight the cognitive dissonance involved in eating meat.

Along a similar vein, vegan dairy producer Naturli recently poked fun at the food industry’s ongoing issue with plant-based companies using terms like beef, sausage, or milk to describe non-animal products. Naturli’s solution? Relabeling its non-dairy milk like so: “DO NOT! CALL ME M_LK.”

Ready Burger takes things up a notch. The company’s tongue-in-cheek branding encompasses everything from the design of its London stores to its tantalizing menu. And the message is crystal clear: animal-free dining does not mean sacrificing the foods we’ve come to love.

And, importantly, they are affordable, healthier, and kinder to the planet.

Ready Burger’s marketing is apt, given that McDonald’s and similar companies now profit off a movement they didn’t help to create. Returning the favor, Ready Burger borrows bits of McDonald’s branding in a thinly veiled swipe at the fast-food titan.

The future of fast food

And these methods appear to be paying off. Ready Burger has sold more than 260,000 vegan options since it first opened its doors in London last year. Additionally, two more UK locations are slated to launch soon (watch this space), with global expansion also on the horizon.

Investors are seeing the potential too. In July 2021, Ready Burger closed its first funding round with Crowdcube, bringing in £2 million from 842 investors in return for 22.47 percent equity.

It’s a trend cropping up industry-wide, with more investors putting their trust in the vegan meat market, which is only projected to snowball. A report from December 2021 predicts that the global vegan meat market will accelerate by 93 percent (hitting $8.3 billion) by 2025 – a CAGR of 15 percent (for context, the CAGR of the global meat market is around 10 percent lower).

Ready Burger CEO and co-founder Max Miller is confident this momentum will stick around. He explained that his team is doubling down to “make it even more accessible for everyone to try a vegan diet.”

He said: “We’ll never compromise on flavor, convenience or price. Instead, we’ve worked hard to deliver a menu of flavor-filled classics that people can’t tell apart from meat-based counterparts.”

“We’ll be bringing more world firsts with exciting new menu items in 2022, all at the same prices people have come to know us for, and we have advanced expansion plans with new stores.”

“We won’t be stopping here!”

This is a paid-for advertorial.

Could This Vegan Fast Food Chain, Ready Burger, Be The Next McDonald’s?

Ready Burger: “Looking at Numerous Flagship Locations So We Can Truly Compete at the Same Level as McDonald’s, Burger King & KFC”

Vegan Fast-Food Chains Are Spreading Nationwide. Can McDonald’s Keep Up?