Can vegans really be exempt from mandatory Covid-19 vaccination? 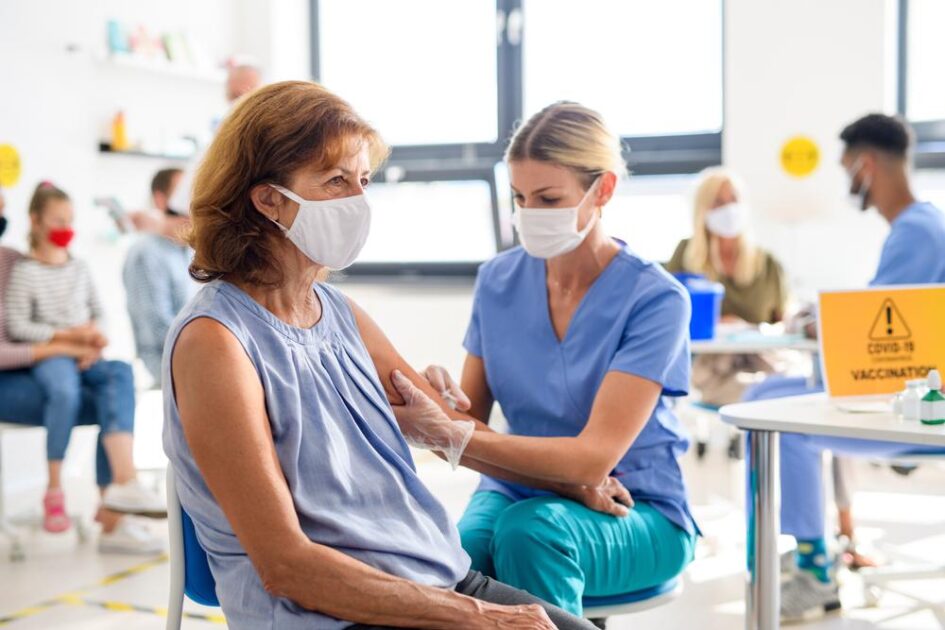 Some believe vegans could be exempt from the Covid-19 vaccine under the legal protection of ethical vegans. Jordi Casamitjana, who secured that status, says it isn’t that simple.

After I won my legal case in 2020, which ended up with an employment judge in Norwich ruling that ethical veganism is a protected characteristic in Great Britain, my name is often mentioned in discussions regarding vegans’ rights.

However, I have recently seen it also when talking about vaccinations. Many say that, because of that ruling, vegans would be exempt from mandatory vaccinations in any public or private policy. This is not necessarily true.

Firstly, my case only affects ethical vegans, not anyone who simply claims to be vegan. An ethical vegan is someone who fully follows The Vegan Society’s definition of veganism: “A philosophy and way of living which seeks to exclude — as far as is possible and practicable — all forms of exploitation of, and cruelty to, animals.” Therefore, someone who only applies veganism to their diet will not be covered (and thus, any inference of my case affecting mandatory vaccinations would not apply to them either).

Read our story exploring whether the Covid-19 vaccine is vegan-friendly or not.

Ethical veganism and anti-vaxxing beliefs are not the same

Just because ethical veganism is now a protected characteristic doesn’t mean that the anti-vaccination belief also is. Each different belief must be tested by an employment tribunal to determine if it is capable of being protected under the Equality Act 2010. In the same way that only ethical vegans, and not dietary vegans or vegetarians, are recognised as protected (vegetarianism was rejected by the same judge in a previous case), any specific manifestation of a belief is not necessarily protected if it is not an integral part of it. And being against vaccines is not an integral part of veganism.

Most vegans I know, including me, have been vaccinated against Covid-19 because, although we try to avoid the use of products tested on animals, we are not against vaccines as such. We accept that vaccines are effective public health measures against infectious diseases, and the Vegan Society agrees.

We wish we had vegan-friendly vaccines that had not been tested on animals, as it is possible to develop vaccines that are suitable for vegans. They should not have any animal ingredients (as many modern vaccines no longer do), no animals should be used in their production (and this is very feasible), and they should not be tested on animals (which, currently, all are, but this is a matter of policy that can be changed).

However, as with any other product that we need, when a vegan-friendly alternative is not practical or possible for us (read the definition above), we may have to use, reluctantly, a non-vegan-friendly version instead.

If the anti-vaccine belief is ever tested in a tribunal, I doubt it would also gain protection. Protected beliefs have to fulfil several conditions, including “not conflicting with the fundamental rights of others”. Considering that vaccines are public health measures designed to protect the vulnerable, it could be argued that their rights to good health could be violated by people holding a belief that systematically rejects vaccines and increases the chances of spreading infection. And any anti-vaxxer pretending to be vegan to avoid potential vaccine regulations would be exposed as a fraud at a tribunal.

What do legal experts think?

Some lawyers have been quoted in the press stating that vegans could be exempt if companies introduce mandatory vaccination rules in Britain because their beliefs are protected. A spokesman for the law firm Lewis Silkin told the Telegraph: “Some ethical vegans may disagree with vaccinations on the basis that they will inevitably have been tested on animals.”

Alan Robertshaw, a vegan barrister from Goldsmith Chambers and member of the UK Centre for Animal Law, has a different opinion. “It seems unlikely that vegans would end up exempt from any prohibition on non-vaccinated persons in a workplace,” he tells me. “Indirect discrimination isn’t unlawful if there is a justification for the treatment.”

He adds: “The classic example is the fire service having a ‘no beards’ policy. This, indirectly, discriminates against Sikhs. However, the discrimination is not unlawful, as beards interfere with respirators and thus inhibit a bearded person’s ability to do the job. So, an employment tribunal might still find an employer was justified in insisting on vaccinated employees on public safety grounds.

“There is also the aspect as to whether a particular action is an essential part of the protected belief. A court might well find that, whilst some vegans are opposed to vaccines, not all are. So, this is a stance that falls outside the requirements of the protected characteristic.”

Rejecting the Covid-19 vaccine may not be compatible with veganism As a vegan, how far would you go to try to prevent harming another sentient being? Ethical vegans are people who try to minimise as much as possible the harm they cause to other sentient beings (which means all animals, including humans). If Covid-19 vaccines prevent harm done to people and even other animals (who can also become infected) during a dangerous pandemic, is rejecting them for ideological reasons compatible with veganism?

On the other side, all of these vaccines have been tested on animals, so using them is not compatible with veganism either.

A real dilemma for ethical vegans. There is not a single obvious “vegan way” to deal with it, and vegans have to resolve this conflict according to their circumstances, concerns, and beliefs. We should never judge others for having chosen differently than us, and we should challenge anyone who shames a vegan for having decided either way.

By choosing to get vaccinated, I know I committed an anti-vivisection transgression, and I feel very bad about it. Other vegans who rejected the vaccine may now feel bad for increasing the chances of infecting other sentient beings and not helping to stop a pandemic. Governments should not put vegans in such a difficult position. They should promote animal-free research and develop vegan-friendly vaccines to prevent us the anguish of being forced to choose an option against our beliefs.

Politicians must work towards inclusive public health measures — not only because no community should be obliged to make impossible choices, but also because such measures would be accepted by more people, and therefore become more effective in the end. It’s a matter of common sense.

What You Need To Know About Vegans & Vitamin B12

How many types of vegans are there?

How to deal with bugs without killing them as vegans