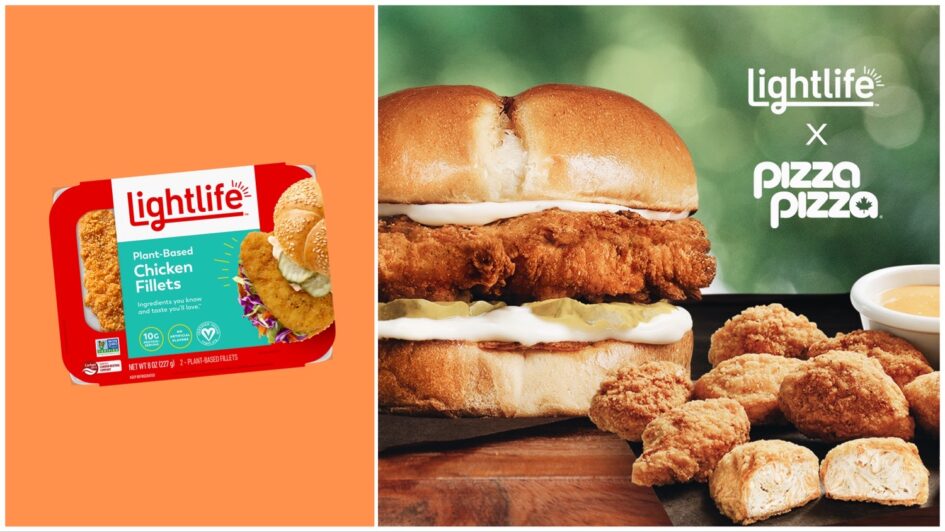 Pizza Pizza has partnered with Lightlife to add vegan chicken to the menu.

The Canadian chain is already well-known for its vegan-friendly food options. Meanwhile, popular plant-based brand Lightlife has been the household name behind KFC Canada’s vegan chicken meals since 2020.

“At Pizza Pizza, we’re amazed at the quality of Lightlife Plant-Based Chicken,” says Adrian Fuoco, Vice President of Marketing at Pizza Pizza. “We’re so excited to make this accessible to Canadians who are looking for quality plant-based options.”

Lightlife’s Plant-Based Chicken tenders and fillets launched in May of this year. According to the brand, each serving includes up to 10 grams of protein. The vegan chicken features the “authentic taste, breaded crunch, and pull-apart texture” of traditional chicken products.

“Lightlife is excited to partner with Pizza Pizza to offer consumers something they can enjoy without compromise,” says Dan Curtin, President of Greenleaf Foods, the plant-based parent company of Lightlife and Field Roast. “A delicious and satisfying breaded plant-based chicken made with simple ingredients they can feel good about.”

This year has seen the launch of a variety of vegan chicken products, including tenders from Beyond Meat and hyper-realistic Tindle fillets. Even waffles from Eggo now come with a side of vegan chicken.

‘We are extremely proud of our expanding plant-based menu’

“We are extremely proud of our expanding plant-based menu,” adds Fuoco. “[We] look forward to further innovation in this growing category.”

Pizza Pizza isn’t the only QSR restaurant in Canada where customers can buy a slice featuring vegan meat. In May of this year, Pizza Hut introduced Beyond Meat sausage crumbles at select locations in the greater Toronto area. However, the chain has paired the exclusive new topping with dairy cheese.