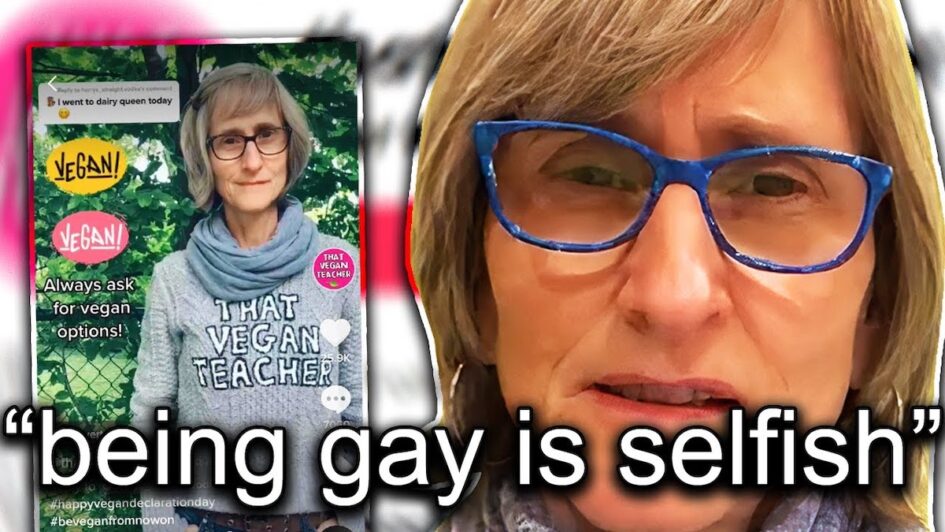 That Vegan Teacher AKA Kadie Karen Aka Kadie Karen Diekmeyer (real name) has been straight out problematic, ablest, and a straight-up racist in the vegan community for years.

We all avoided her and let her live her cringe existence in her own little world and that was fine until she ventured to Tik Tok where she made the vegan animal rights community look like a joke.

She amassed over a million followers on Tik Tok’s platform before being deleted for multiple community violations and I thought that would be the end.

I was actually in the midst of writing this very article when her account was terminated so I figured I’d delete it and move on as she was well canceled.

Today I see so many fellow vegans defending her and shopping around a Change.org petition to get her Tik Tok back. NO, SHE DOES NOT DESERVE A PLATFORM.

Below are screenshots she had with me sometime last year on Facebook which prompted me and others to cut all interactions with her vile points of view and personality.