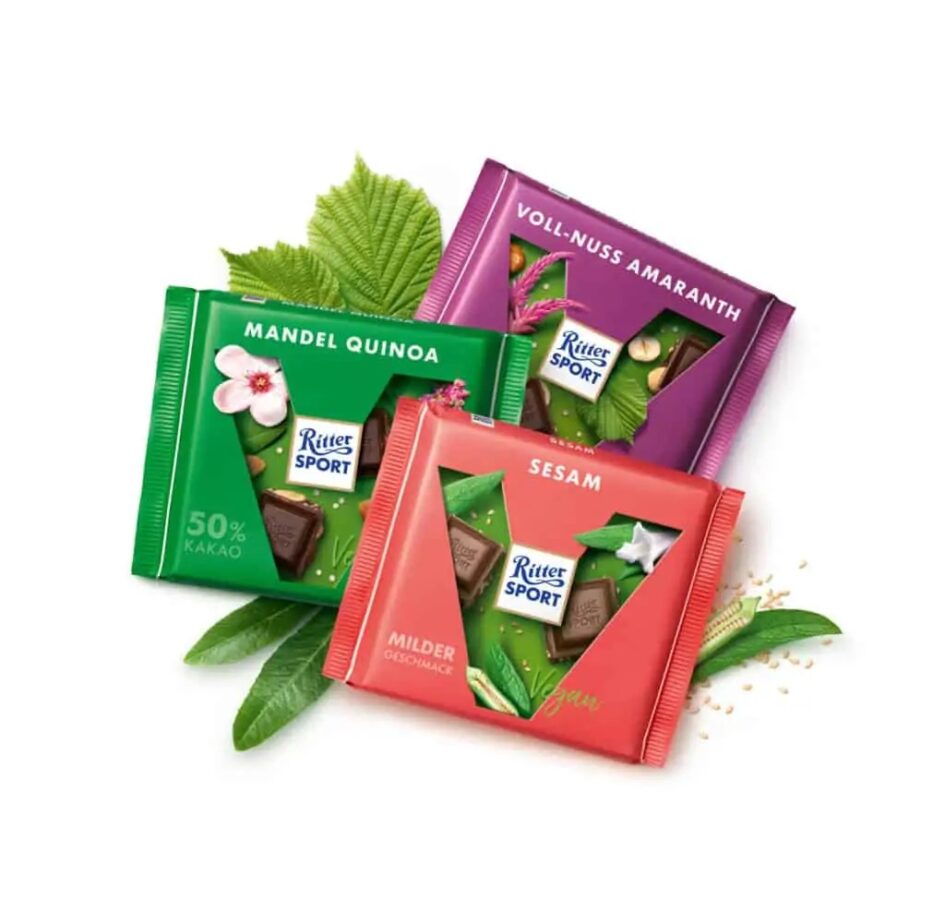 From January, German chocolate brand is adding a new variety to its vegan product range — the ‘Vegan Pure Without Moo’ — in time for 2022, for German consumers, who are increasingly shifting to a plant-based diet.

Ritter Sport has a brand awareness of 99% in Germany and belongs to the family-owned Alfred Ritter GmbH & Co. KG, which is known as the first major chocolate manufacturer in Germany to grow its own cocoa on its own plantation. Additionally, the long-established company became the range for the German market in 2016.

With its new chocolate addition, Ritter Sport responds to the vegan boom in Germany, a trend extending to every category including chocolate bars. According to the latest GfK household panel, there were 1.13 million vegans living in Germany in 2020, 180,000 more than the year before. Overall, vegan was found to be a major product attribute for 14.4% of German consumers.

Ritter Sport has in the past when it released its sugar-free vegan chocolate “Cacao y Nada” in February 2021. According to German food law, a chocolate must contain sugar, otherwise it cannot be referred to as chocolate. Ritter Sport boss Andreas Ronken issued a statement on the matter, commenting that German “food law must keep pace with innovations of this kind.”

The new addition to the vegan line, the ‘Vegan Pure Without Moo’, does contain sugar, and consists of just four ingredients with the others being cocoa mass, high-quality almond flour, and cocoa butter.

“With the ‘Vegan Pure without moo’, Ritter Sport addresses all chocolate fans who are looking for products with exclusively plant-based ingredients and for whom sustainability is an important aspect in their choice of food,” states the company in a press release.