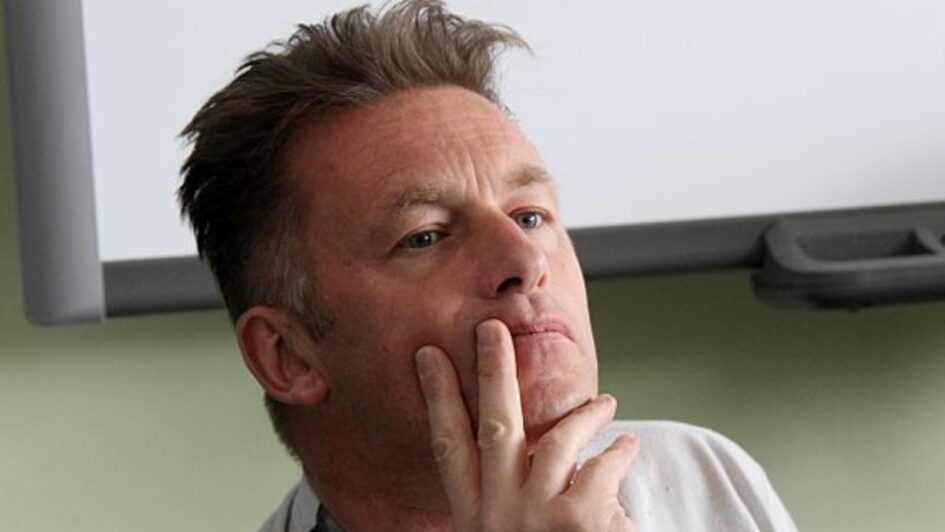 English environmentalist and television presenter Chris Packham has spoken out about the recent slaughter of Geronimo the alpaca, calling the event ‘horrific’.

Earlier this week, an 8-year-old alpaca was euthanized after testing positive for bovine tuberculosis in 2017.

Desperate to save him, Geronimo’s owner Helen Macdonald engaged in a four-year legal battle with the Department of Food, Environment and Rural Affairs (Defra).

Macdonald, who is a veterinary nurse, urged for Geronimo to be re-tested after concerns that the tests were not accurate. A petition pushing for the alpaca’s life gained more than 140,000 signatures.

But ultimately, Macdonald’s pleas were denied and Geronimo was dragged from the farm by a team of Defra members and the police force.

“I’m feeling really depressed. I’m feeling more depressed than I have done in some considerable time,” the presenter said.

He spoke about the footage of Geronimo being removed from the farm. “I found those images extremely distressing. Because I like animals, because I like life. Because I respect life,” Packham, who went vegan in 2019, said.

He continued: “When I saw those images of that terrified animal being separated from its small herd, and dragged across a field, and tied inappropriately in a van in extraordinary distress to be led away to slaughter, I thought to myself, there can’t be a person with any real depth of compassion for other animal life in this country who would condone that behavior.”

Defra did not allow an independent vet to present at Geronimo’s post-mortem, which Packham said was ‘extremely worrying’.

“Because it portrays an extraordinary degree of arrogance. What it indicates to me is that these people are beyond accountability,” he said.

Packham ended the video with a more hopeful message.

“Tomorrow’s another day. Gotta go get up, keep going, press will reform, and remember to be kind,” he said. “Just be kind in the way that we try to lead progress.”