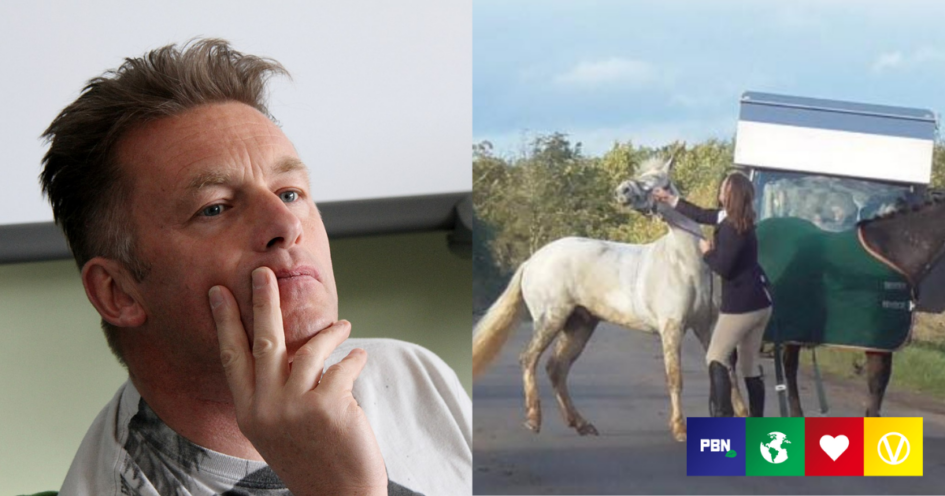 The RSPCA is cracking down on animal cruelty within the hunting sector, after a hunt rider was filmed kicking and punching a horse.

The animal welfare charity, purported to be the largest of its kind in the UK, has urged witnesses to step forward.

Anti-hunting group Hertfordshire Hunt Saboteurs shared the video to social media, describing it as: “Violence running through their veins.”

At the time of writing, the video had surpassed 3.4 million views.

In the clip, primary school teacher Sarah Moulds aggressively grabs the animal by the reins, strikes them, and pulls them into a truck.

She was riding with Rutland-based foxhound pack Cottesmore Hunt. It’s one of the oldest foxhound packs in Britain.

According to The Times, Moulds was listed as a team leader of the Cottesmore Pony Club, and co-organizer of next year’s junior summer camp. However, this information has since been removed from the club’s website.

Hertfordshire Hunt Saboteurs shared a statement online about the footage. The group said that the hunt stewards watched the rider hit the animal and did “absolutely nothing to stop her.”

“If that is how they treat their horses while in full view on a public road just imagine the abuse they suffer out of sight,” the group wrote.

They also said they witnessed hunt members illegally blocking roads on multiple occasions. And, that the hunt had their bird of prey with them, despite recent warnings of an outbreak of bird flu.

Wildlife presenter and conservationist Chris Packham spoke out about the incident on Twitter. He directed his post at the RSPCA UK, of which he is vice president.

“Good afternoon [RSPCA], as a VP can I call upon you to urgently investigate and definitively prosecute this appalling abuse – thus upholding our standards of animal welfare protection. Thank you,” Packham wrote.

The charity shared a response to the “upsetting” footage.

“We will always look into, and if necessary, investigate any complaints made to us about animal welfare. We would urge anyone with first hand information about this incident to contact us on 0300 123 4999,” it wrote.