Climate Lawsuits Are Forcing Countries and Corporations to Take Action 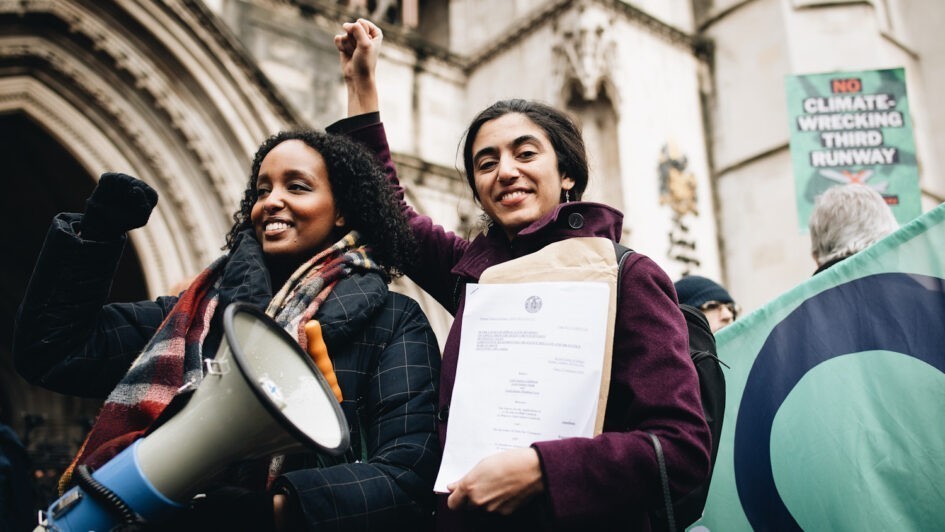 An increasing number of people are taking out lawsuits against governments and private companies for their failure to take effective action on climate change. Many of them are winning.

Worldwide, the cumulative number of global warming-related legal cases has more than doubled since 2015, the year of the Paris Climate Agreement. Just a little over 800 cases were filed between 1986 and 2014, while more than 1000 have been brought in the last six years.

Out of those 1000, there have been 37 “systemic mitigation” cases against governments specifically targeting either government inaction or a lack of ambition in existing targets. It is unprecedented that activists are successfully taking governments and corporations to court over their attitude to climate change, and as more people feel the effects of the changing environment the overall number of climate lawsuits could increase.

According to the Climate Neutrality Forum’s autumn 2021 report, the continuing and notable lack of policy-based solutions to global inequality, injustice, and environmental concerns will continue to open up responsible parties to climate litigation in the coming years.

“Litigation is time-consuming and potentially expensive,” says Tim Crosland, an eco-barrister and director of the charity Plan B Earth. “People turn to the courts when politics has failed us and the injustice becomes too much. That’s what we’re seeing now.”

The number of successful climate lawsuits is increasing

Many existing climate cases draw lines between world governments’ legal obligation to protect and serve people (at least in theory) and the now inarguable link between climate change and humanity’s future survival, let alone quality of life. Countries with nonexistent or ineffective climate and environmental legislation will have to make significant improvements.

“Governments are being called to make thorough plans with equity embedded and can’t afford to leave out, or leave for later, efforts to address the equity concerns that arise as a result of, or a failure to rise to, the climate-neutral transition,” writes Kaya Axelsson, Climate Neutrality study co-author and Net Zero Policy Engagement Fellow at the University of Oxford.

In 2015, following a lawsuit organized by sustainability nonprofit Urgenda, a Dutch court ruled that the government had a legal obligation to protect its citizens from the inevitable impact of climate change. The landmark decision, considered to be the “world’s first climate liability suit,” forced the state to take additional measures in order to reach the pre-established emissions targets which it was failing to meet.

As a result, the government introduced a new climate plan and closed a power plant several years earlier than previously planned. This case in itself prompted several further lawsuits around the world and set a precedent for governments actually being held accountable, both to their existing promises and their citizens. (Important note: it’s still unlikely that the Netherlands will reach its 2030 deadline unless it takes even more meaningful measures.)

“Our Governments have known about the climate crisis for decades, even if it’s only relatively recently that the devastating impacts have become impossible to deny,” says Crosland. “Unless we see Governments make a decisive break with the carbon economy, that is threatening us all, we will see a tidal wave of litigation and civil resistance.”

The now-amended law sets a 2045 deadline for achieving climate neutrality and calls for a 65 percent reduction to greenhouse gas emissions by 2030 compared to 1990. This ruling will also require parliament to be more specific in how it plans to achieve its future climate mitigation targets, including via natural carbon sinks such as forests and peatlands.

As in the Netherlands, this case’s resolution also comes with significant implications for other world governments prone to vague, ineffective, or buck-passing environmental measures.

In May, a case brought by Friends of the Earth, six other organizations, and over 17,000 Dutch citizens ended when the court ruled in their favor. As a result, fossil fuel giant Shell must cut its emissions levels by 45 percent compared to its 2019 levels.

This climate lawsuit marked the first time ever that a private company has been legally obliged to honor the targets of the Paris Climate Agreement, once again setting a precedent for potential litigation in the coming years. Ultimately, it means that companies must take responsibility for their impact or risk being held to account later.

Just last month, activists lodged two new legal complaints. In the Netherlands, environmental law charity ClientEarth and advocacy group Plastic Soup Foundation reported supermarket company Ahold Delhaize for failing to accurately report its use of plastic to investors, a breach of EU law. This makes Ahold Delhaize high-risk both in terms of its damage to the environment and as an investment for its existing backers.

Meanwhile, in the UK, three young people backed by Plan B Earth are taking legal action against Prime Minister Boris Johnson for breaching his legal obligation to tackle climate change with “practical and effective” measures, endangering countless current and future communities in Britain and around the world.

“The case is founded on the right to life and the right to family life. It focuses on the Government’s positive obligation to put in place a regulatory framework that safeguards those rights,” says Crosland.

The three defendants, all in their early 20s, argue that the government is impacting the human rights of the younger generation and those in the global south, who will experience the worst effects of global warming long after Johnson and his government are gone.

“Adetola, Jerry Kobina, and Marina are young British Citizens with family in the Global South,” explains Crosland. “They present the court with the following question: ‘How can you say that what happens to my mother, or my brother does not concern my own right to family life, which is protected in law?’”

Plan B Earth was founded shortly after COP21 and the adoption of the Paris Climate Agreement specifically to hold the UK government accountable for its weak climate change commitments. Crosland says that even this one legal case is about all of the “fundamental, structural changes required to avert disaster.”

“The Government knows the climate crisis is an extreme threat to life. It knows what needs to be done to protect people. But it’s not doing it. There are legal consequences to that fundamental violation of its responsibilities which we aim to expose through the Courts,” adds Crosland.

“I don’t believe we win this through the courts in isolation. But as we saw in the Civil Rights movement in the U.S. in the 1950s, litigation has a critical role to play in exposing injustice and in invigorating mass movements of civil resistance.”

‘Take climate action into your own hands this January’ urges Veganuary

More Than 40 Countries Just Agreed to Stop Using Coal. But…