Cook Like a Kitchen Witch With These Magical Halloween Recipes 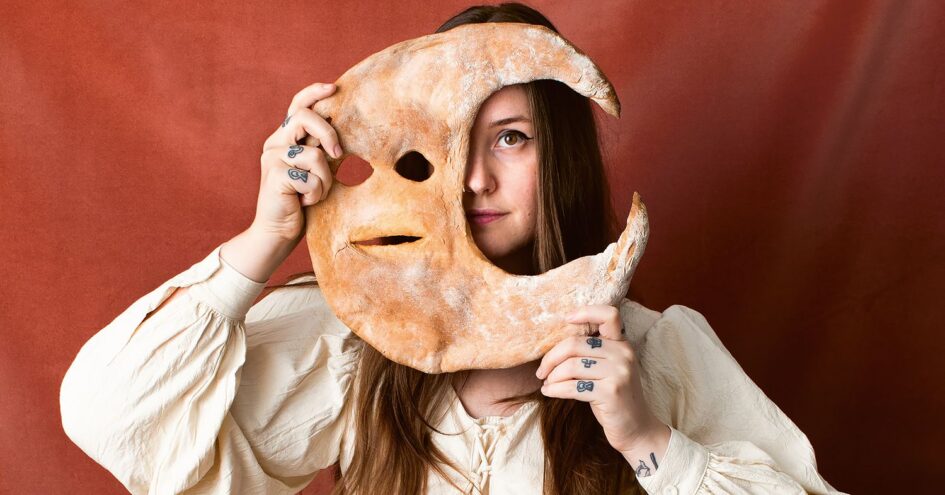 Walk into any witch’s kitchen, and you’ll see the tools of their trade: a big pot, herbs hanging to dry, a mortar and pestle, and probably a well-worn cookbook. The kitchen is the heart of the home; it makes sense it would be the heart of their craft. And it might be the heart of yours too, whether you’re officially a witch or not.

Kitchen witchery, and witchery in general, is rising in popularity as more millennials and Gen Zers seek to add creativity, inspiration, and mystical connection to their food and lives. The movie Practical Magic is the perfect example of kitchen witchery—growing mystical herbs in the garden, banishing demons with a stovetop concoction. Look around; you’ll be able to see witchcraft creeping into your life in everyday relatable ways. Think about how many people you know who ask if Mercury is in retrograde, or pull a tarot card every morning, or have an amethyst or other crystal on their desk.

The Wiccan community alone has grown more than 4,000% since the 1990s, rising from 8,000 practitioners to more than 340,000. Keep in mind, though, that not all pagans and witches are Wiccans—it’s estimated that the pagan population on the whole in the United States is about 1.5 million people, larger than even the Presbyterian church membership.

Whether you’re a kitchen witch or just a little witchy in the kitchen, our season is upon us! Halloween is the best time to experiment. According to folklore, on Samhain (the ancient Gaelic festival that precedes and influences the Halloween holiday), the barrier between the world of the living and the spirit world is at its thinnest. That means it’s easier to connect with ancestors, deities, or any other spiritual entity you can imagine.

We’re starting to stay inside more and enjoying the last of warmer weather’s harvest. It’s a season of change. Everything around us is shifting color, fading into the slower part of its lifecycle. But along with that, there’s rebirth. There’s transformation. Things begin to enter a new phase of life. Think of the herbs you grew over the summer, dried and hanging in your kitchen. What new life are they breathing into the meal on your stovetop? What magical qualities of those herbs are imbued into the food?

October is the perfect time to head into the kitchen and create recipes full of intention. Try using these four ingredients in your own kitchen to embrace your magical side.

Rosemary has such a long magical history that even its name has a legend attached. The story goes that the Virgin Mary put her blue cloak down on a field of white flowers. When she picked her cloak back up, all the flowers had turned blue—creating the herb, Rose of Mary.

Even before that, rosemary was revered in ancient civilizations like Egypt and Greece. It was used for divination (mostly to find information about someone’s future spouse); people kept it under their pillow to stave off nightmares; sprigs were worn for protection; and in Italy, rosemary bushes were thought to be fairy homes. Plus, it’s just plain healthy, according to a study in the Journal of Biomedical Science. It’s full of antioxidants, anti-inflammatories, antimicrobial compounds, and more.

“Not only is it a rich source of antioxidants, rosemary has been used in magical practice for ages,” says Instagram herbalist Allison Olivia Moon. “It can be carried around in a satchel to improve thinking and memory. It’s an excellent herb for clearing negative energy in the household. The smell alone is a mood-booster.”

Try making Moon’s rosemary-spiced pumpkin stew for a protective meal, both physically and magically. “Rosemary pairs beautifully with pumpkin, and now it’s the perfect time since we’re approaching Halloween season,” Moon says. She encourages you to prep this stew in advance, since its leftovers keep well.

Besides pumpkin, you can use any kind of winter squash. Add in some protein like white northern beans and you have yourself a warm meal that is easy to make.

In ancient Celtic cultures, the hazel tree was a tree of wisdom and creativity. Celtic mythology says that there was an ancient Well of Wisdom, and nine magical hazel trees grew on the edge of the well. The hazelnuts they produced were imbued with knowledge, and as they dropped into the well, the salmon that ate them became known as Salmon of Wisdom.

“When it comes to magical trees, there can be none more bewitching than the hazel,” says Melissa Jayne Madara, author of The Witch’s Feast. “From the use of hazel wands in ritual magic, to traditional hazelwood divinations about one’s future, to hazel’s reputed use in uncovering secrets and treasures, the hazel tree has long been considered an ally to witches and sorcerers.”

Madara encourages the use of these witch cakes for divination on any topic or question. “Our ‘witch cake’ explores one possible application for food as a vehicle for divination, allowing us to reveal information and receive counsel by means of kitchen witchcraft.” The use of three divinatory plants, hazelnuts, vervain (a flowering herb also called verbena) and four-leaf clovers, aids in second sight, “being able to ‘see’ or discern our answers from the noise, as a clover with four leaves is spotted within a field.”

The hour of the moon can be determined by using the charts available here.

For centuries, cinnamon has played a role in natural healing, both by settling nauseated stomachs and by regulating blood sugar. But it has magical qualities as well. It’s a warming herb, and as we head into the colder months, it will help keep you toasty. For kitchen witches specifically, cinnamon speeds up the pace at which a spell works, and it attracts happiness and money. Plus, it’s an aphrodisiac.

“As the world slowly turns from green to umber, we all start seeking out warmth, comfort and tradition,” says Lo Juniper, The Coffee Cup Witch. “Halloween, also known as Samhain (pronounced sah-win) is a holiday rich in legend, superstition and lore. It’s the final of the three harvest festivals and celebrates the end of harvest season and the beginning of the dark months. It’s a great time to practice simple folk magic and kitchen witchery using ingredients with magical correspondences and my favorite recipe is this simple Samhain cider.”

Juniper also notes that this recipe’s other ingredients also play important roles in the magic of this recipe, which is designed to summon love, success and money to one’s doorstep. “Apples have long been known as a love and fertility symbol as well as a sign of knowledge, wisdom and eternal youth, so be sure to set your intention as you add them to your cider. The spices included in this recipe, allspice, cinnamon and cloves, are generally associated with the element of fire and play an important role in Samhain magic. They pair beautifully with apples for growth, abundance, luck and prosperity.”

Lo encourages kitchen witches to use this recipe as a natural simmer pot to infuse their homes with delicious aromas, as well as to provide a winter warmer during parties.

All you need for this recipe is your modern witch’s cauldron (a slow cooker!)—or, if you don’t have one, you can simply use a stovetop simmer pot and keep a closer eye on it, checking the cider frequently.

Surprisingly, juniper has a somewhat short mythological history, making appearances as mostly a symbol of fertility or shelter for someone fleeing a dangerous situation. In magic, though, juniper is a powerhouse. It was regularly used for ritual purification by burning the bark, which gives off surprisingly little smoke but smells divine. It had such strong connections to healing and cleansing that people burned it during the plague in the mid-1300s in order to chase disease out of the area.

“The defining quality of gin is juniper, and juniper is a powerful ingredient for cleansing, healing, and psychic enhancement as well,” says Julia Halina Hadas, author of Moon, Magic, Mixology. “It is often used to protect and ward away toxic energy, while helping one still maintain a heightened and positive connection to their intuition. As one can imagine, this would also be a great ingredient to work with for Halloween themes, as well as for the seasonal pine aroma that accompanies the transition from fall to winter.”

Juniper’s cleansing and healing powers take center stage in this recipe—as gin—from Hadas. ““Draw down the potency of the moon to cleanse your energy with this crisp, refreshing rosemary and grapefruit spritzer. With the herbal base of gin, rosemary, and grapefruit for purification, elevated with soothing vegan honey, floral rose, and bubbling sparkling wine, this concoction will revitalize your energy. Delight in this beverage to call down the light of the moon, to cleanse your energy during the waning moon, or to prepare for the coming new moon.”

Our Most Magical Mushroom Recipes for Funghi and Fun Gals

These 8 Vegan Halloween Recipes Are So Good They’re Spooky!

How the [email protected]#! Do I Cook with Saffron

How the [email protected]#! Do I Cook With Saffron?

Potent, Herbaceous, Alluring: How to Cook With Tarragon

How Do I Cook With Kohlrabi?

Bulbous, Bountiful, Bizarre: How to Cook With Kohlrabi