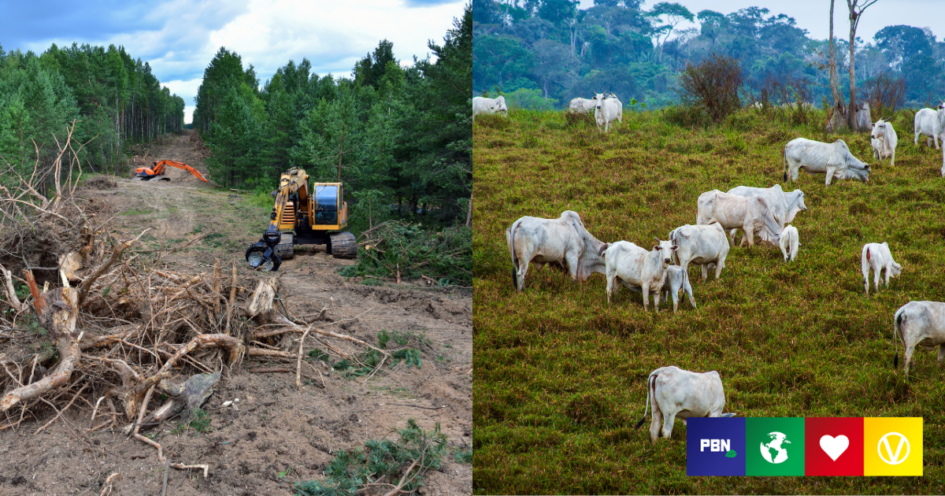 One hundred and five world leaders have signed a landmark global pledge to end deforestation by 2030. The momentous plan involves setting aside billions of dollars to stop slashing trees and reverse human-caused forest destruction.

This week, at the UN Climate Change Conference 2021 (COP26), leaders signed the Glasgow Leaders’ Declaration on Forest and Land Use.

Within it, they accept they must work ‘collectively’ to reverse land degradation and promote restoration.

And within the plans, agricultural companies are being pressed to limit their role in driving forest clearing.

Among the countries committing to the plan include Australia, Brazil, Canada, Chile, France, Russia, Spain, the US, and the UK.

And, a staggering almost £9 billion of public money has been set aside in the package to support it.

Additionally, 10 companies with market shares in beef, soy, cocoa, and palm oil production have agreed they will help halt forest loss. However, the UN has not revealed exactly which companies this involves.

Upon announcing the news, the UK government revealed that 30 CEOs of companies connected to agricultural practices had agreed to eliminate investment in deforestation.

They will make their “best efforts to eliminate forest-risk agricultural commodity-driven deforestation activities” over the next five years.

In a statement, the UN said: “We intend to build on our shared efforts.

“Working with governments, farmers, and other key stakeholders in our supply chains, to accelerate sector-wide action and to identify opportunities for public-private collaboration to catalyze further progress on eliminating commodity-driven deforestation.”

The hope is that the commitment will help reach targets set in the Paris Agreement to keep the world from warming more than 1.5 degrees.

There has never been such a vital time to protect forests, but campaigners remain cautious.

With around 80 percent of global deforestation caused by agricultural production – largely as a source of animal feed – questions remain over what global leaders are doing to discourage meat and dairy consumption.

And despite it being made clear by the UN in 2019 that we can protect and restore our forests through dietary change, global policymakers have remained hushed on recommending plant-based diets.

Greenpeace USA stresses that many companies have made deforestation commitments in the past without ‘fruition’.

“Due to the lack of fulfillment of the Cattle Agreement and other factors, cattle remains a major threat to the forests and natural ecosystems”, the organization adds.

Speaking on the pledge, Dr. Justine Butler of vegan charity Viva! says we can’t meet the targets without changing what we eat.

In a statement sent to PBN, she added: “Animal agriculture contributes around one-fifth of all global-warming greenhouse gases.

“And, livestock farming lies at the heart of all the environmental problems we are facing; from the destruction of rainforests and the vandalizing of oceans to the pollution of the air we breathe. We are currently undergoing a sixth mass extinction, with no idea what the consequences will be.

“Most people recognize the severity of the problem and the links with animal agriculture.

“However, the government’s continued refusal to name and shame animal agriculture as a major driver of climate change is jeopardizing our chances of meeting climate targets. We can achieve net-zero emissions but not without changing the way we eat.”