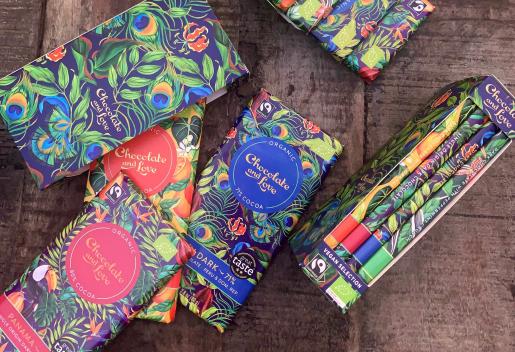 There’s not long to go until some of the world’s most prominant leaders and delegates touch down in bonnie Scotland for the 26th UN Climate Change Conference of the Parties (COP26).

And while we’ve heard that the menu will be as environmentally-friendly as possible, being predominantly plant-based with with 80% of the ingredients used coming from Scotland, what else is on offer for those looking to shop local during COP26?

Below is our list of some of the best Scottish brands and businesses carrying products registered with The Vegan Society’s Vegan Trademark.

With on-going conversations around climate-change we had to start with carbon negative brewery – BrewDog. As of today it has 85 different drinks registered with the Vegan Trademark

In 2020, Aberdeen’s BrewDog purchased a 9,308 acre plot of land in the Scottish Highlands and by 2023 they plan on planting their own trees there, embarking on one of the largest reforestation projects the UK has ever seen. The company also plan to restore acres of peatland which are extremely effective in sequestering carbon. BrewDog’s current slogan is ‘Make Earth Great Again’. So next, time you’re enjoying one of their beers (there’s non-alcoholic options too!), you’re doing a little something for the planet – pretty cool, right?

Sticking with alcohol, next up is Glasgow’s own Genius Brewing – who you might well recognise from a appearance on Dragon’s Den earlier this year. Genius Brewing was launched in 2018 with a mission to make drinking healthier and offer low calorie craft lager (that’s vegan too!).

There’s good news for cheese lovers too, as the award-winning Bute Island, the company behind Sheese, are also a top Scottish brand. From mature chedder and edam to French style brie and a chive spread – every flavour and style of Cheese is not only vegan but gluten free and non-GMO too. The production process is entirely animal free and takes place in their dedicated Free From Factory on the idyllic Isle of Bute in Scotland. All Bute Island products are widley available too, with Tesco, Ocado, Waitrose and The Vegan Kind Supermarket all stocking it.

Edinburgh’s Fellow Creatures also make the cut, thanks to their delicious vegan chocolates that were actually inspired by a love for cows. Founder Zsolt grew up in a family of dairy farmers, but turned vegan after leaving Hungary at eighteen. Her company now producers delicious creamy chocolate bars, including salted caramel and white raspberry, that are much kinder on animals and Mother Earth. Yay! 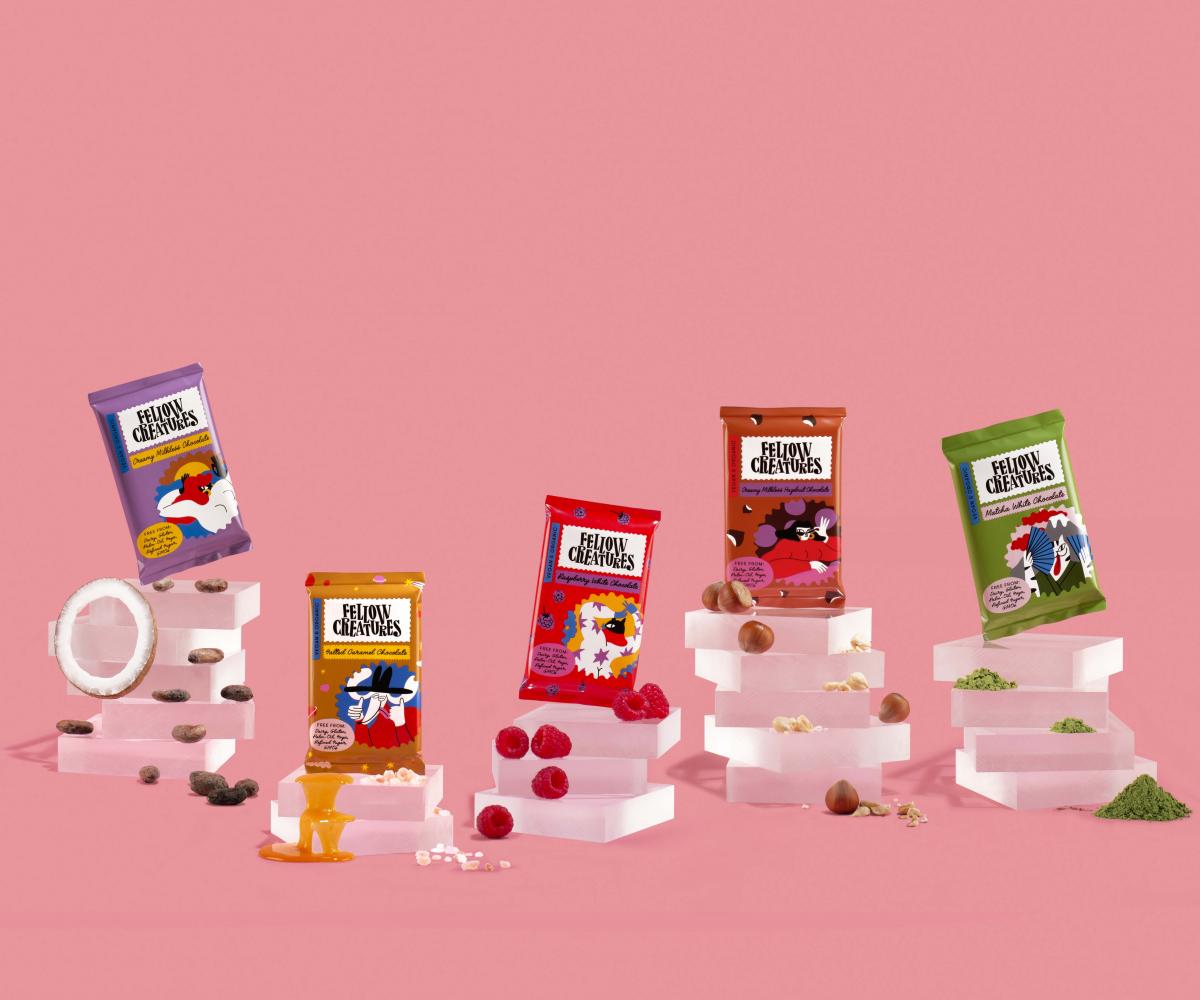 Chocolate and Love, created by a husband and wife team in Perth, are another firm favourite with 7 different flavoured chocolate bars on offer. From coffee, mint, orange, pomegranate and original dark chocolate bar – there’s something to suit all tastes. It’s a company that cares about the environment too, with beautiful outer wrappers (resembling fancy wallpaper!) made with paper that is 100% Forest Stewardship Council certified.

Away from food and drink and we have Beauty Kitchen which was founded by a chemist, botanist and sustainability expert who struggled to find natural and sustainable beauty products that really worked. Based in Wishaw, North Lanarkshire, 95% of their products, including facial oils, BB creams and shampoo bars, carry the Vegan Trademark. As well as introducing their RETURN• REFILL • REPEAT scheme – allowing customers to send their packaging back to be washed and reused in the next batch – Beauty Kitchen also offer carbon neutral delivery on all orders over £40 – so you can feel good about treating yourself!

Finally, and perhaps most importantly for those in Glasgow for COP26, is our Vegan Trademark partner LiberEat. Created by a nurse from Aberdeen, the food app helps those with food allergies, food intolerances, or dietary preferences, such as vegan or gluten-free, navigate their options. As well as checking specific products in the supermarket, or recipes online, LiberEat can also filter restaurant and takeaway menus to show you what you can have. 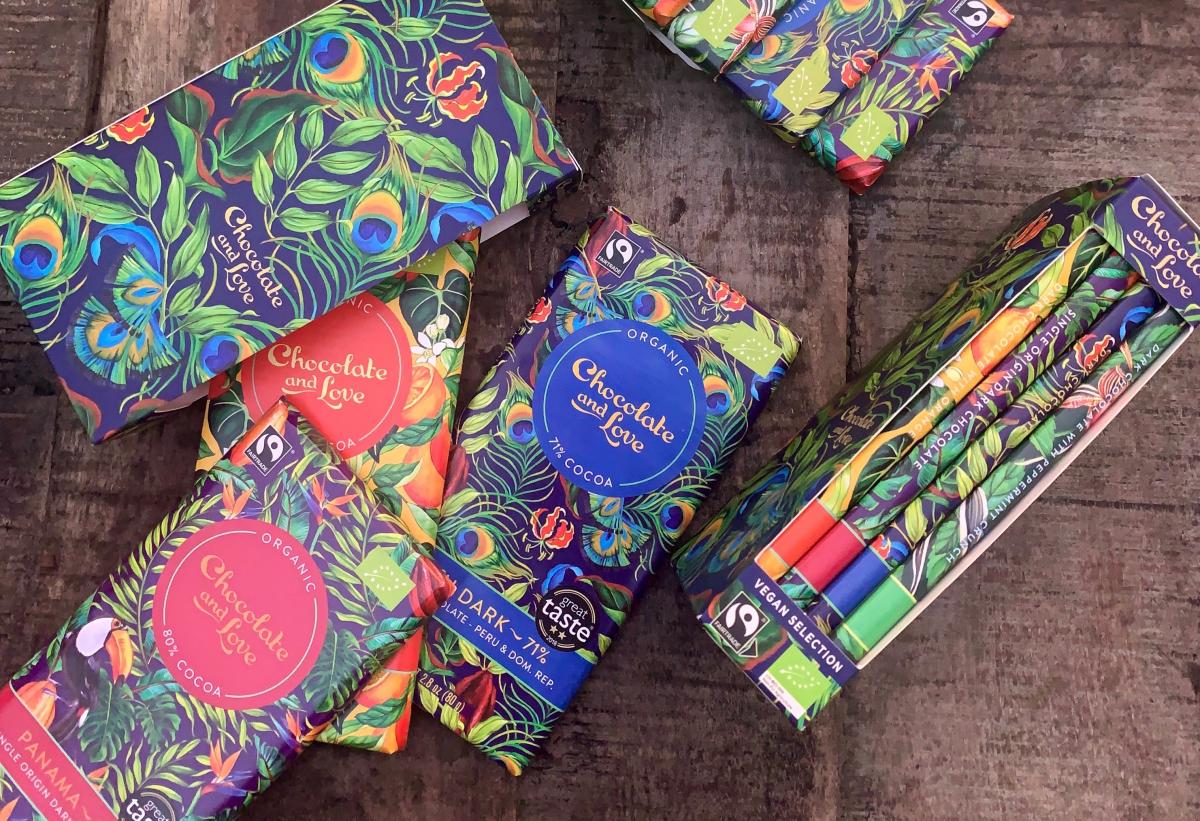 Indulge yourself in these Vegan Trademark chocolate essentials