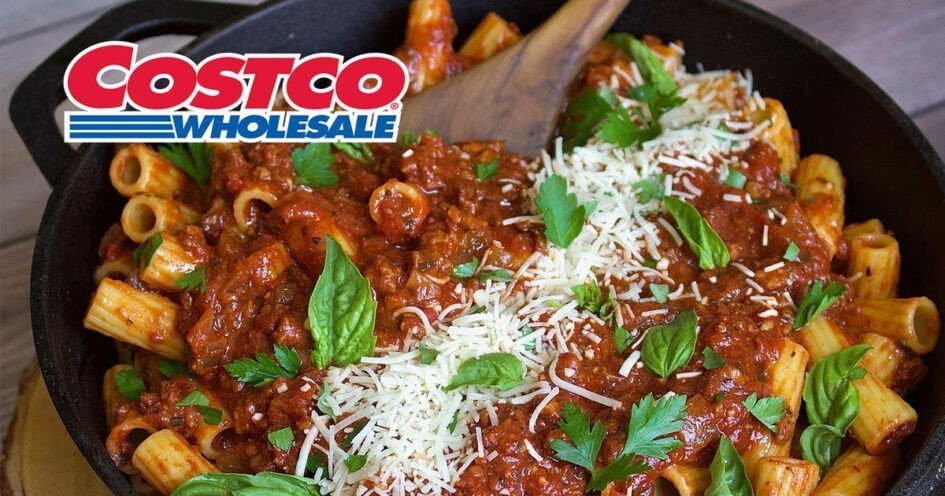 This week, wholesale retailer Costco is launching vegan ready-made bolognese at more than 50 locations in the Los Angeles, CA and Hawaii areas. Chef Ayinde Howell’s Brooklyn Bolognese ($9.99) features rigatoni pasta with bolognese sauce made with vegan beef, tomatoes, fresh herbs, and a hint of fennel, and is topped with Violife parmesan cheese. The meal comes in 32-ounce trays and is available in the prepared foods section of stores.

Howell—the former personal chef for musician India.Arie—developed the bolognese as a classic comfort food from his years living in Brooklyn, NY. “Red pasta sauce was one of the first things that I learned to cook with my parents. I call this dish Brooklyn Bolognese because when I first moved to Brooklyn, New York in my mid-2000s, I didn’t have much money, but pasta and red sauce was an easy meal I could afford,” Howell told VegNews. “I wasn’t working as a chef yet, so this filling meal kept me going for half the week. It’s simple and, most importantly, it’s comforting. Just add some garlic bread and a salad, and you’ve got a full meal. From my home to yours, it brings me great joy to share my Brooklyn Bolognese with you and your loved ones.” This is the second product that Howell has launched at Costco. Earlier this year, Costco tested Howell’s take-and-bake Jalapeño & Cheddar Mac & Yease (vegan mac and cheese) at 30 locations in California and Hawaii. Shortly after, the retailer expanded the chef’s Original Mac & Yease to nearly 100 locations in the southeastern region of the country due to the positive customer feedback of the jalapeño and cheddar flavor. The vegan mac and cheese was only available for a six-week limited time test period. However, Howell told VegNews that it will return to Costco’s California locations in December.

Though Costco was the first retailer to offer Howell’s Jalapeño & Cheddar Mac & Yease, this is not the first time Mac & Yease has been available at stores. In 2018, Howell partnered with Whole Foods Market to bring his mac and cheese in its original flavor to the supermarket’s hot-food bar at 44 locations in the Southern Pacific region, which included California, Las Vegas, Arizona, Maui, and Oahu. In 2019, the option was expanded for a limited time at Whole Foods locations in Northern California and was also included in the chain’s vegan Thanksgiving prepared meal options. The start of Mac & Yease

Howell first created his now-popular Mac and Yease recipe as a tribute to his great-grandmother. “My great-grandmother, Mary Fluker, used to make baked mac and cheese in St. Stephens, Alabama, and my father loved it so much that when he went vegan before I was born, he wanted me to have it,” Howell told VegNews, “In my first cafe in Seattle 22 years ago, I started selling, cooking, and refining Mac & Yease to what it is today.”

And last year, following the mass arrests during the Black Lives Matter protests across the country, Howell made a 30-year commitment to donate 5 percent of annual net sales of his Mac and Yease brand—which will be matched by his personal salary income—to organizations dedicated to the education, justice, and liberation of Black Americans. Howell decided that he wanted to continue helping the movement financially for the next 30 years so that the major social upheaval that happened in 2020 doesn’t need to happen again in 2050. Howell plans to donate to Black Lives Matter and the Bail Project, among others.