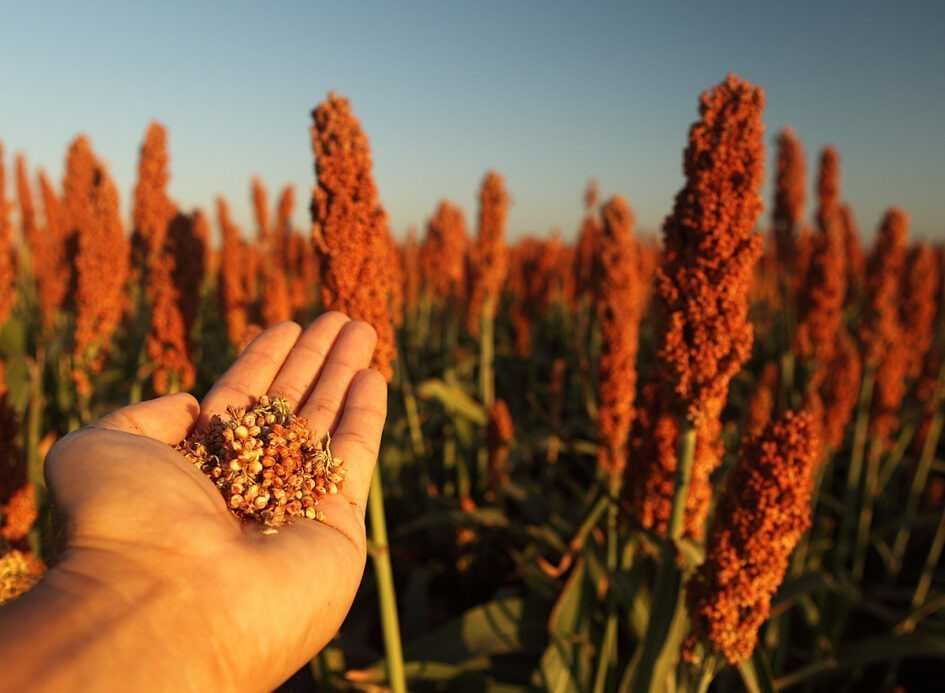 A cash crop called sorghum may the key to combatting excessive carbon emissions through the agricultural industry. The Salk Institute’s Harnessing Plant Initiative is working alongside the senior research scientist at the Donald Danforth Plant Science Center Nadia Shakoor to assess and develop sorghum plants that efficiently capture and store atmospheric carbon. The five-year campaign amounting to $6.2 million aims at facilitating a sorghum plant that can directly funnel carbon from the atmosphere and store it in the ground to reverse the rising carbon levels.

“Our research community has the opportunity to use cutting-edge science and innovation to help change the course of climate change,” Shakoor said. “Sorghum is an incredible plant that holds great promise as a carbon-sequestering crop”

Shakoor developed sensors that monitor plant environments and behaviors to identify the best variety of sorghum that will most effectively absorb carbon. The project will then select the sorghum crops with the optimal traits, specifically looking for sorghum with deep root systems that will store the most carbon from the air.

The Harnessing Plant Initiative was launched to use plants and crops to directly combat climate change. Arguing that selecting crops that best store carbon could cut down on atmospheric carbon levels, the sustainable initiative believes that sorghum could be central to its mission. Research professor and member of the Harnessing Plant Initiative Todd Michael plans to analyze the plant sample selected by Shakoor and work to breed sorghum plants that maximize carbon absorption.

“We believe sorghum can be optimized to potentially capture and store more carbon and, combined with its inherent traits such as drought tolerance, make a positive contribution to both food security resiliency and the mitigation of negative climate impact,” Shakoor continued. “I greatly appreciate the support of HPI to undertake this research.”

Farmers planted approximately 7 million acres of sorghum across the United States in 2020. The drought-resistant crop is an ideal cash crop to plant to reduce carbon levels in the atmosphere. Beyond the environmental implications, the crop is extremely versatile in the food sector, making it a profitable and sustainable venture through the agriculture sector.

The Salk Insitute launched this initiative to find useful methods of improving sustainability in the agricultural sector and provide a clean solution to cutting down greenhouse gas levels. Alongside sorghum, the organization is studying corn, wheat, soybean, canola, and rice to examine how these crops can be used to absorb the overwhelming carbon levels.

“Crops are some of the most prevalent plants on this planet because there are millions of farmers all over the world who cultivate crops,” Plant Biologist and professor at the Salk Institute Wolfgang Busch said. “So if you use a few crops [and they’re] better at storing carbon for longer you’d have an enormous impact.”

Over recent years, the Salk Institue secured more than $80 million for its Harnessing Plants Initiative. The project currently has three more years to test out the different crops to assess the best iteration and breeding capacities of the cash crops. The organization has received significant support across the agriculture and scientific sectors including support from global climate leader Dr. Veerabhadran Ramanathan at Scripps Institution of Oceanography.

Ramanathan highlighted that the total greenhouse gas emissions have reached approximately one trillion tons of C02, and to successfully curb climate change, humans would have to clear out 500 billion tons in the next 40 years. The scientist noted that “Mother Nature already takes the carbon out of the air, the 25 percent of the junk we dumped in it already, otherwise there would’ve been a catastrophic problem already” when discussing how human involvement is necessary to reverse the negative side effects.

The Harvesting Plants Initiative is not the only organization working to improve the production of cash crops: Four different plant breeding projects out of the Texas A&M College of Agriculture and Life Sciences Department of Soil and Crop Sciences received nearly $1.75 million from the U.S. Department of Agriculture’s National Institute of Food and Agriculture (NIFA). The four programs launched similar research projects to enhance sorghum, corn, wheat, and peanut farming practices.

“This is a fantastic program for advancing our national plant breeding effort,” Head of the Department of Soil and Crop Science Dr. David Baltensperger said. “We are extremely fortunate to have four projects selected for this program. These projects will make a difference not only for Texas but for our nation.”

The plant-breeding programs aim to enhance the overall contribution that these cash crops can have for the food sector in terms of yield, nutrition, and efficient resource use. The partnership reflects a similar mission to the Harvesting Plants Initiative’s goal to maximize the sustainability of cash crops.