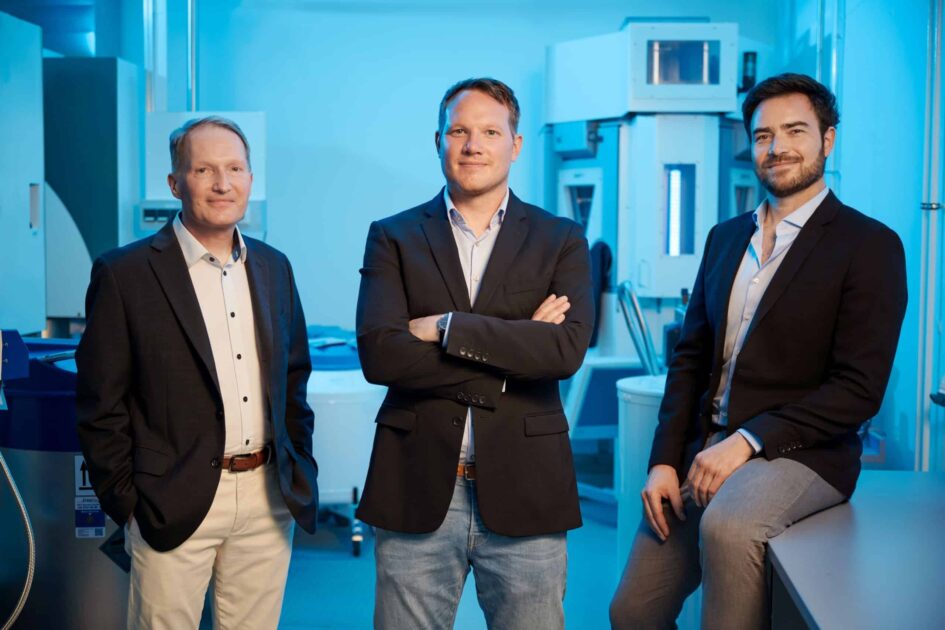 is the next big thing in the food industry – and the highlight of this year’s Anuga trade fair, which hosted . Food-tech pioneers provided insights into the evolving cultured food sector, which will soon be producing meat, poultry, fish, milk, and eggs without the need for animals.

In the future, it’s possible that nine billion people will be able to enjoy , fish, and cheese without causing harm to animals, the environment, or their health. This is the vision of the nearly 20 industry representatives, investors, and scientists who spoke at the New Food Conference (NFC) in Cologne on 10–11 October. Food organisation ProVeg organised the international conference as a hybrid online and in-person event for the first time, within the framework of Anuga, the world’s largest food fair.

Cellular agriculture looks set to make the vision of ‘animal products without animals’ possible. From animal cells or microorganisms such as yeasts, bacteria, and fungi; products are created that are completely identical to those from conventional livestock farming, except that they are produced not by the body of an animal but in a bioreactor – with the help of groundbreaking biotechnology.

The NFC gave visitors a first taste of the future: David Brandes from , which was recently , served meatballs made from a blend of soy and cultured chicken fat. The Belgian startup extracts specific cells from hen’s eggs and processes them with the help of bioreactors until a fat mass forms – which provides the taste of chicken. The results created tremendous interest – during the presentation, photographers and camera teams formed a crowd in front of the stage.

From legal approval to Hollywood stars

While cultivated meat offers world-changing possibilities, thus far only are commercially available, and only in Singapore. For this to change, a few hurdles still need to be overcome. “Legal approval is a very long and expensive process”, said Robert E Jones of Mosa Meat during his talk at the NFC. The Netherlands-based company presented the first cultured hamburger in 2014 and has since raised millions, with Leonardo di Caprio recently becoming one of its key investors.

Large-scale production is currently also too expensive in comparison to conventional meat, and the technology still has some way to go before price parity can be achieved. Another central challenge is to move beyond minced or blended meat towards the production of whole cuts – or fish fillets, a topic which covered. Raker’s company Bluu Bioscience is the first in Europe to specialise in the development of cultured fish, with products scheduled for a market launch in 2023.

Experts are certain that the approvals will come and the technical challenges will be resolved. But will consumers buy cultured products? “The younger and more well-informed generation is very open to them,” said Mathilde Alexandre, who coordinates the CellAg project at ProVeg International. Acceptance is already particularly high in Israel, which, along with Singapore, is the biggest hotspot for cultured meat. Around Tel Aviv alone, there are six companies doing research in the field, including MeaTech, who were also featured in the conference’s lineup. MeaTech’s Business Development Manager, Simon Fried, explained: “We are currently developing organic ‘ink’ and 3D printers which will allow us to produce a classical steak by the end of the year.” Investors are also lining up at MeaTech, with the latest addition being .

Precision fermentation is another popular approach among investors interested in producing animal products without animals. Bacteria and yeasts are “programmed” to produce milk proteins, for instance. Ice cream made with animal-free milk proteins is already available in the US, while, in Germany, companies are working on cheese. “Cheese is meant to be healthy, sustainable and affordable – so far, no cheese meets these requirements, neither plant- nor dairy-based”, said Blue Horizon investor Nate Crosser in a panel discussion. Will mozzarella soon be made from milk, but without a cow? Says Crosser: “It’s a big challenge, but we humans can do cool things if we try.”