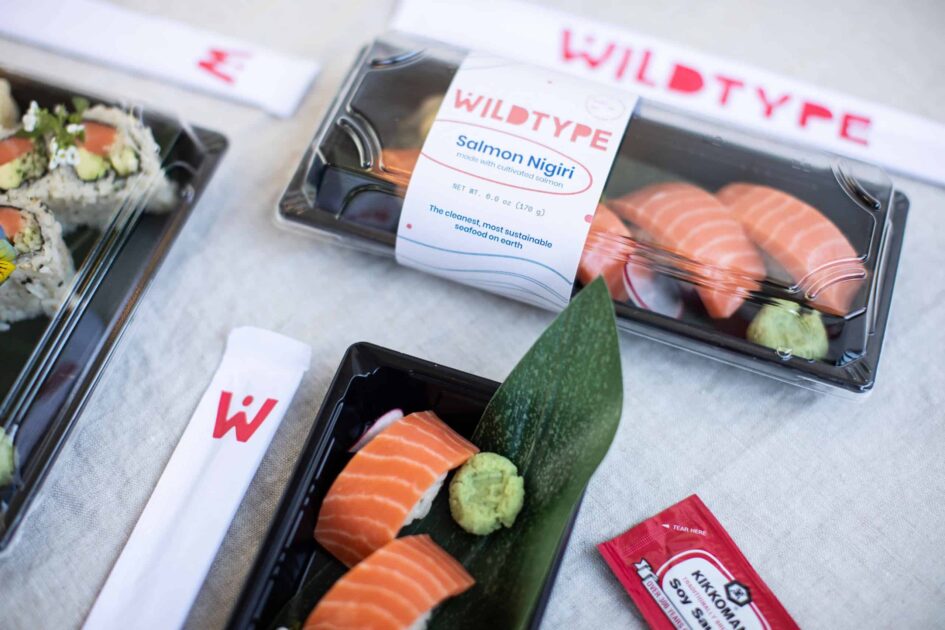 In what may be a first for the industry, US cultivated salmon producer Wildtype has announced distribution partnerships with SNOWFOX and Pokéworks.

SNOWFOX operates sushi bars at 1,230 grocery locations across the US, while Pokéworks is a rapidly-growing fast-casual restaurant chain that currently has 65 locations. These partnerships will ultimately allow customers to sample Wildtype’s cultivated sushi-grade salmon for the first time.

“We believe that people should have the option of fresh fish without the harmful metal toxins, microplastics, or antibiotics commonly found in seafood today,” co-founder and Chief Scientist Aryé Elfenbein told vegconomist earlier this year.

However, Wildtype will need to significantly scale its production and gain regulatory approval from the FDA before a market launch is possible. The company took a step towards this in July, when it opened what it claimed was the world’s first cultivated salmon pilot plant. The pre-order list for the salmon was launched in September 2020.

“Our agreements with Pokéworks and SNOWFOX will help introduce Wildtype’s cultivated salmon to people looking for healthy seafood options that are actually sustainable,” said Justin Kolbeck, co-founder and CEO of Wildtype.

“This is a significant milestone as we move closer to bringing our cultivated salmon to restaurants, grocery stores, and eventually kitchen tables across the U.S.,” added Elfenbein.