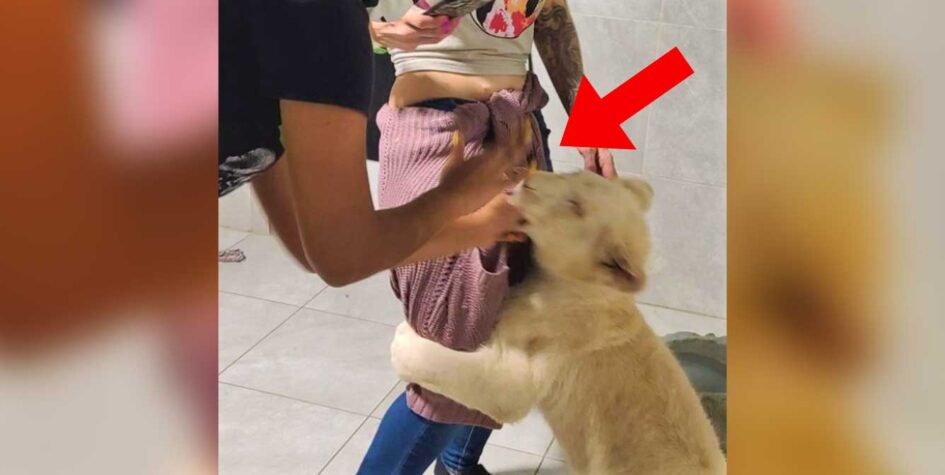 PETA alerted the USDA to this photo and the one below it, both uploaded to Instagram in since-deleted posts. “My souvenir was I got bit by one of them,” the patron wrote.

The recent inspection report confirmed that the USDA slapped ZWF with several citations for failing to meet even the minimum requirements of the federal Animal Welfare Act. This newly released report also cites the facility for not having an enrichment program for primates.

The USDA previously cited ZWF in relation to its primate housing: It confined two incompatible macaques together, and one chased and bit the other, leaving her with bleeding wounds.

This isn’t the first time a human at Zoological Wildlife Foundation (ZWF) has been bitten by an animal there.

In 2014, a tiger at the roadside zoo bit off a construction worker’s thumb after the man put his hand into a cage.

Late last year, the Florida Fish and Wildlife Conservation Commission (FWC) issued the facility a written warning after a child was bitten by a juvenile chimpanzee named Limbani.

The FWC advised ZWF to stop allowing public contact with the 40 plus–pound chimpanzee immediately, but evidence from social media indicates that the roadside zoo allowed members of the public to have full contact with him since then—even as he grew larger, stronger, and more dangerous.

Limbani just turned 5—about the age that, in nature, he would’ve weaned from his mother and become more independent. Unfortunately, ZWF stole him from his mom when he was just an infant. He’s never lived in a social group with his mother or siblings as he should have.

The owner of ZWF is felon Mario Tabraue of Tiger King infamy, a man whose current business model centers on exploiting baby exotic animals for publicity stunts and dangerous, hands-on encounters with the public.

In the 1980s, Tabraue’s exotic-animal business served as a front for his drug-smuggling enterprise. He was sentenced to 100 years in prison for convictions of racketeering and narcotics violations and was implicated in the dismemberment and burning of the remains of a former federal informant. However, Tabraue was released after serving only 12 years when he testified against other criminals.

How Animals Suffer at ZWF Miami and Other Roadside Zoos

Big cats and chimpanzees are intelligent, self-aware animals. Those held at profit-hungry tourist attractions—even some that are deceptively called “sanctuaries” or “rescues”—endure heartbreaking physical and psychological abuse that’s inflicted in order to force them to tolerate direct contact with the public. It’s little wonder that so many reach their breaking point.

Never buy a ticket to roadside zoos that allow dangerous, hands-on contact with big cats or other species. Encourage your friends, family members, and social media followers to do the same.