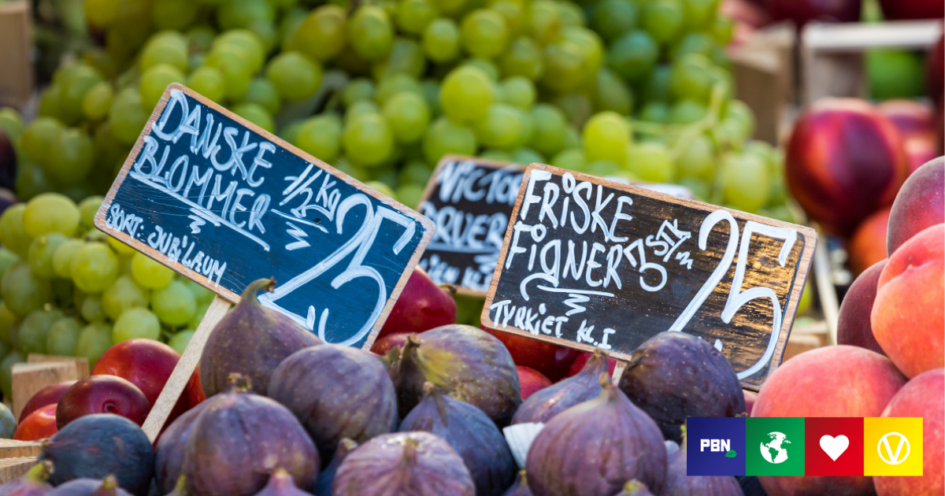 The Denmark government has announced it will funnel a staggering 1.25 billion kroner (€168 million) into plant-based foods. This is part of an ‘unprecedented’ climate agreement centered around reducing greenhouse gas emissions (GHGs).

And, it is the largest investment into plant-based research and development that the EU has ever seen.

The agreement on a ‘green conversion’ of Danish agriculture is endorsed by all parties in parliament.

By 2030, the government plans to slash both GHGs and nitrogen emissions. In terms of GHGs, the plan is to cut them by more than 50 percent in line with levels in the 1990s.

And to meet these goals, it calls for farmers to become more climate-friendly. ‘Concrete’ initiatives will be set to ensure it.

‘Agricultural support must be used actively as a tool to give farmers an incentive to switch to more sustainable production and thus support the green transition in the industry’, the policy states.

Specifically, the government has vowed to ramp up plant-based food production. This involves creating new job opportunities and focussing on sales promotions and education.

The government pledges to set up a strategy for ‘green proteins’ both for humans and animals. And, the document states animal welfare should be prioritized.

Additionally, the document sets out targets to reduce tree fellings in Danish forests, and create a larger forest area in the country.

According to the plans, the agriculture system in Denmark must ensure the ‘best’ conditions to adapt. To meet this, it will be phased out gradually.

Acacia Smith, of the Good Food Institute Europe, said: “With this announcement, Denmark has recognized the huge potential of sustainable proteins to drive down agricultural emissions, and established itself as Europe’s biggest public investor in plant-based innovation.

“As they prepare for COP26, governments around the world should be factoring plant-based and cultivated meat into their climate plans.

“If they are serious about meeting the Paris Agreement and building strong, green economies, they must follow Denmark’s lead and invest in bringing sustainable proteins to consumers’ plates.”

The policy is welcomed by the organization, which branded it ‘unprecedented’.