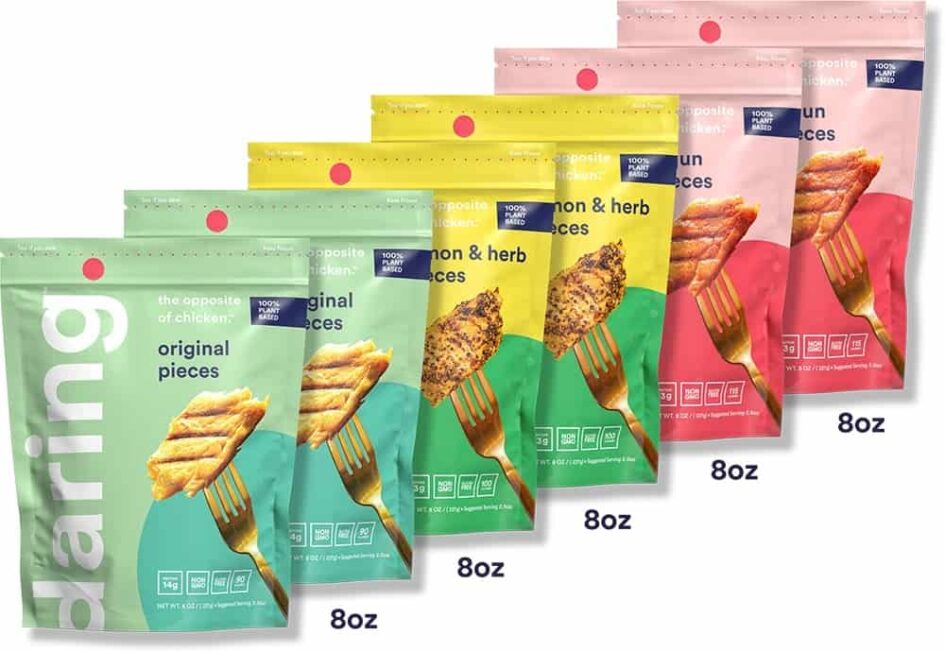 Cult plant-based chicken producer announces an impressive $65 million Series C raise, as one just a few companies to raise Series A, B and C in a single year. This brings Daring’s total raise to over $120M with earlier investors like Maveron, Palm Tree Crew, and

Founder and CEO became vegan over a decade ago, after a fellow athlete “dared” him to try a vegan diet for a week. After years of R&D with researchers and food scientists in the UK, Mackay launched Daring Foods in the US in early 2020.

Speaking in last year, Mackay said of his product’s USP: “We are unique because instead of offering a product that is meant to be an occasional swap, daring is something that consumers can actually eat every day. Our pieces come in delicious flavors that are simple and easy to use in a million different recipes, just like chicken. In addition to offering convenience and versatility, we are also setting the bar high for other plant-based brands when it comes to ingredients. Our offerings are created with a handful of recognizable, wholesome ingredients, whereas other plant-based alternatives often include 30+ ingredients. We take the guesswork out and stick to simple, nutritious ingredients.”

Daring has been named one of Fast Company’s World Changing Ideas, awarded NOSH’s Best New Product, and featured in outlets like Forbes, Thrillist and People Magazine. In 2021, Mackay was recognized as a Food & Beverage innovator by Forbes 30-Under-30.

Argentina: Tomorrow Foods raises $3M to accelerate the protein transition in the region