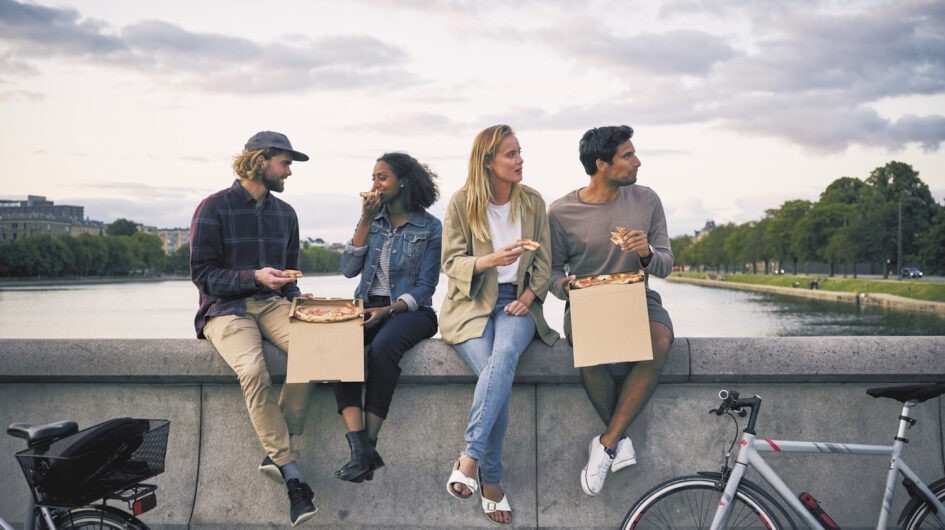 The Danish government’s new climate agreement for food and agriculture heavily involves ramping up the production of plant-based proteins. The Fund for Plant-Based Food Products, supported by 675 million Danish kroner over nine years, will focus on product development and promotion. Another part of the plan will pay 580 million Danish kroner in bonuses to farmers who grow plant-based protein crops for human consumption. More money, already provided by an existing EU-funded climate plan, will go into processing equipment for plant-based foods.

Under the new agreement, the government will also create a strategy for “green proteins” for humans and animals, which could include both fermented and cultured proteins.

The 1.25 billion kroner plan places Denmark as the EU’s biggest investor in plant-based protein to date.

“As [Denmark plans] for COP26, governments around the world should be factoring plant-based and cultivated meat into their climate plans,” says Acacia Smith, policy manager at the Good Food Institute Europe. “If they are serious about meeting the Paris Agreement and building strong, green economies, they must follow Denmark’s lead and invest in bringing sustainable proteins to consumers’ plates.”

The effects of human-caused climate change are on the Danish government’s radar. According to the nation’s Global Climate Action Strategy, Denmark will also achieve 70 percent emissions reductions by 2030 and climate neutrality by 2050. Part of this includes shifting away from fossil fuels and toward renewables.

In addition to energy, the Danish government is taking on reducing emissions through food, and the individual dietary habits of its residents. New dietary guidelines, released earlier this year, advise that people reduce their meat consumption and eat more plant-based foods in its place.