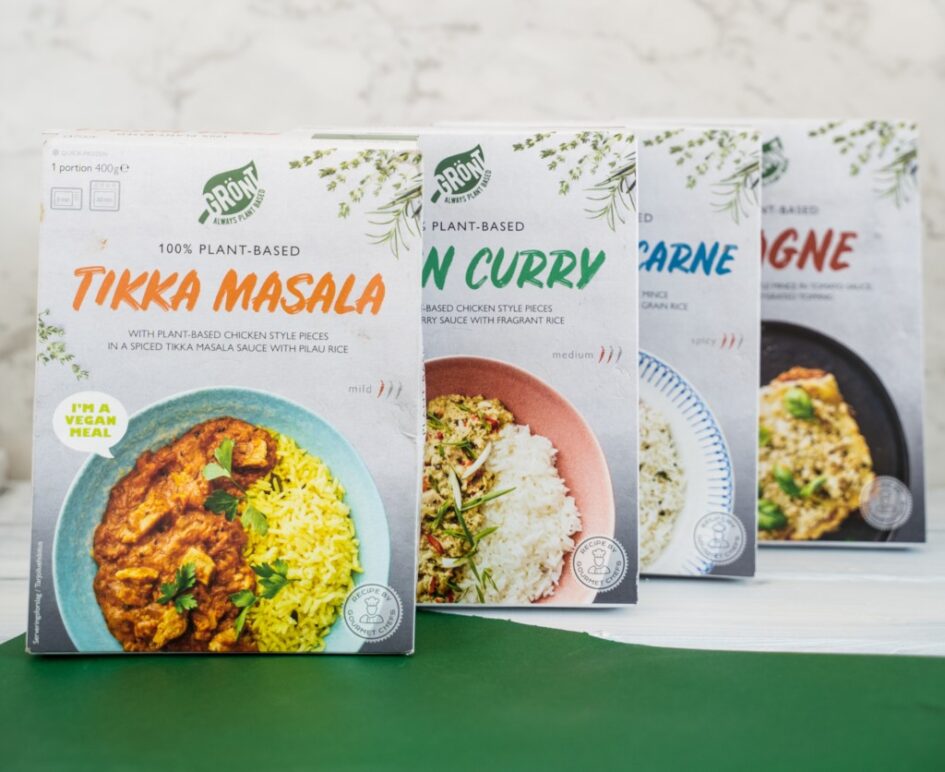 Despite having been founded just less than a year ago, Danish brand has launched throughout all of the Nordic countries and now announces its expansion into , the biggest plant-based market in Europe.

Anders P. Christensen, founder and CEO of , the company behind GRÖNT, says that as of this month the brand’s plant-based portfolio is available in both Sweden and Finland, and can be found in all Nordic countries across more than 3,000 grocery stores, making it the fastest-growing plant-based brand in the Nordics.

GRÖNT is known for its selection of popular dishes such as lasagna, chili non-carne, butter chicken, and green curry, which were developed in collaboration with a team of gourmet chefs. The dishes have retail availability in COOP in Denmark, 7-Eleven, Convini, and Pressbyrån in Sweden, REMA 1000 in Norway, and Kesko in Finland.

Christensen states that GRÖNT is expected to into the German market in Q1 of 2022. “We are in the process of establishing an office in Germany in preparation for launching on the German market, which is Europe’s biggest. We are competitive and have a really great product, which fills a gap in the German market. We are a volume business, making it a natural choice to enter the largest markets.”

“There has been great momentum – first with the launch in Denmark and Norway, where we are available in 1.500 stores and now moving on to Finland and Sweden. We will now embrace all the Nordics with a product that stands out in terms of both taste, texture, and price point.

“Our success in both Denmark and Norway is built on the fact that we are able to deliver plant-based dishes containing best-in-class alternative proteins that taste good and resemble well-known and loved dishes such as lasagna,” says Christensen.