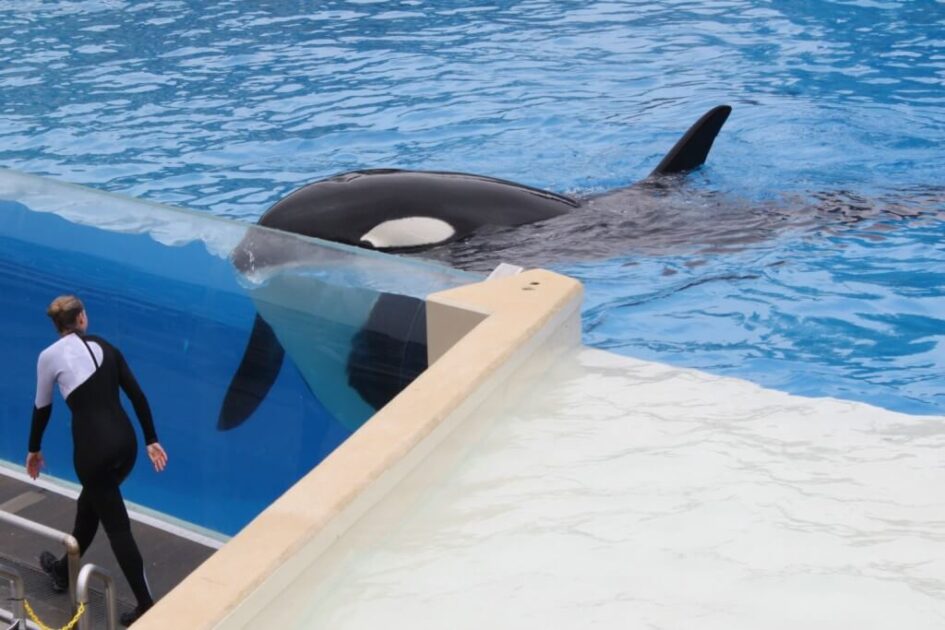 Six-year-old orca Amaya has died at SeaWorld, and a whistleblower told PETA that her death could have been avoided.

When 3-month-old Kyara (the last orca born at SeaWorld) died, PETA and countless supporters urged the marine park company to stop stalling on building sea sanctuaries for the other orcas trapped in its cell-like tanks. Then Kasatka died (a former SeaWorld trainer called her apparent deterioration “an incredibly painful way to die”), and again, we renewed our call for SeaWorld to get with the seaside sanctuary program, just as we did after Kayla the orca’s death in 2019. But SeaWorld ignored the hundreds of thousands of people who begged it to do better (as well as PETA’s offer in 2020 of a quarter of a million dollars to go toward building a seaside sanctuary). Now, Amaya is dead, too, and the abusement park company’s cramped tanks and apparently incompetent staff may have had everything to do with her death at SeaWorld San Diego.

On August 19, when SeaWorld confirmed that Amaya had died, PETA had already filed complaints with the U.S. Department of Agriculture earlier that week requesting an investigation after receiving two whistleblower reports about an incident that may have caused her death. If the whistleblower reports are true, she died just days after SeaWorld workers put all 10 orcas together, despite a documented history of aggression among some of them—leading Amaya to chase, rake, and injure the much older orca Corky, who may have retaliated overnight.

“[Amaya’s death] could have been avoided if management had not put all 10 [orcas] together,” the whistleblower told PETA, saying, “[G]o and see Corky and all her fresh rake marks from the now dead … Amaya.”

PETA is now demanding a full outside investigation into whether SeaWorld’s incompetence left Corky injured and Amaya dead at just 6 years old.

Born at SeaWorld San Diego in 2014, Amaya only ever knew a concrete cell as home. Her father was possibly Ulises, who mated with Kalia (whose mother was Kasatka) at SeaWorld San Diego, but Kalia was also raped via artificial insemination to ensure that she would become pregnant before giving birth to Amaya. Since there’s no independent DNA analysis to prove paternity and veterinarians had previously asserted that Ulises was infertile, it’s been alleged that Kalia was either artificially inseminated with semen from another orca—possibly Tilikum, whose death in 2017 ignited the #EmptyTheTanks movement—or inbred with her brother Nakai.

Kalia (orca at @SeaWorld) is pregnant. Sad that her baby won’t get 2 swim in the ocean.

RT if u agree! pic.twitter.com/yvBVLguoks

When left in peace in the ocean, female orcas can live up to 80 years, but Amaya, Kayla (30 years old), Kasatka (42 years old), and Kyara (3 months old)—the female orcas who most recently died in a SeaWorld tank—all died shy of their natural life expectancy. “Forty orcas have now died on SeaWorld’s watch,” we announced in July 2017. “[I]t’s time for the abusement park to move the remaining animals to seaside sanctuaries before the death toll hits 41.” Less than a month later, Kasatka became the 41st orca to die at SeaWorld. In 2019, Kayla became the 42nd.

Amaya—the 43rd orca to die at SeaWorld—never deserved to be a victim of the marine park company’s cycle of abuse and death. None of them did.

Six-year-old orca, Amaya, just died in a tank at #SeaWorld possibly due to incompetence.

RETWEET if you think her death must be investigated! pic.twitter.com/ySF3ra3fcL

While PETA pushes for a full, independent investigation into these disturbing whistleblower allegations, you, too, can speak up for SeaWorld’s other orca prisoners. It’s too late for Amaya and others, but for Corky, Ulises, Kalia, and so many more, we must urge SeaWorld to end its decades of tormenting orcas: