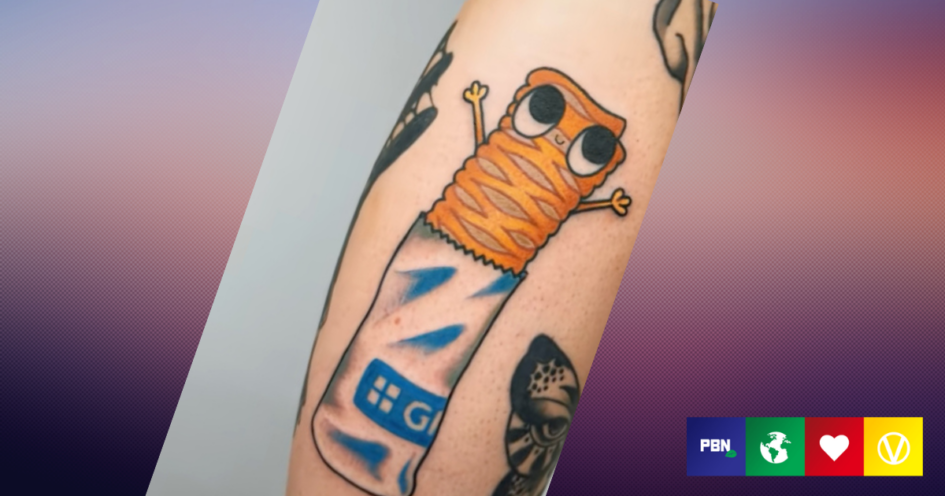 A fan of the British bakery giant, Greggs, has got a tattoo of the company’s iconic vegan sausage roll.

24-year-old Beth Kweeday is an apprentice tattoo artist at Bold as Brass in Liverpool, UK. And she made the headlines this week after getting her favorite snack inked on her body forever.

Kweeday reportedly visits the bakery “about five times a day”, which her colleagues frequently joke about.

Her boss Rachel Baldwin, who is the owner of the studio, says Beth has a “serious vegan sausage roll addiction”.

Consequently, Kweeday decided to take her love affair one step further and asked Baldwin to add the design to her tattoo collection.

‘Why would I not get a tattoo of something I like so much?’, she told the BBC.

In a viral video, the tattoo was revealed on Instagram and attracted thousands of comments, including one from Greggs itself.

Following an incredibly successful launch in 2019, Greggs‘ vegan sausage roll continues to sell out up and down the country. It features 96 layers of crisp vegan pastry and a bespoke Quorn filling.

Moreover, the snack’s witnessed skyrocketing profits and has even resulted in the chain awarding bonuses to thousands of employees – climbing £7 million.