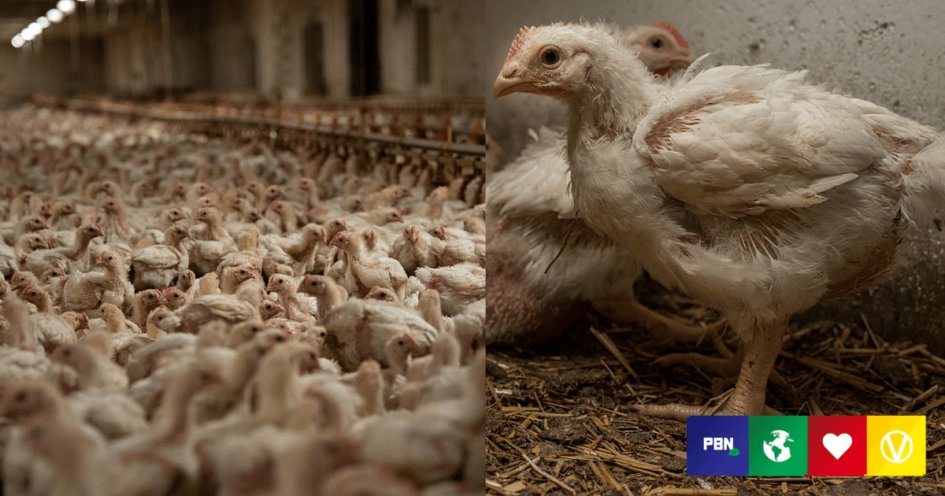 Domino’s Pizza has signed up to the Better Chicken Commitment (BCC) in Australia and New Zealand (Aotearoa). It’s in an effort to improve animal welfare within the Domino’s supply chain. Now, campaigners are calling on KFC to follow suit.

The BCC’s animal welfare criteria includes providing chickens with perches, natural light, and more space. Further, slow-growing breeds must be used in lieu of the chickens raised for food now, who are bred to grow as quickly as possible at the expense of their health and wellbeing.

According to animal rights group Animals Aotearoa, these fast-growing breeds can live for just six weeks. In their final weeks of life, they gain more than 50 grams a day.

This leaves chickens collapsing under their own weight, and developing a myriad of health conditions such as wooden breast, whereby muscle cells die off. Further, fast-growing chickens are twice as likely to die prematurely.

‘The right thing to do’

David Burness, CEO of Domino’s Australia and New Zealand (ANZ), said the company is “proud” to be the first fast food restaurant chain in either country to sign up.

In a statement, he said: “At Domino’s we do the right thing because it’s the right thing to do, and we recognize that doing the right thing includes taking care of our environment, and the food we source from our suppliers and serve to our customers.”

The improved animal welfare commitments will be in place at more than 850 Domino’s locations across ANZ by 2026.

“It is fantastic that Domino’s has listened to customer concerns about animal welfare and responsibly acted on the demand for change. Now their competitors must also do right by their customers and follow Domino’s responsible lead,” she said to RNZ.

But according to the publication, KFC has “refused to say if it will sign up” too. Instead, the fried chicken chain has maintained that its suppliers stick to industry welfare codes.