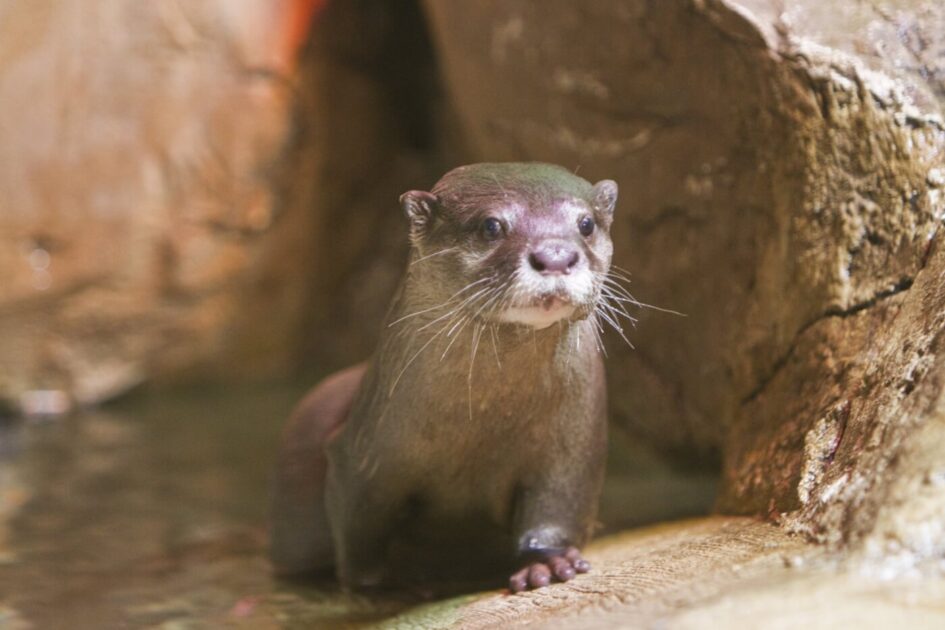 Keep reading for more reasons why SeaQuest Las Vegas is bad for animals and unsafe for visitors:

SeaQuest claimed the animal had a benign abscess that was later removed, but the facility’s veterinarian had no records of an abscess or its removal.

Allowing unattended public contact with wild animals is dangerous and a violation of the federal Animal Welfare Act. Given that SeaQuest’s business model fosters this type of reckless public interaction, it’s no surprise that people are being injured by stressed animals who don’t want to be touched. 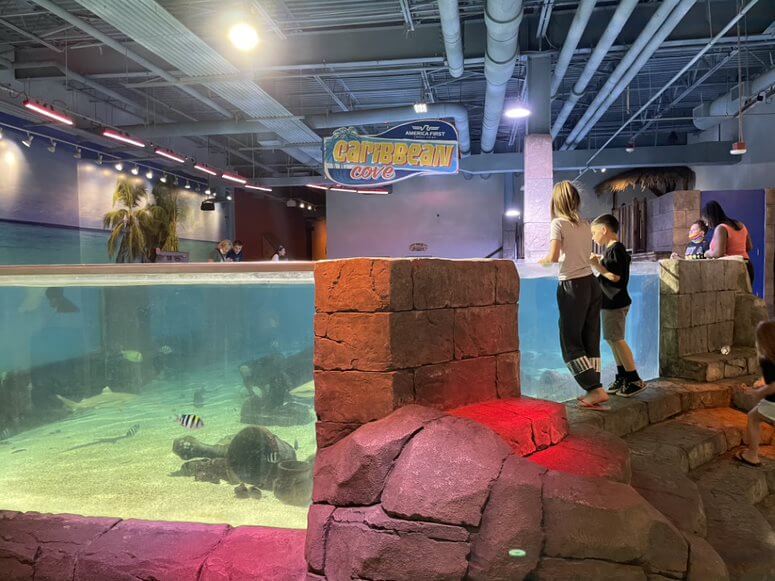 He was thin when he died and had a history of weakness, twitching, and lack of appetite. PETA asked the USDA to investigate the circumstances that had led to his death, including whether SeaQuest had the knowledge and experience to care for this species adequately.

One former employee reported that children had stomped on birds in the interactive aviary, killing them, and that the dead animals had been thrown into the garbage.

Another former employee reported similar incidents with small turtles, some of whom, he claimed, had been crushed by children. “I think they started with 12. By the time I left they had three,” he said.

A former employee also reported that a large octopus had been “cooked alive” after the tank’s water temperature changed overnight.

In addition, according to reports, the former employees provided videos and photos of “a sump room wall covered in black mold, a dead turtle they say was left to rot for days in the koi tank, and a bug-infested drain in the aviary where they say birds drank and bathed before interacting with guests.”

In the administrative decision upholding the citation and fine, the hearing officer scolded SeaQuest for attempting to profit from its permit violation by issuing a news release advertising an event to exhibit the unpermitted baby otters. The hearing officer also questioned “the knowledge and experience” of SeaQuest, since it didn’t know that an otter named Hazelnut was pregnant until about a week before she gave birth.

Despite numerous otter injuries, deaths, and bites to keepers and the public, SeaQuest Las Vegas continues to exhibit this species (Taken August 21, 2019)

He was in a dog crate in the back of an open-bed pickup truck when he escaped and was reportedly recaptured in a Target parking lot. He had several injuries and was bleeding from his face and mouth. The veterinarian’s report found that Wesley had multiple wounds, was limping, and had broken two teeth at the gum line.

According to the necropsy report, she was found dead at the bottom of her enclosure one morning. She had drowned after her arm was sucked into a pool filtration system.

The necropsy report stated that the “stress of shipping to Vegas, introduction to a new environment and caging during construction may have caused fatal cardiac consequences.”

You can join PETA’s efforts in behalf of animals suffering at SeaQuest Las Vegas and other SeaQuest aquariums across the country. The best thing that you can do to help is to refuse to buy a ticket. Then, encourage your friends, family members, and social media followers to do the same.

Want to do more?

Every bakery with vegan options in Las Vegas