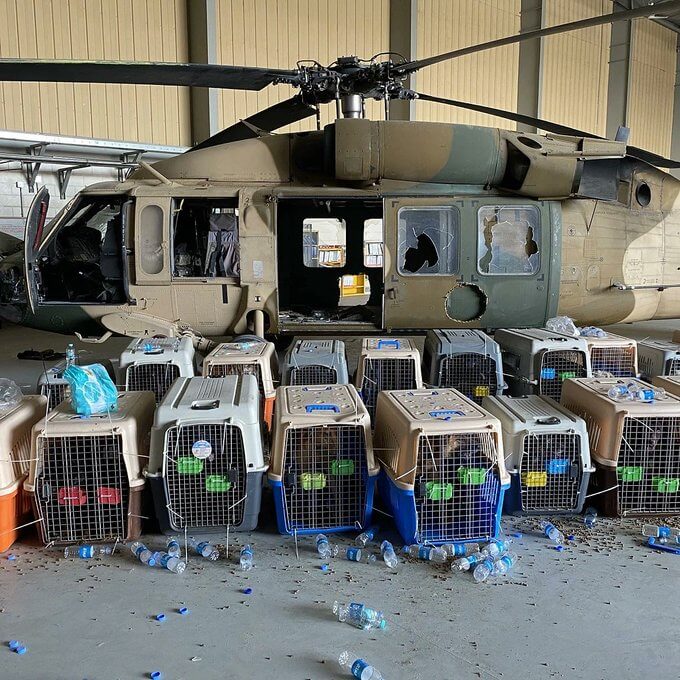 According to reports that we’re constantly striving to verify and update, dozens of U.S. military working dogs, numerous animal companions belonging to evacuated Americans, and more than 100 dogs previously rescued from the streets of Afghanistan along with an unknown number of rescued cats and the humans caring for these animals were left behind in Afghanistan after the last U.S. plane left Hamid Karzai International Airport in Kabul. A now-viral photograph depicts dogs inside carriers in front of a demilitarized helicopter, awaiting an unknown fate.

Red tape and catastrophes have apparently wrecked every attempt to secure a flight out for these animals and their caretakers. While the cats and staff are reportedly safe for the time being, many dogs—including a pug belonging to an American Embassy worker—may have been let loose to fend for themselves on and around airport grounds. These animals and the humans who have been caring for them desperately need you to speak up!

Please, contact President Joe Biden NOW and urge him to take all steps necessary to locate and evacuate military dogs, rescued dogs and cats, and their human caretakers: