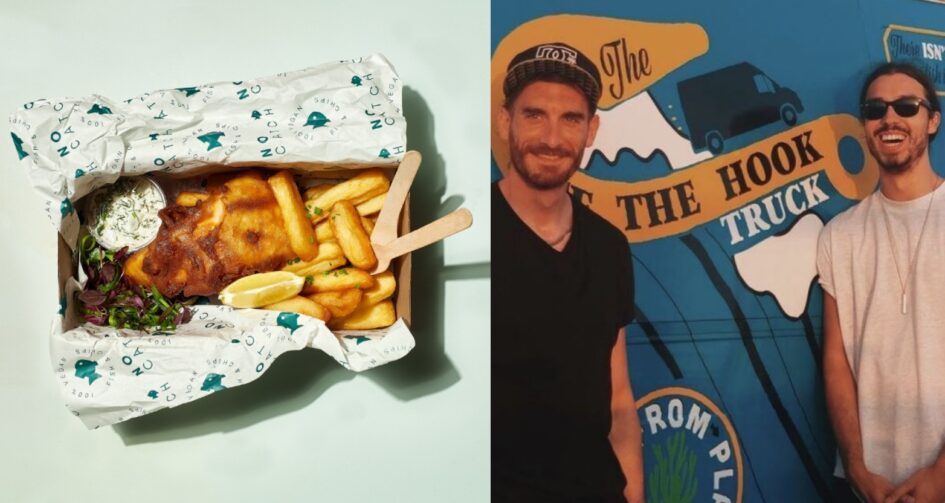 Ed Winters Announces Launch of ‘The No Catch Co’, opening in Brighton with a mission to take on the fish and chip shop industry.

The first ‘No Catch’ vegan fish and chip shop is opening in Brighton this Saturday at 2pm, and will be serving the Unity Diner award-winning tofish and chips, with  other menu highlights including vegan prawns, calamari, smoked haddock and battered sausage.

Ed Winters said: “Kevyn and I used to both eat fish and chips before we were vegan and with it being such a British staple we decided we wanted to show people how delicious a plant-based version of the dish can be. We’ve always received such incredible reviews about the tofish from vegan and non-vegan customers at Unity Diner. In 2019 we handed out free portions of the tofish along the British coast to non-vegans, and their reactions alone told us that we had a product that we simply needed to do more with.”

Globally, somewhere between 0.8 to 2.3 trillion fish are taken from the oceans for food every year, leading to nearly 90% of global marine fish stocks becoming fully exploited, overexploited, or depleted.

“Something has to change urgently”, said Ed Winters, “our oceans are dying and our consumption of fish is causing suffering to trillions of marine animals. It truly is time for a plant-based revolution in the seafood industry.”

No Catch is opening their doors to the public at 2pm on Saturday 9th October with the first 100 people receiving free cod and chips. To find out more, including their awesome menu, more head over to their website here.