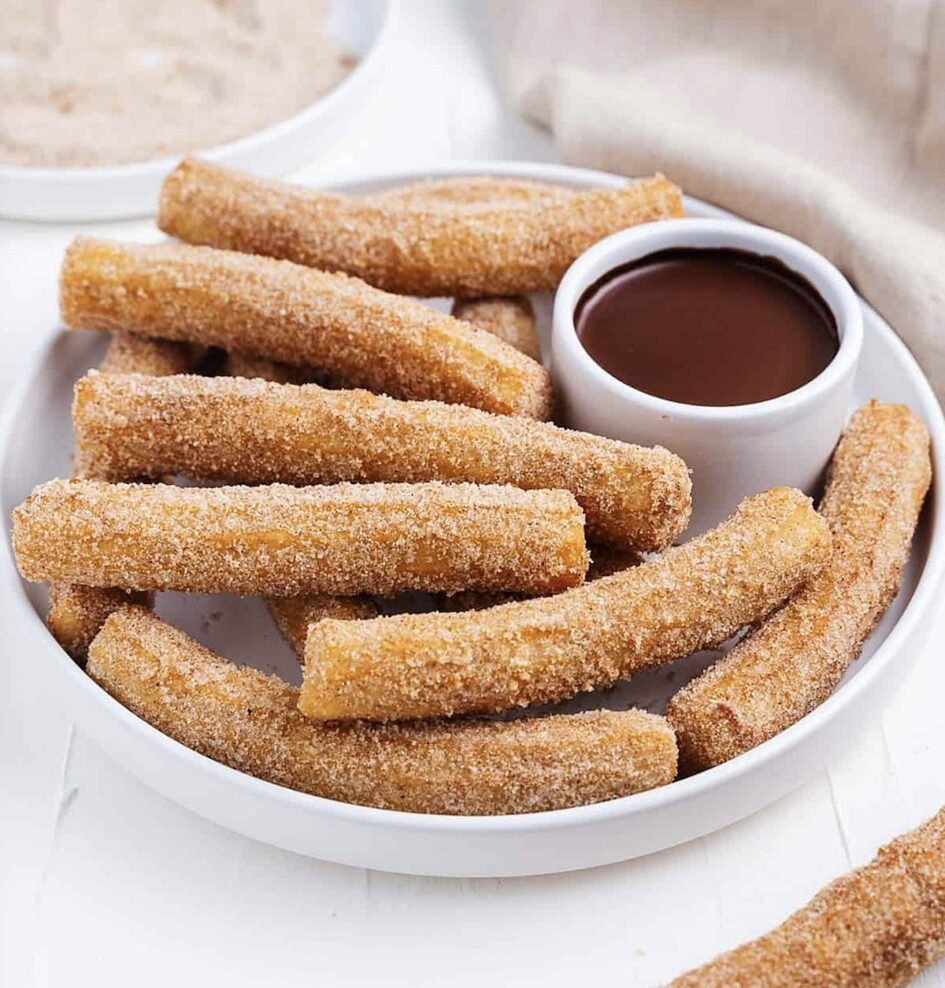 There’s something special about homemade churros when the dough is perfectly soft on the inside and crisp on the outside, and the balance of cinnamon and sugar is spot on. Better yet, a homemade chocolate sauce rich in taste without the dairy to dip your churros in is the real winner, and with this recipe, you’ll enjoy this full experience.

Churros are super simple to make and tap into your creative side. All you need is five minutes to prep and twist the dough, and add the cinnamon sugar – it doesn’t get easier than this.

For the upcoming holiday, invite your friends over for a backyard BBQ and make these churros ahead of time to fill your kitchen with a sweet cinnamon sugar aroma. If there are children around, this recipe is a great one for them to partake and twirl the dough in their own special, unique way. Happy baking!

For the Chocolate Sauce