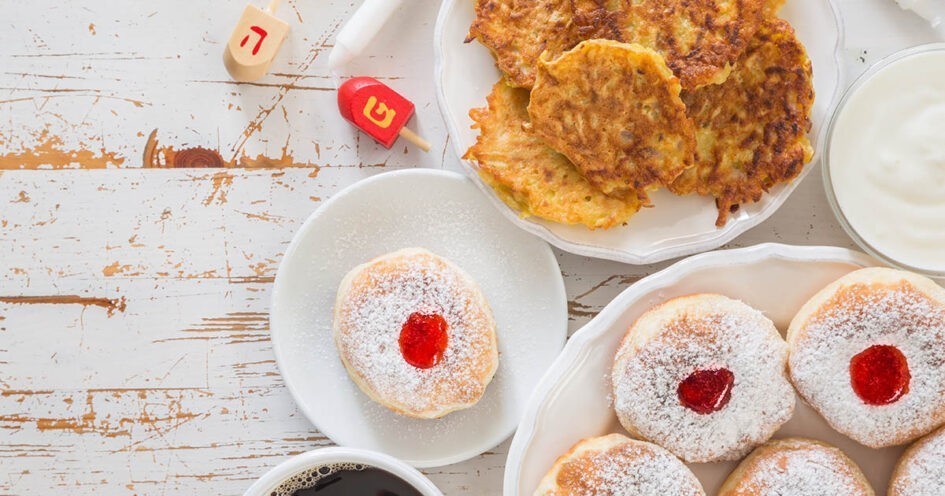 Hanukkah is here! Everyone at Mercy For Animals wishes you a wonderful eight days of delicious latkes, Manischewitz wine, and gathering around the menorah for the Festival of Lights.

Whether you are vegan or flexitarian or just want to try out plant-based cooking, these easy vegan Hanukkah recipes are perfect for creating the traditional dishes you know and love without causing harm to our animal friends. Shalom!

Kugel is a baked casserole, most commonly made with egg noodles (lokshen) or potato. This super-simple recipe uses ingredients that are easy to find at the grocery store, including many you might already have at home. 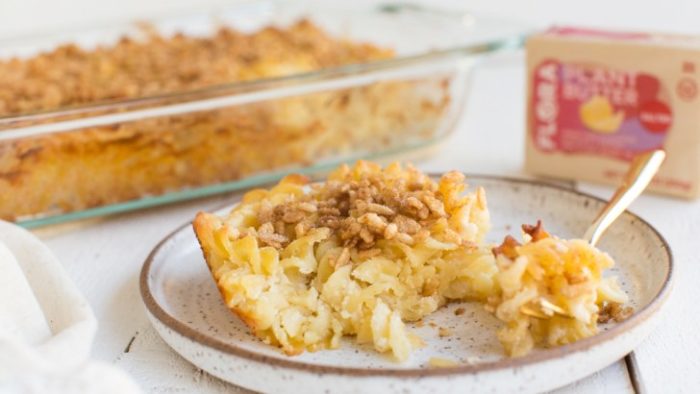 Latkes (aka potato pancakes) are a traditional Hanukkah staple and a must for any Hanukkah celebration! Typically, latkes are made with white potatoes and onions, but if you’re feeling adventurous, there are tons of unique vegan latke recipes online. Latkes can be made with sweet potatoes, zucchini, and even chickpeas. To keep things simple, we’ve found this delicious classic latke recipe. 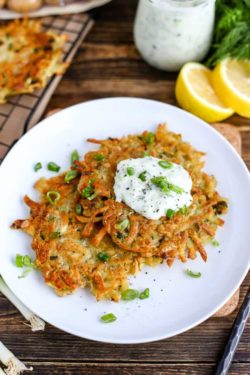 Gefilte is popular on Shabbat and holidays such as Passover, and though it’s not directly related to Hanukkah, the fish dish is often served on this holiday too. You’ll find many takes on veganizing this unique appetizer, with a variety of ingredients to mimic the traditional gefilte texture, from potatoes to chickpeas. This recipe uses tofu, seaweed, and other ingredients that are fairly affordable and easy to track down at mainstream grocery stores (if they’re not already in your cabinet.) 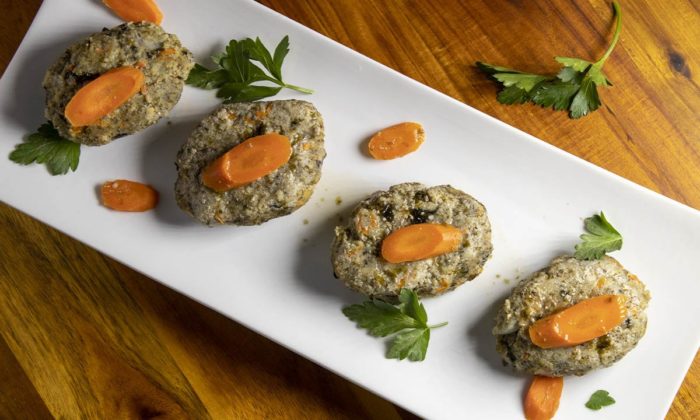 Matzah (or matzo) ball soup consists of broth with several soft round dumplings known as matzah balls. Luckily, both the broth and the matzah balls are very easy to make plant-based. Although like gefilte, the soup is traditionally served during Passover, it’s also become a Hanukkah tradition for many families. This recipe gives a super-easy way to make this delicious soup. While it calls for flaxseeds to make the matzah balls, you can use a commercial egg replacer if you prefer, such as those from Ener-G, Bob’s Red Mill, JUST, or Follow Your Heart. 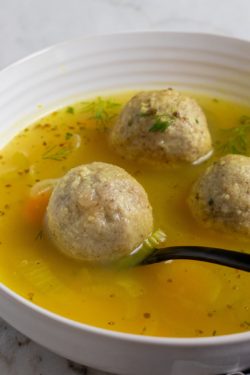 Rugelach is a delicious pastry typically filled with chocolate, jam, nuts, or poppy-seed paste. The quickest and easiest way to make rugelach is to use store-bought puff pastry. (Many common brands are vegan; just check the label.) This recipe allows for a variety of fillings and takes only 30 minutes to make. 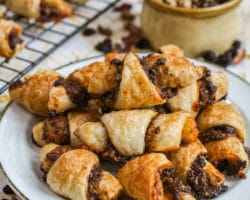 A Hanukkah staple, traditional sufganiyot are fried balls of dough filled with strawberry jelly and coated with powdered sugar. Of all the recipes in our list, sufganiyot are probably the most challenging, but they’re well worth the effort! This recipe breaks it down simply. 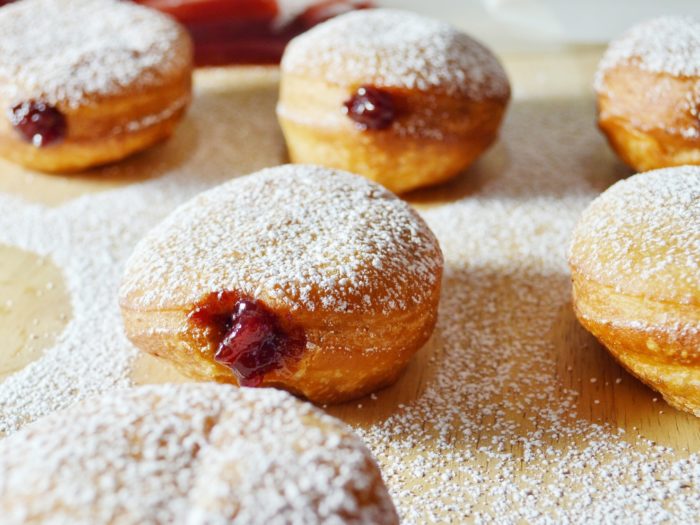 Is it your first time celebrating Hanukkah while eating plant-based? Check out our guide to navigating vegan holiday dinners with family and friends. And remember, every time you choose plant-based foods, you’re benefiting animals, the environment, and your health!

8 Vegan Challahs for Every Night of Hanukkah

Host a Plant-Based Hanukkah in 2021: Your Vegan Recipe Guide