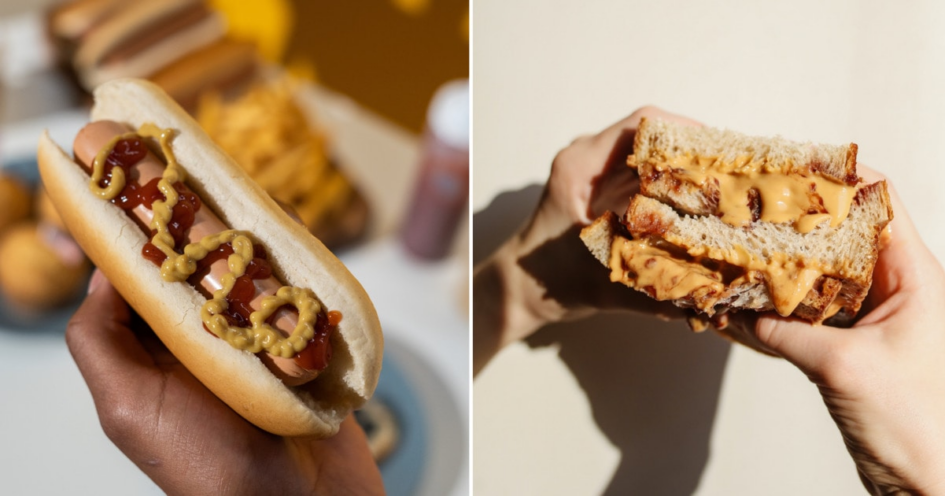 Eating just one animal-based hot dog could cost consumers 36 minutes of healthy life, according to a new study published in the journal Nature Food. Conducted by the University of Michigan’s School of Public Health, the study identified environmentally sustainable foods that promote health. To calculate a food’s impact on human health, researchers drew from nutritional profiles and the Global Burden of Disease—a collection of data ascribing disease mortality to a variety of individual foods—to develop the Health Nutritional Index (HENI). The index allows researchers to quantify marginal health effects—in minutes of healthy life lost or gained—of more than 5,800 foods, with findings ranging from 74 minutes lost to 80 minutes gained. Fruits, cooked grains, ready-to-eat cereals, and non-starchy mixed vegetables resulted in the largest gains while hot dogs, burgers, breakfast sandwiches, and sugary drinks were linked to the greatest reduction in lifespan.

Similarly, to quantify a food’s impact on the environment, university researchers assessed water use and relied on IMPACT World+, a popular method of determining the environmental impact of a given food’s life cycle, from production to manufacturing, cooking, consumption, and waste. After analyzing foods’ combined nutritional and environmental impacts, researchers categorized them into three different zones: green, yellow, and red. Green zone foods (primarily legumes, whole grains, fruits, nuts, and field-grown vegetables) are the most nutritionally beneficial while having little environmental impact. Foods in the red zone (beef, pork, lamb, and processed meats) have negative effects on both human and environmental health. To improve health and reduce negative environmental impact, the study found that swapping just 10 percent of daily calories normally obtained from beef and processed meats for green zone foods results in a gain of 48 minutes of healthy life and a 33 percent smaller dietary carbon footprint. “Generally, dietary recommendations lack specific and actionable direction to motivate people to change their behavior,” lead researcher Katerina Stylianou said. “Rarely do dietary recommendations address environmental impacts.” Although the study found that plant-based foods generally performed better than animal-based foods, researchers warned against widely varying levels of environmental and health impacts in each of the two groups. While hot dogs resulted in 36 minutes of healthy life lost, chicken wings are associated with a loss of 3.3 minutes. Rice, beans, and salted peanuts can add between 10 to 15 minutes of healthy life while peanut butter and jelly sandwiches resulted in a gain of 33 minutes.

Meat slashes minutes from life and kills the environment, too

It is no secret that animal-based foods are a large contributor to climate change due to the destructive nature of animal agriculture. According to a 2018 study conducted by researchers at Oxford University, the global meat and dairy industries are responsible for 60 percent of greenhouse gas emissions. Just last year, researchers at Augsburg University in Germany revealed that the price of animal products would drastically increase if the environmental cost of producing them were taken into consideration. Based on land use and emissions of carbon dioxide, nitrous oxide, and methane, the consumer price of animal flesh would increase by 146 percent while the price of dairy-based products would increase by 91 percent. On the health front, numerous studies report the detrimental health effects of diets heavy in meat and dairy. Eating processed meat can increase the risk of coronary heart disease by 18 percent, according to a recent study published in the journal Critical Reviews in Food Science and Nutrition. The study, led by Oxford University researchers, concluded that daily consumption of just 50 grams of processed meats, such as bacon, ham, and sausage, increased the risk of coronary heart disease by 18 percent. Consuming 50 grams of  unprocessed meat, such as beef, lamb, or pork, increased risk by 9 percent. Similarly, consuming dairy products regularly has detrimental health effects. A study published in the International Journal of Epidemiology earlier this year revealed that consuming as little as one-quarter to one-third cup of dairy milk per day results in a 30 percent increased risk of breast cancer. This risk jumps to 50 percent by drinking one cup of dairy milk per day and further increases to 70 to 80 percent by consuming two or three cups daily.

Plant-based diets, unlike those heavy in animal-based products, are known to help prevent disease. Eating plant-based just once a day, specifically at dinnertime, can reduce the risk of heart disease by up to 10 percent, according to a study published in the Journal of Clinical Endocrinology & Metabolism this spring. Last year, researchers at Harvard’s School of Public Health found that following a plant-based diet was associated with a 23-percent lower chance of developing type 2 diabetes.

Although researchers at the University of Michigan reported that consuming “select seafood,” most notably salmon, results in a gain of healthy life minutes, the necessity of including these animal products in one’s diet is unclear, especially given the detrimental effects of the global fishing industry on the environment.

Vegan, algae-based sources of the beneficial Omega-3 fatty acids commonly found in fish are widely available and Canadian naturopathic doctor Matthew Nagra, ND explains that “it is unclear if vegans even need to supplement” since these nutrients are also derived from foods such as flax, adding that vegans’ Omega-3 levels do not significantly differ from those of fish eaters. Popular Netflix documentary Seaspiracy also revealed the catastrophic effects overfishing has on the world’s oceans. According to the film, humans kill between 11,000 and 30,000 sharks every hour, the majority as a result of bycatch. Dolphins, turtles, and other sea life are also susceptible. Often, these fishnets are discarded, contributing to the growing amount of plastic in oceans. Farmed fish aren’t any better either. While 50 percent of the world’s seafood comes from farmed fish, these same fish are fed dehydrated fish. To create this fish feed, the amount of fish required far exceeds the amount of fish killed for human consumption.