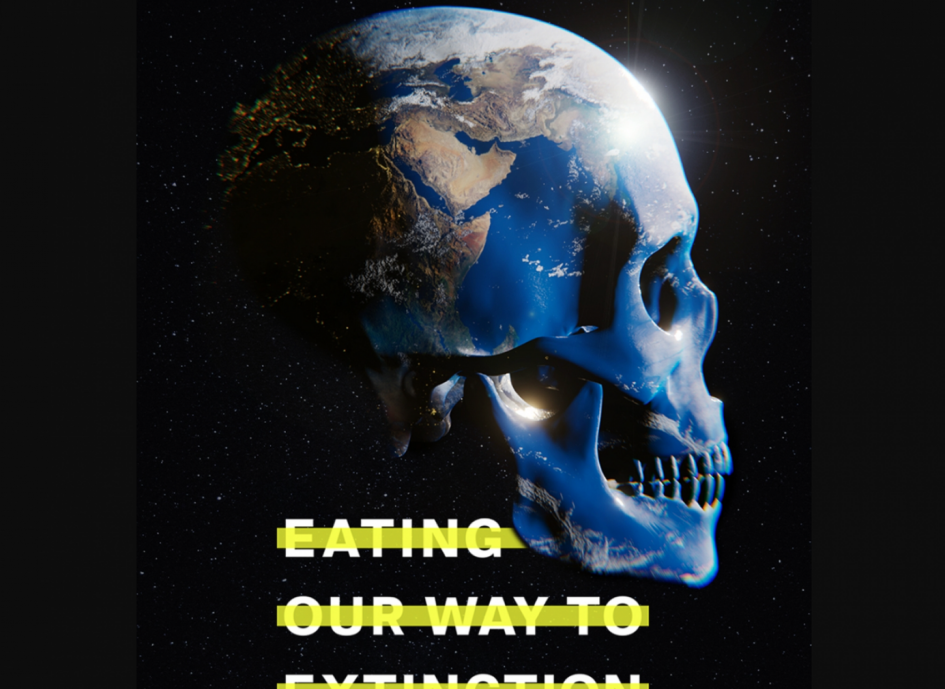 A new powerful documentary addresses the topic nobody wants to talk about – the way our food is produced and its destructive impact on our planet.

The eyes opening film exposes our unsustainable food system and the role it plays in global warming. As David Attenborough said: “We have overrun our planet”.

Narrated and executive produced by Kate Winslet, Eating Our Way to Extinction gives insights into the food industry and factory farming.

It takes you on a journey around the world through the Amazon rainforest, the Mongolian desert, the Taiwanese Mountains, the US Dust Bowl, the Norwegian Fjords and the Scottish coastlines, telling the story of our planet with shocking testimonials from local communities most affected by global warming.

The movie features interviews with industry leaders, including Sir Richard Branson and Tony Robbins, leading scientists and comments from celebrities.

Directors Otto and Ludovic Brockway examine the animal farming, commercial overfishing and food production and help you realise who is paying the price of this horrible destruction. The film makers aim to empower the audience to make better lifestyle choices, care more about what we buy and eat and make better decisions when choosing governments and leaders.

Leonardo DiCaprio commented on the film: “This is the film future generations will be wishing everyone watched today.”

As we are heading to extinction, we have to urgently shift our food system from animal-based foods to plant-based foods. A global change towards a plant-based diet will have a profound impact on planet Earth.

Eating Our Way to Extinction is set for release as a one-night-only event on September 16 in select cinemas. After watching it, you will never look at food the same way again. The future is in our hands.