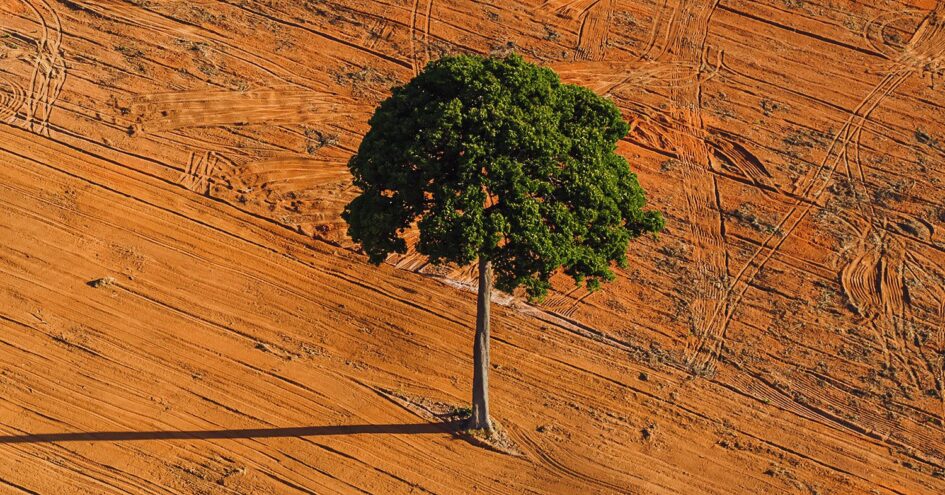 “If mother earth manifested into a human, it would be Kate Winslet,” says Otto Brockway, director of new documentary Eating Our Way to Extinction. The Academy Award-winning actor, beloved for her roles in blockbusters like 1997’s Titanic and 2006’s The Holiday, narrates Brockway’s feature-length film, which focuses on the link between the climate crisis and the way we eat.

Winslet is joined by billionaire and vegan investor Sir Richard Branson, marine biologist Sylvia Earle, philanthropist Tony Robbins, and some of the world’s most respected scientists, doctors, and academics. Together, they lead viewers through a deeply poignant journey of cinematography (shot by Brockway’s brother Ludo), solid science, and shocking facts to face a hard truth: animal agriculture is destroying the planet, and with it, humanity’s future.

Are we really eating our way to extinction?

Animal agriculture is the leading cause of deforestation around the globe. It also contributes to water pollution, soil degradation, ocean dead zones, and emits 14.5 percent of global greenhouse gases, according to the United Nations. The picture looks bleak. But we can turn things around. Eating Our Way to Extinction intends to be a wake-up call to the public that there is true power in changing what’s on our plates.

It’s a message backed up by multiple scientific studies. A 2020 environmental report found that replacing just 10 percent of animal agriculture could save the equivalent of 2.7 billion trees in CO2 emissions. Two years prior, the biggest-ever food production analysis found that eating plant-based was the single-most effective way of tackling climate change. (The lead author of that report, Oxford University’s Dr. Joseph Poore, appears in Eating Our Way to Extinction.)

We spoke with Brockway about his inspiration for the film, the power of incremental change, and why he believes documentaries have a unique power to change the way people think and act.

LIVEKINDLY: We all know there’s a climate crisis, but what was the impetus for you to make this film? Why did Eating Our Way to Extinction feel necessary for you in this moment?

Otto Brockway: Ultimately, I think the idea was born out of frustration. It’s something that’s been building up in me for many years. The science is so strong, and yet, when it comes to action, in terms of policy and also people’s general habits, there is a lack of change. I think I’ve always seen documentaries as one of the most powerful ways to create positive social change.

LIVEKINDLY: So why focus on diet?

Brockway: For me, it comes down to the science. I like making films, but I’m kind of a scientist, that’s my hobby. And the science is so strong. Scientists at Oxford University say that in developed countries, we need to reduce our meat and dairy consumption by about 80 percent within the next few years if we’re going to keep global average temperature increases below 1.5 celsius. I think they find it frustrating that their message seems to be falling on deaf ears. I do too.

LIVEKINDLY: Do you think that when it comes to diet, an all-or-nothing approach is effective? Or is there power in incremental change?

Brockway: I think there is definitely power in flexitarianism, and incremental change will help put us in the right direction. But I think we’re at a point now where we do need to make quite drastic changes in our eating habits. We’ve pushed the boundaries of our planet’s ecology. The negative feedback loops, the methane coming out of the arctic, and the permafrost may already outrun us.

With things like Meatless Mondays, for example, I would always applaud anyone for making any sort of change. But even if the whole planet went to Meatless Mondays, that would still not come close to what we really need. Without trying to sugarcoat it, the more a person can do the better.

LIVEKINDLY: When it comes to the food industry and its environmental impact, where does the blame really lie?

Brockway: I don’t like to use the word blame, personally. I think it’s something that nearly all of us have been a part of. We’ve been eating meat for thousands of years, it’s been a part of our culture, so I think that responsibility is a word I would prefer to use. And the responsibility lies with all of us. It lies with policymakers, governments, businesses, and it also lies with us as individuals. We have to ask ourselves the question: Do we really want to stop the very worst effects of climate change by making a very small change in our eating habits?

LIVEKINDLY: As well as experts and celebrities, the film features accounts from indigenous people, who quite often suffer the most from the consequences of the climate crisis. Why was it important to you to include their perspectives?

Brockway: For thousands of years, many indigenous people have lived in tune with the cycles of the Earth. Because they’re very sensitive to the natural rhythms of the planet, we thought it would be very powerful to see from their point of view how these natural cycles and natural rhythms have changed.

A memorable moment for me was when we were filming a tribe in Taiwan, and the grandfather said to his grandson that he would have to become a lot stronger to survive in the world that’s coming. He said he feared many would not make it, because he had seen how drastically the weather had changed in his lifetime. He really believes that at the speed at which things are changing, many people won’t survive in the years and decades to come. That was equally chilling and moving to hear.

LIVEKINDLY: There are many documentaries covering the climate crisis now, and they have a huge impact. Why do you think this method of communicating information to the public is so effective?

Brockway: As humans, we like stories. You just need to look at the growth of Netflix in the last few years to see how much people enjoy watching documentaries. I think it’s so powerful to use the tool of storytelling to inspire potentially millions of people to open their eyes to something they may not have realized yet. There are so many people out there that care, that have a lot of love for this world. They have a lot of common sense and they understand that the planet is in crisis. But perhaps, because of the lack of information, they haven’t quite realized yet just how bad our eating habits are.

LIVEKINDLY: How do you want people to feel after they’ve seen the film?

LIVEKINDLY: What is your biggest takeaway after making this film?

Brockway: I think, from a scientific point of view, we can’t save civilization as we know it. We’ve pushed the planet’s boundaries so far. Even if we went to a completely green economy today and stopped eating all animal products, with the effects of biodiversity loss and all the carbon that’s in the atmosphere, there will be big changes coming. And probably not-so-good ones. I’m not so hopeful in that sense.

However, there is definitely a massive shift happening towards not just a green economy, but a plant-based lifestyle. So I am hopeful that at least we’ll be able to save a part of civilization. Perhaps we can rebuild a new world from the ashes of this one.

The film release in the UK and U.S. is one night only, Thursday, Sept. 16. For more information on Eating Our Way to Extinction, see here.