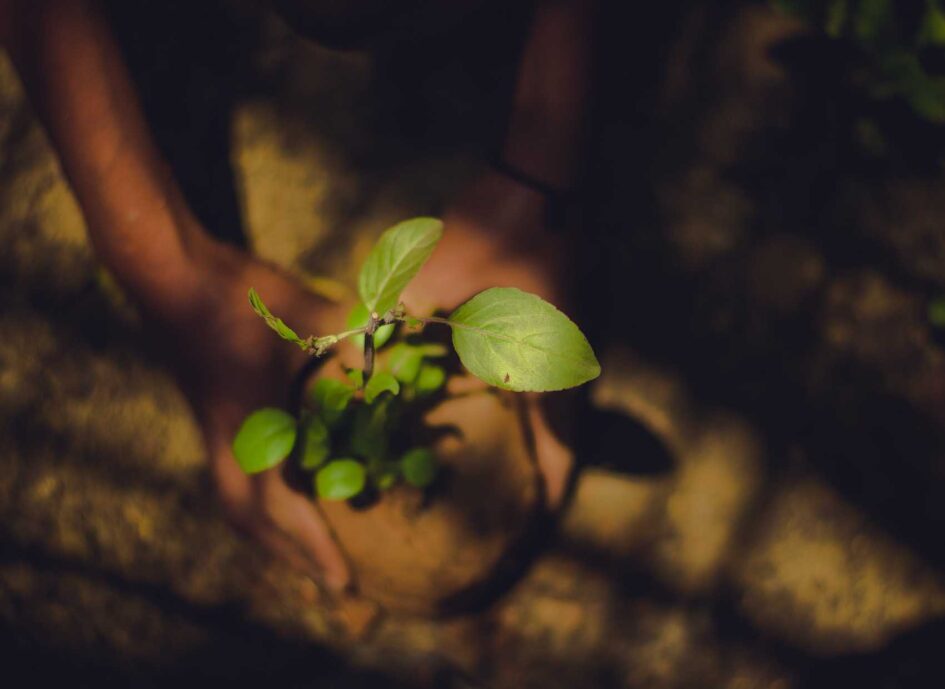 Ecosia, the not-for-profit search engine which uses advertising profits to plant trees, is planting 10,000 trees as part of a partnership with the new environmental documentary, Eating Our Way to Extinction.

Narrated by Academy Award-winning actress Kate Winslet, the new documentary aims to shine a light on the true impact our food habits have on the planet in an effort to inspire millions of people to embrace a plant-based diet.

Ecosia has helped to finance the documentary, produced by Broxstar Productions, which sends a simple but impactful message by uncovering hard truths and addressing, on the big screen, the most pressing issue of our generation – ecological collapse. World-renowned scientific experts in the documentary include Dr Sylvia Earle, Former Chief Scientist of NOAA; Prof. Olivier de Schutter, Former United Nations Special Rapporteur; Dr Marco Springmann, Senior Researcher on Environmental Sustainability, University of Oxford; Jeremy Rifkin, Economic and Political Advisor and Prof. Peter Wadhams, Head of Polar Ocean Physics Group. As part of this partnership, Ecosia will plant 10,000 trees which will help sequester double the amount of carbon created by the production of the documentary.

Otto Brockway, Director of Eating Our Way to Extinction, said: “It’s easy to say we want to be green but partnering up with Ecosia has helped us to walk the walk. We feel uplifted and hopeful working with an organisation like Ecosia and the amazing work they’re doing to help reverse some of the damage caused by mass livestock farming.”

Eating Our Way to Extinction is part of a wider movement to encourage people to understand the impact their diet and lifestyles have on the climate crisis and the planet. The documentary highlights Ecosia’s mission to use advertising profits from internet searches to plant trees as an example of solutions that are having a meaningful impact on the world.

The film visits a project in Brazil, where Ecosia works in partnership with ITPA, an organisation created in 1998 that focuses on conservation, reforestation and other environmental issues facing Brazil’s Atlantic Forest. Since working with ITPA, Ecosia has helped to finance the planting of thousands of trees in Brazil. The company has also invested over €400,000 in firefighting efforts with ITPA which has helped to save 6 million trees from being destroyed in wildfires.

Since launching 11 years ago, Ecosia has helped to plant 132 million trees in over 30 countries such as Brazil, Peru, Madagascar and Indonesia, where it works with carefully vetted NGOs and tree-planting organisations. Ecosia wants to expand its capacity to plant 150 million more trees in addition to those planted by its users’ searches, which is why it recently launched its tree planting as a service called Ecosia Trees.

Similar to the partnership with Eating Our Way to Extinction, Ecosia Trees allows companies to partner with Ecosia to fund high-quality tree planting at scale. Each Ecosia Tree costs €1 to plant and protect, with each tree monitored for at least three years using a combination of technology and working with local communities to ensure their survival. By partnering with Ecosia, companies can ensure they are working with one of the foremost tree planting organisations in the world. Ecosia specialises in planting mixed forests instead of harmful monocultures, working with local communities to provide economic opportunities and sensitively restoring degraded and barren grounds into fertile woods and farmlands.

Sophie Dembinski, UK country manager and head of Public Policy at Ecosia, said: “The way we are choosing to eat is one of the leading causes of deforestation, particularly in Brazil. At Ecosia, we knew this documentary had important facts to reveal and that’s why we chose to support its production from the beginning. Documentaries like this are important in sparking conversations about the world and our impact, and demonstrate that by making a small change to your lifestyle – such as having a plant-based diet – you can make a positive difference. As well, through this partnership, Ecosia will be able to plant at least 10,000 trees around the world that will help to sequester carbon, alleviate poverty, hunger and drought and provide meaningful employment to local communities. Each Ecosia tree is monitored to ensure its survival, so they help to reverse decades of deforestation and invest in the planet for the future.”

Eating Our Way to Extinction will be released in cinemas in the USA and UK on 16 September. TheVeganKind was one of the sponsors of the premiere event.

Plant A Tree When Shopping With TheVeganKind

Earlier this year, we partnered with Ecologi, and we are committed to planting a tree for every order made in TVK Supermarket.