Ellen DeGeneres Has a New ‘Kind’ Skincare Line. Is This Her Apology? 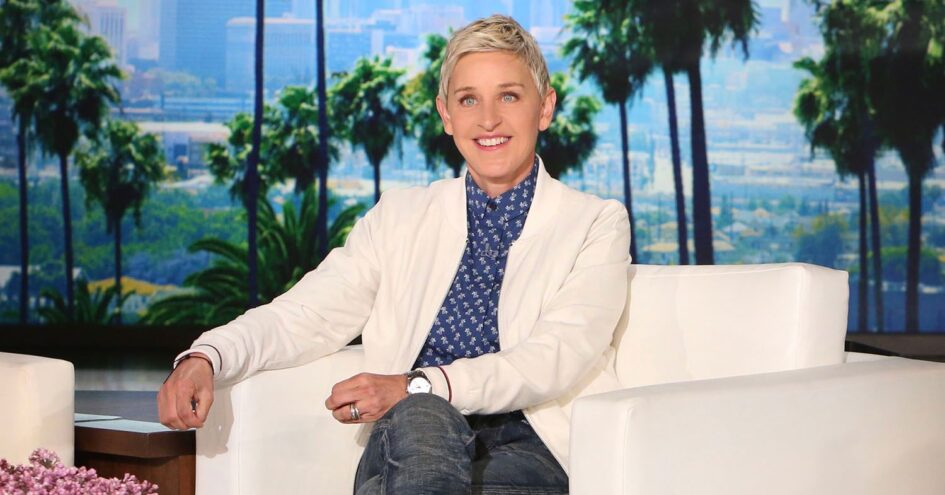 After almost two decades, The Ellen DeGeneres Show is coming to an end. And while the host says it’s because the former prime time hit “no longer feels like a challenge,” the timing suggests slightly different, more controversial, reasons why it’s cameras off for DeGeneres (more on that below). But she isn’t retiring from public life. Instead, DeGeneres is doing what every good celebrity does in 2021, she’s launching a beauty brand. (Seriously, join the club.)

The new “age positive” skincare line is framed around kindness (and even named as such), but is this a genuine attempt to course-correct, and try to influence positive change? Maybe. But I think the more likely scenario is she’s attempting to save face with good old celebrity brand opportunism. As consumer data platform GlobalWebIndex predicted late last year, in 2021, “kindness is currency.” Maybe, DeGeneres is just desperate to protect the compassionate image that took nearly two decades to build, and only a few years to come crashing down, while making a buck or two in the process.

DeGeneres was once considered the darling of American television. At the top of its game, The Ellen DeGeneres Show—characterised by playful interviews with A-listers and extravagant gifts and gestures handed out to audience members—averaged 4.4 million viewers. But, in the last few years, widespread reports of toxicity both behind and in front of the cameras have contradicted DeGeneres’ super kind image.

The host’s questionable behaviour isn’t new. One resurfaced interview shows, quite frankly, appalling behavior towards a pregnant Mariah Carey in 2010. But from 2019 onwards, the public started to become a lot more switched on to what was going on. Of course, there was Dakota Johnson’s viral (and let’s face it, iconic) “that’s not the truth, Ellen” interview. But there were also accusations far more serious than missed birthday parties.

Earlier this year, one former employee from The Ellen DeGeneres Show claimed that behind the scenes, “racism, fear, and intimidation” were rife. They added: “That ‘be kind’ bulls**t only happens when the cameras are on.” But DeGeneres—who claimed to know nothing of the toxic work environment she worked in every day—isn’t letting go of trying to persuade the world she’s a kind person. Following the final season of her show, she’s moving on to pastures new, with a beauty brand called Kind Science.

When you look closely at the beauty market now, you’ll see that celebrities, whether they have good intentions or not, are cashing in on the concept that kindness sells. And it might be doing more harm than good.

Ellen DeGeneres launches ‘Kind’ brand, but will she live it?

In a nutshell, Kind Science is a cruelty-free skincare brand that claims to use performance-driven, eco-friendly ingredients. It’s focused on anti-aging, or, according to brand marketing, “age-positivity.” DeGeneres said: “Kind Science isn’t about anti-aging because aging is a good thing… I want to keep laughing, just with fewer laugh lines & wrinkles.”

The talk show host is really leaning into the branding. Is it an excuse? An apology? Not sure. “We call it Kind Science because it is kind to animals,” she adds. “It is kind to your skin, it’s kind to the planet, and it’s kind to your wallet. So it’s all kind.” DeGeneres uses “kind” in a way that makes you suspect she might be relying on the power of repetition, politician-style, to convince us that underneath it all, she really isn’t all bad. Maybe she isn’t.

Whether or not DeGeneres is worthy of a second chance or not is not for me to determine. But I can see there is another problem at play here. When you look closely at the beauty market now, you’ll see that celebrities, whether they have good intentions or not, are cashing in on the concept that kindness sells. And it might be doing more harm than good.

Is the rise of ‘ethical’ celebrity beauty harmful?

DeGeneres is the latest in a long list of celebrities to announce or launch a cruelty-free or “clean” or “sustainable” beauty brand this year. She follows Ariana Grande, Hailey Bieber, Vanessa Hudgens, and Madison Beer, to name a few.

Kylie Jenner also recently announced her beauty empire was going vegan. On the surface, it seems like the rebrand decision could have been made out of compassion. But when you consider Kylie Cosmetics’ falling sales figures in 2020 and the research showing that consumers are increasingly looking to spend money on ethical products, it begins to look more like a business move. And that’s no big surprise, because that’s what beauty is: business. And like any enormous industry, it has a significant impact on the planet.

On average, the global beauty market produces 120 billion units of packaging waste a year. Most of this is made from plastic, which pollutes waterways, takes up space in landfills, and its production is responsible for significant amounts of greenhouse gases. (In 2019, the UK plastic industry emitted 2.5 million metric tons of CO2.)

The hard truth: just like those celebrities in March 2020 who sung Imagine—a song originally written about world peace, equality, and ending poverty—did nothing to mitigate the impact of the pandemic for people without mansions, celebrities launching “green” and “kind” beauty brands won’t change the cosmetic market’s detrimental environmental impact. While Kind Science says its packaging will be recyclable, this starts to look a lot like greenwashed marketing when you consider the estimation that only 9 percent of recyclable materials actually end up being recycled. And in many cases with these brands, there is often only vague wording around the “clean” and “eco-conscious” branding. So just stop it, Hollywood. You’re not helping.

Only the encouragement of a slow down in buying habits can curb beauty’s environmental impact. More mindful consumption, preferably from mission-driven brands by environmentally-focused founders with solid credentials, is essential. So maybe DeGeneres could try to save her public image by investing in technology that solves the beauty waste problem, rather than adds to it. Or by supporting beauty brands run by marginalized founders, with true impact missions, like Kulfi Beauty, perhaps. Then she’d be really showing us, not just telling us, that she believes in kindness as a value and a practice.

The views expressed in opinion pieces are those of the author and do not represent the policy or position of LIVEKINDLY.