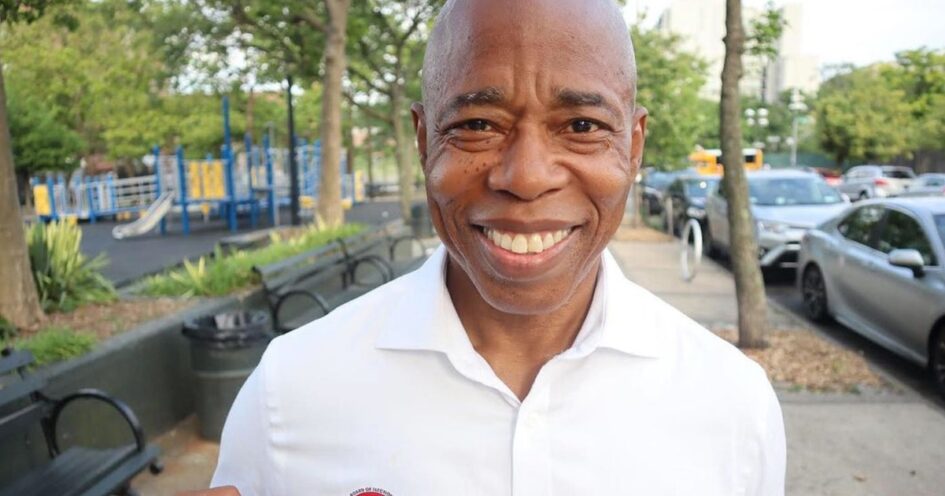 Throughout the campaign trail, Adams and Silwa debated issues such as vaccine requirements for city workers, solutions for helping NYC’s houseless population, and climate change mitigation efforts. However, despite their differences, the two mayoral candidates praised each other for their respective love of animals. For his part, Sliwa—who lives with 16 rescued cats—has been a loud supporter of increasing no-kill animal shelters, ending backyard breeding operations, and banning horse-drawn carriages.

Adams has been vegan since 2016 and, in addition to supporting animal welfare issues, brings his plant-based perspective to the office of mayor. 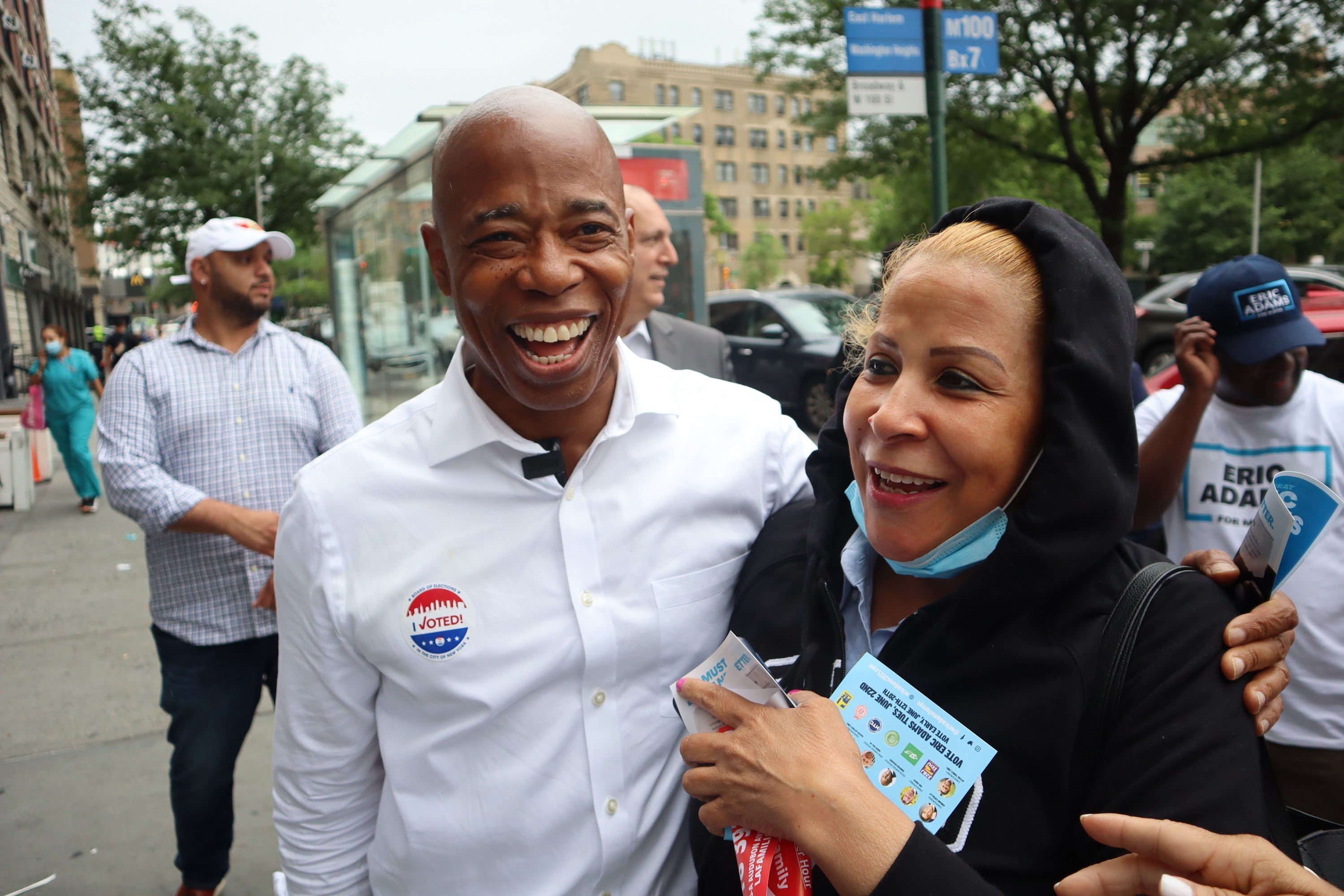 NYC gets its first vegan mayor

Adams first began his career in public service in the New York City Police Department, where he served for 22 years. As a police officer, Adams aimed to affect change from within and founded 100 Blacks in Law Enforcement Who Care, an organization that stood against racial profiling and fought for criminal justice reform. Adams left the NYPD to pursue a career in politics, and in 2014 he became the first person of color to be elected as the Brooklyn Borough President.

Adams initially went vegan to combat the debilitating symptoms he experienced after being diagnosed with Type 2 diabetes. As Brooklyn Borough President, Adams has helped his constituents and fellow New Yorkers gain control of their health through several initiatives, including spearheading a plant-based medicine program within NYC Health + Hospitals/Bellevue, the city’s largest medical system.

In May, Adams also authorized a $10,000 discretionary grant to support plant-based nutrition education at the State University of New York (SUNY) Downstate College of Medicine. The funds helped establish the Food as Medicine Initiative, a supplemental program to the existing nutrition curriculum, which teaches future medical professionals the healing power of plant-based foods.

To help children gain access to plant-based foods, Adams also worked with former NYC mayor Bill de Blasio to implement Meatless Mondays at 15 schools in Brooklyn, a program the then mayor expanded to all 1,700 NYC public schools in 2019. That year, Adams also spearheaded Resolution 238, which called upon the Department of Education to remove processed meat such as bologna, pepperoni, and hot dogs from public school menus citywide. 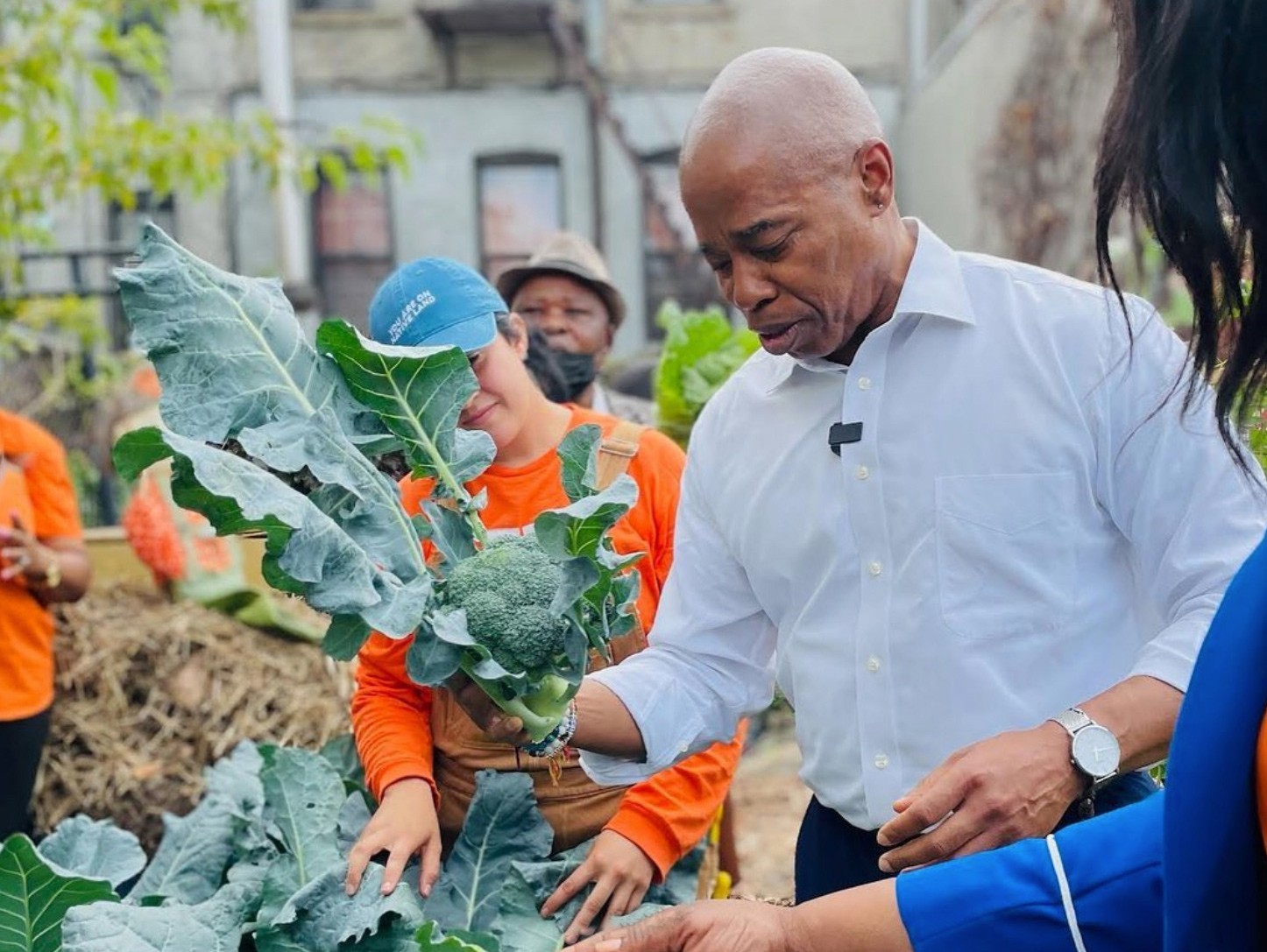 In his role as mayor, Adams will use his experience of overcoming serious illness with a plant-based diet to inform policy. “I don’t believe the government should tell you what you can have on your grill in your backyard on Saturday. What the government should do is not feed the crises,” Adams told local outlet GrubStreet in a recent interview. “So we can’t have a Department of Health and Mental Hygiene fighting childhood obesity, diabetes, and asthma and a Department of Education preparing 960,000 meals a day that cause childhood obesity, diabetes, and asthma. So what you do with your dollar is up to you. But on taxpayers’ dollars, we should not be feeding a health-care crisis.”

Outside of his political career, Adams is also a published author and recently released Healthy at Last, a book in which he details his plant-based transformation, speaks about the issue of diet-related chronic diseases as they affect communities of color, and shares more than 50 vegan recipes. To further expand his message beyond NYC, Adams has also appeared in several documentaries that promote plant-based living, including the upcoming film They’re Trying to Kill Us—which examines the intersections of diet, poverty, and systemic racism.

“Like many New Yorkers, my life has been full of struggles. It wasn’t always easy. My mom worked her fingers to the bone cleaning houses to raise six children, all on her own,” Adams said in a statement when he announced his run for mayor last year. “But we persevered—because that’s what New Yorkers do. Now the city is in pain. And I know I can help because I have lived the life of the people who are hurting the most. I have seen what works and what doesn’t in this city. To be truly progressive, we have to fix [the] government and eliminate the inefficiencies that are holding us back.”