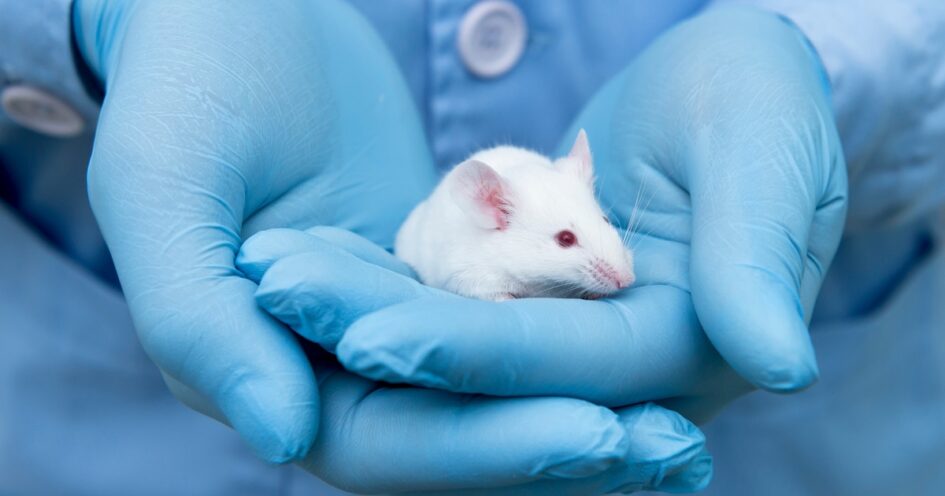 This week, the European Parliament adopted a resolution that calls upon the European Commission to establish an Action Plan for the European Union (EU) to phase out the use of animals in laboratory experiments. Every year, EU labs use approximately 10 million animals, such as mice, dogs, cats, and monkeys, for experiments and until now, that number has not changed much. While EU member states have individual policies in regard to scientific animal testing, a sweeping and unified EU-wide action plan will help move the needle in the right direction faster. The new action plan will drive this number down by defining milestones and targets that create incentives for animals to be phased out of EU labs and replaced with human-relevant testing methods and new, more efficient technologies.

“This vote signals the need for systemic change in the EU’s approach to safety science and health research, with Parliament embracing an historic opportunity to take animal suffering out of the equation and shift the focus to modern, human relevant technologies,” Troy Seidle, Humane Society international (HSI) Vice President for Research and Toxicology, said. “If our goal isn’t to cure cancer in mice or prevent birth defects in rabbits, we need to let go of the unfounded belief that these animals are miniature people and get serious about understanding and predicting human biology in the real world. Human organ-chips, stem cell models, and next-generation computing allow us to do exactly that, and can deliver considerable benefits in the study of uniquely human diseases and the assessment of potential new medicines and chemical safety generally.” This resolution comes after campaigns from 100 organizations from 24 EU member states, including HSI Europe, People for the Ethical Treatment of Animals (PETA), and Cruelty Free Europe. While the EU Parliament vote is not legally binding, it puts pressure on the European Commission to respond and act (which it is expected to do within three months). HSI is standing by to assist in developing and implementing concrete proposals.

“Today with this historic vote, the EU Parliament is calling for pro-active and coherent policies to phase-out animal experiments, such as preferential funding for non-animal methods, training scientists in new technologies and key regulatory changes to chemicals legislation,” Seidle said. “We call on the Commission to embrace these proposals and recognise that an Action Plan to hasten our departure from animal-based science is in all our interests.” Cosmetic animal testing in the EU

When it comes to testing cosmetics on animals, the EU has had anti-testing policies in place since as far back as 2004. In 2013, the EU closed a loophole in its cosmetic testing ban by prohibiting the sale of cosmetics that had been tested on animals—setting a precedent for the rest of the world. However, that ban has recently been challenged by the European Chemicals Agency (ECHA), which called for new animal testing, sparking massive pushback.

Animal-rights groups and companies committed to ending animal testing in the beauty industry have organized efforts to uphold the cosmetic testing ban. Multinational company Unilever—which owns PETA-approved brands such as TRESemmé, Dove, and St. Ives—has been developing non-animal testing methods and fighting for regulatory change for more than 40 years.

“There is no reason to test cosmetics products, or the ingredients used in them, on animals. The ECHA’s proposals pose a significant threat to the progress our industry has made towards ending animal testing for assuring the safety of cosmetics and other consumer products,” Julia Fentem, Head of Unilever’s Safety & Environmental Assurance Centre, said. “If these proposals go ahead, hundreds of thousands of animals could be subjected to unnecessary tests, when innovative non-animal approaches based on leading-edge science and technology offer reliable alternatives to animal testing. We say use science, not animals.”

EU citizens are also widely opposed to both scientific and cosmetic animal testing. Opinion polls show that 66 percent of EU citizens support saving the existing Cruelty Free Cosmetics legislation and 72 percent support an EU Action Plan to phase out animals from laboratories. Since the ECHA’s call to reinstate animal testing three weeks ago, a petition launched by the European Citizens’ Initiative titled Save Cruelty Free Cosmetics—Commit to a Europe without Animal Testing has gathered more than 120,000 signatures. Currently, 41 countries around the world have cosmetic animal testing bans in place and North America is just catching up. While the US does not currently have a federal ban, individual states have been passing legislation to end cosmetic animal testing. In 2018, California became the first state to pass the Cruelty-Free Cosmetics Act and six additional states (Nevada, Illinois, Virginia, Maryland, Hawaii, and Maine) have since followed, most just this year. Three additional states, New Jersey, Rhode Island, and New York, are expected to enact similar legislation soon.

On a federal level, the US and Canada are lagging behind Mexico, which recently became the first North American country to pass a sweeping ban on cosmetic animal testing, which also prohibits the manufacturing, sales, and marketing of cosmetics tested on animals. Mexico’s decision was heavily influenced by animal-rights campaigns and HSI’s animated short film Save Ralph—which portrays the sad life of a lab rabbit and features a slew of celebrities, including Zac Efron.