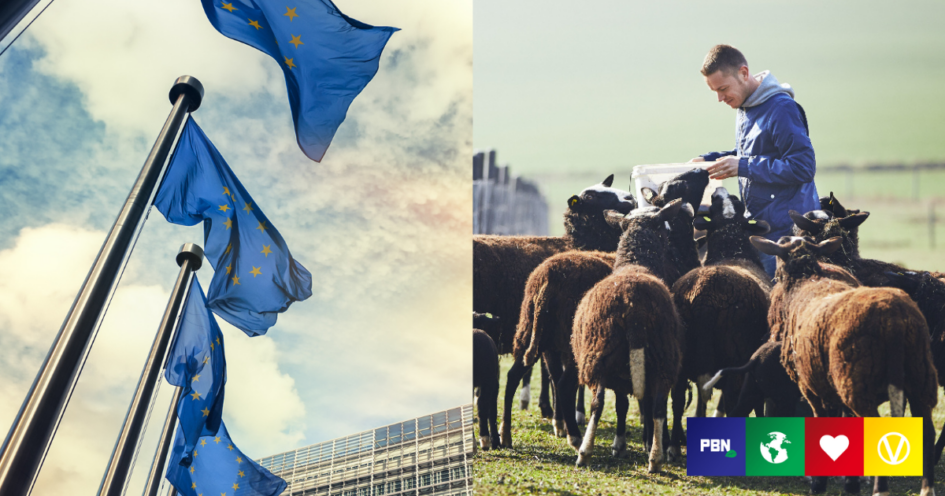 MEPs within the European Parliament have voted in favor of a green deal aimed at creating a more sustainable and eco-friendly food system. The Farm to Fork Strategy was adopted this week, despite receiving kickback from the meat industry.

The food strategy encourages healthy eating ‘at every step of the supply chain’ – with particular nods to shifts to plant-based.

Orders inside it include new nutrition labels and setting recommended consumption restrictions for foods containing high salt, sugar, and fat contents. This is to address the ‘overconsumption’ of meat, the European Parliament said in a statement.

Moreover, animal welfare standards are set to be reviewed, following the banning of cages in the farming system already in motion.

Other resolutions in the plan include protecting biodiversity and reducing pesticides among ‘ambitious’ emission targets. Votes in favor totaled 452, with 170 against and 70 abstentions.

“We propose concrete measures to bring our food system back within planetary boundaries by stimulating local food production and by moving away from intensive livestock farming and crop monocultures with high pesticide use.

“A sustainable food system is also crucial for the future of farmers.”

Jasmijn De Boo, of ProVeg International, also sang the policy’s praises. And, said the policy stresses the importance of producing healthy food as a way to realizing climate and public health goals.

In particular, ‘moving away from intensive livestock farming and towards more plant-based foods’.

She added: “A sustainable food system is crucial for Europe, its farmers, and its citizens.”

Now, legislative proposals will be set with a view to delivering the plan by 2030.

Ahead of the adoption, meat lobbiers Copa-Cogeca tried to push the vote back.

This was revealed in leaked documents that revealed a staggering €1.7 million on influencing politicians.

But the meat industry group maintained it ‘fully supports’ the Farm to Fork food strategy. This is despite it urging more reports be included to create a ‘richer debate’.

It was later accused of ‘waging a campaign’ against the strategy.