EXCLUSIVE: 87% Of UK Vegans Have Had At Least One COVID-19 Vaccination, Says Survey 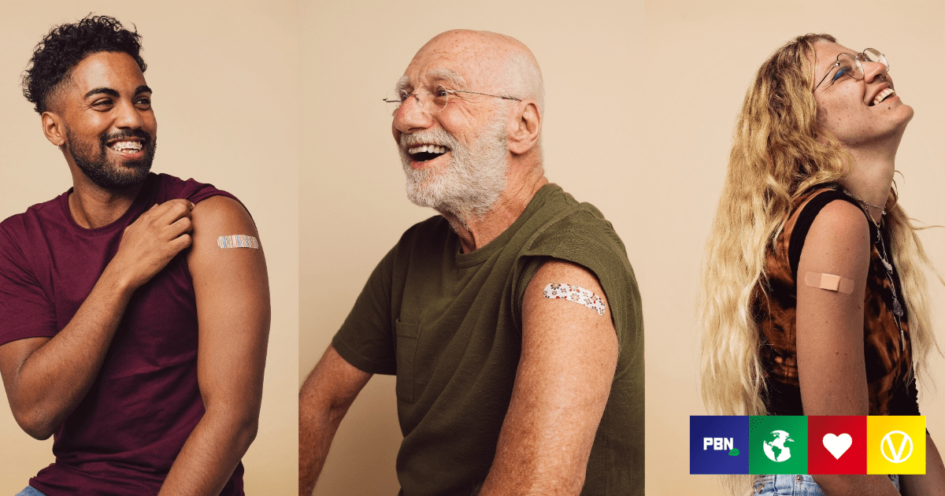 Almost 90 percent percent of vegans in the UK have had at least one dose of the COVID-19 vaccine, according to new research. The statistic resides at 87 percent, spread across the ages and across the country.

And those who are double jabbed lies at 62 percent, Plant Based News can reveal, due to data compiled by The Vegan Society.

This is despite all three available vaccines (Moderna, Oxford/AstraZeneca, and Pfizer/BioNTech) being tested on animals, as required by law.

For the research, The Vegan Society surveyed 1,500 vegans aged between 16 and 80. They are from all corners of the country, and answers were gathered between September 7 and October 5 this year.

In all areas of the UK within the sample, COVID-19 vaccine uptake was recorded at over 80 percent retrospectively.

This is amid a wider 69 percent of the country proclaiming full vaccination status – which translates to almost 47 million people.

Of the vegans surveyed, four percent have chosen not to be vaccinated. The top reason cited for this was down to distrust over whether it is safe.

Thirty-five percent said they will wait for more information to be available. Additionally, 29 percent do not believe that it is effective, and 23 percent cite ethical reasons.

Speaking on the data, Sam Calvert, a spokesperson for the organization said the COVID-19 vaccination program is “playing a fundamental role in tackling the pandemic and saving lives.”

“Sadly, we don’t yet live in a fully vegan world. And we know that facing these kinds of decisions can be extremely distressing for all vegans. No vegan takes the decision to accept medication that is the result of animal use and testing lightly.

“Every vegan’s situation is different and we encourage vegans to come to their own decision on this matter, as with all medication, in conjunction with their primary healthcare team.”

Ever since vaccines first surfaced, there have been split views both in the vegan community and across wider society. It is a debate of the ethics surrounding animal testing, of human medical freedom, of conflicting definitions of safety, fear, and distrust.

Many were outraged to discover the vaccines were tested on animals. But, key thinkers in the scientific community confirm this will likely remain the case for the foreseeable future. This comes despite there being a wealth of plant-based vaccines currently in production, which also involve animal testing.

The Vegan Society made its position on the matter clear last year, urging vegans to get jabbed “to look after their health and that of others.”

However, as the organization states, vegans are able to request an exemption based on their beliefs.

In a statement, it expressed: “Since all medications currently go through animal testing and animal products are commonly used in their manufacture, decisions around taking medication can be complex for vegans.

“…The definition of veganism recognizes it is not always possible or practicable for vegans to avoid participating in animal use, which is particularly relevant to medical situations.”

Are vegans exempt from getting vaccinated?

While it is not currently mandatory to get the COVID-19 vaccine in the UK, the government made it compulsory for all NHS frontline staff last month. This is unless they are medically exempt.

There are conflicting reports on whether a vegan belief can be used as an exemption, and it is one The Vegan Society confirms can only be decided by court, if it rules discrimination has taken place.

According to the Department for Health and Social Care, the legislation is expected to cost £270 million in recruitment and training costs. And, cause “major disruption” to provision.

Thousands of care home staff are set to lose their jobs in the move – 50,000 according to Sky News, though they have until April to receive their second dose.

In a document posted to the British Medical Journal, other concerns from the House of Lords were outlined, despite support for vaccinations being evident.

Can vegans really be exempt from mandatory Covid-19 vaccination?