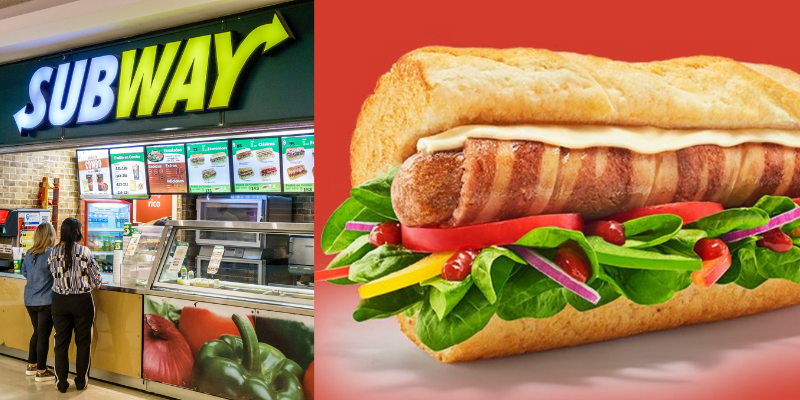 Subway has launched a Vegan version of their festive P.I.B sub

The well-known pigs in blankets Subway has just been made vegan in select stores across the country. Available as a sub, wrap, or salad.

It’s served with Heinz ketchup and features a maple syrup glaze. Subway has been working for months on this vegan alternative to make it as much like the original as possible.

Although it will be an exciting new option for vegans across the nation, it is only available for a limited time across West Midlands, including Birmingham, Coventry and Wolverhampton.

The other vegan items will still be available which include the T.L.C, Plant Patty, Vegan CheeZe Toasted Bites, hashbrowns and of course the vegan chocolate cookie.

We posted the news on Vegan Food UK and people were excited saying ‘OMG’ and ‘Need This‘.

Whilst the majority are not happy about its limited location. Someone commented, ‘Oh man why isn’t it available in more places’ and another saying ‘I was excited until I saw it was only available in 3 areas in the whole of the uk😭’

Are you in one of the areas it’s available, and will you be getting one?

Bottomless No Pigs In Duvets At London’s Biggest Vegan Restaurant

Subway Adds Meatless Chicken Schnitzel to Menu: Where to Get It