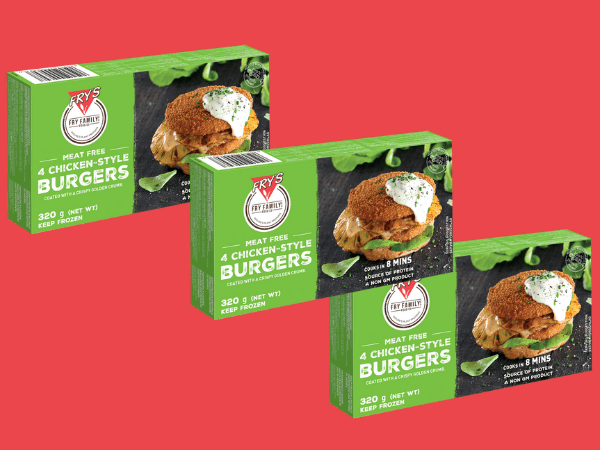 A staggering 94 per cent of Fry’s Chicken-Style Burger reviews were rated four to five stars, with comments including, “If you have not tried this yet, do yourself a favour and try it, this is so yummy…it’s honestly one of the best vegan patties out there”.

Another reviewer commented, “Just transitioning into veganism and these are the best I’ve found so far”.

Tammy Fry, international marketing director of The Fry Family Food Co, said: “It is an absolute honour to be voted in the top 10 World’s Best Vegan Burgers by abillion Awards.”

“We are extremely proud, especially given that we began in our family kitchen in South Africa and have since expanded to the shelves of some of the UK’s largest supermarkets, to provide great tasting plant-based alternatives to families all over the world.”