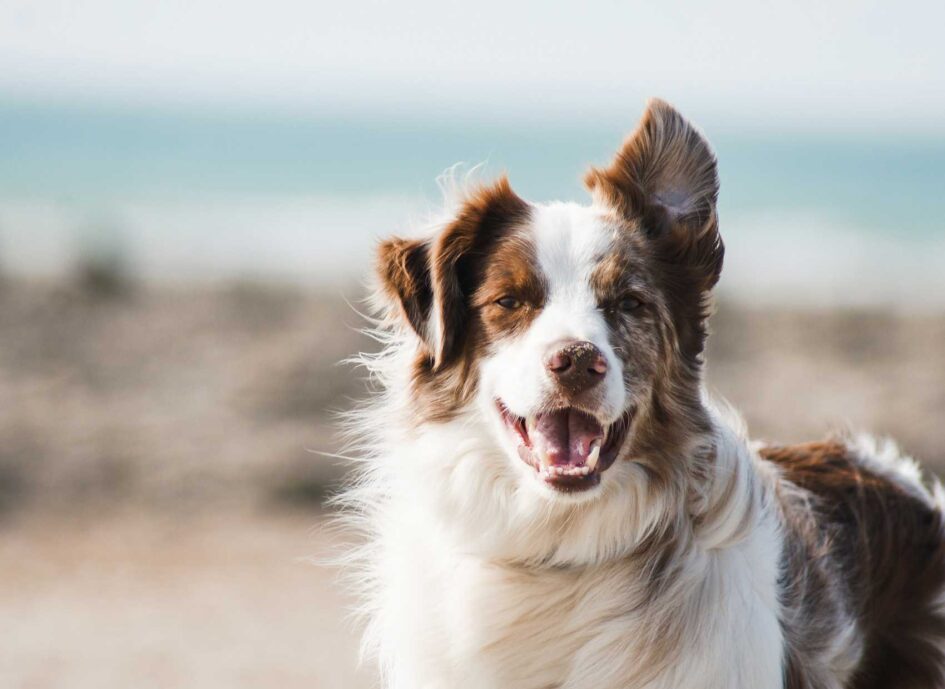 Bramble, a border collie from Somerset, was recognised by Guinness World Records as the world’s oldest female dog. She was 25 years old at the time of her death which is the equivalent of 189 in dog years.

What is her secret for longevity?

Being a vegan caretaker of three adult dogs, I follow the example of Anne, and I’ve been cooking for my dogs every day for the last five years. They love their vegan meals with lentils, chickpea, split pea, soy protein, groats, rice and pasta mixed vegetables such as carrots, cabbage, beetroot, broccoli, green beans, tomatoes, pumpkin, always topped with a bit of vegetable oil and yeast. They like when I use herbs and a bit of spice like turmeric or cinnamon, making the food more aromatic for the doggy nose! They enjoy a fresh cucumber, cooled watermelon and apple for a snack.

Our dogs are very healthy and have lots of energy. All the vets we have ever visited said they look amazingly younger than similar doggies in their ages (the oldest of our dogs is now 13 years old).

Vegan dog was still a taboo topic a few years ago but today, vets often recommend a vegan diet for dogs with severe digestion and allergy issues.

Balanced plant-based foods are healthy and easily digestible for dogs and have become more popular due to health and ethical concerns. The most important in feeding your dogs vegan is to provide them with complete food containing all the essential nutrients, minerals and vitamins. Your dog can thrive on a healthy vegan diet combined with outdoor activity.

Formula 1 champion Lewis Hamilton, a vegan himself, praised the plant-based diet for helping his dog, Roscoe.

“Since he has gone vegan, his coat is much softer, his swollen paws have healed up,” he said. “He is no longer limping with the pain of arthritis, and his breathing has opened up.”

“I’m looking into dog food and supplements,” Hamilton later wrote on Instagram. “As I think this industry can be better and our pets deserve the best we can give them.”

Most people have no time for cooking, but the growing industry of plant-based dog food and treats makers comes to support you. Vegan dog food brands such as Benevo, V-dog, Yarrah, Soopa, Scrambles, Denzel’s, and Lily’s Kitchen, to mention a few of them, provide your pups with fully nutritious plant-based food and delicious vegan dog snacks.

This week at TheVeganKind, we are celebrating International Dog Day! Our TVK Supermarket is running a special 20% off flash sale campaign from Monday 23rd to Thursday 26th August on bulk deals for vegan dog food and treats. Buy any item from the list and get a bag of these excellent vegan dog training treats Scrumbles – Softies for free.