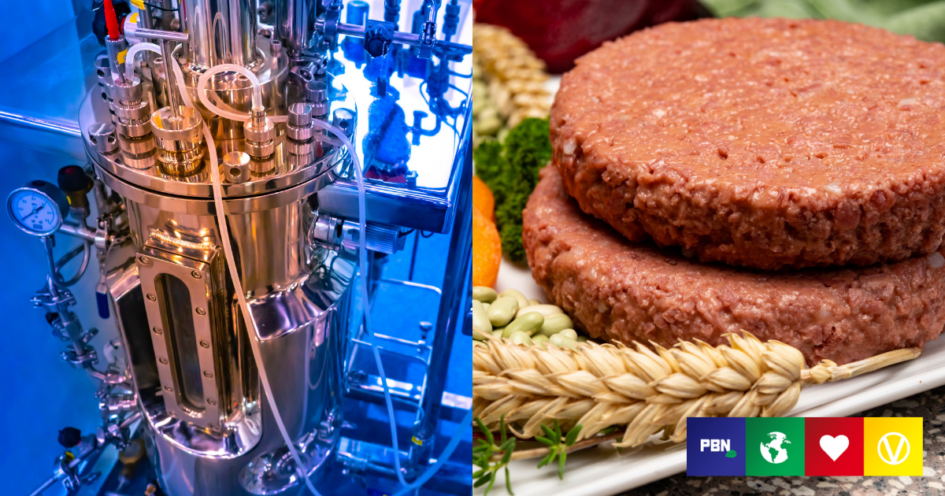 Alternative protein is a sector within the plant-based movement that’s witnessed soaring growth in recent years.

From plant-based protein companies using soy and fungi to cultivated meat taking its shining spotlight and now, precision fermentation technology, the market as a whole reportedly generated over $1 billion in revenue over the pandemic.

But is fermentation the future?

According to a major new report, fermentation garnered a staggering $587 million in investments over 2020 alone.

This is according to The Good Food Institute (GFI)’s 2020 State of Industry Report. And, the non-profit says it indicates a ‘substantial’ expansion, with a total of 51 ‘known’ companies dedicated to alternative protein made by fermentation.

Last year was also the year that the first-ever dairy product made via precision fermentation. This is just one of three fermentation methods, which includes traditional and biomass.

The latter allows for high protein content from lots of microorganisms in order to produce large quantities of protein, serving as the predominant ingredient in a product.

And while the traditional method has long been used to make products such as kimchi and beer, the entire process is now dubbed to be the ‘third pillar’ of alternative proteins.

Part of cellular agriculture, it produces animal products without killing them and uses plants or algae instead. This is achievable by recreating the main components of animal protein such as cow’s milk and egg whites. The GFI says this allows for fermentation-produced products to ‘perform identically’ to animal-derived products.

Here are the highlights in the fermentation sector over 2020 and this year:

How has COVID-19 impacted alternative proteins?

Following a record year for investments into fermentation, COVID-19 has been cited by many key figures in the industry as part of the reason it’s boomed to such success.

‘Our demand for meat has pushed our natural environment beyond the limit of what can be safely sustained.

‘COVID-19 showed us how resilient we can be when faced with adversity, but it also highlighted the terrible issues affecting our food system. While many people were going hungry, our paralyzed supply chain dealt with surplus livestock in unthinkable ways.

‘In people’s minds, meat alternatives have become a necessity, not just simply an added choice, and fermentation science is poised to enable the next generation of alternative proteins to enter the market’, Estrada said.

The future of fermentation

Looking to the future, the report makes several predictions for the fermentation market. This is based on the views of industry experts.

Among them is Michael Leonard of Motif FoodWorks. Leonard says the alternative protein space is just about to ‘break wide open’. Moreover, the market is witnessing the start of emerging improvements in nutrition and taste, they added.