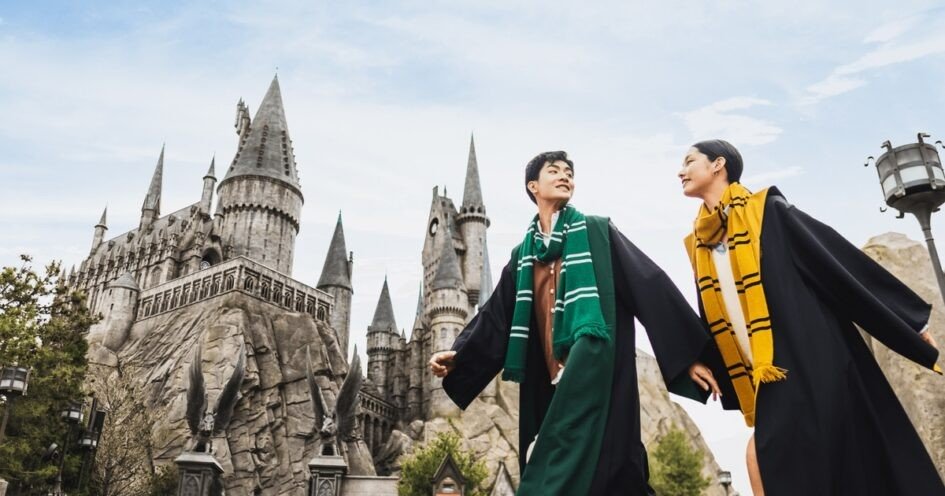 The Wizarding World of Harry Potter theme area at the Universal Orlando Resort in Orlando, FL has added its first vegan-labeled menu items at various restaurants and food stands. Prior to adding these new vegan meal options, guests looking for plant-based options within the Wizarding World of Harry Potter were relegated to a combination of some of the vegetable side dishes already offered in the restaurants.

Located inside the Hogsmeade at Universal Orlando’s Islands of Adventure, The Three Broomsticks now offers a vegan Mushroom Pie Platter, which features a stewed jackfruit and mushroom pie served with a cucumber and tomato side salad with lemon thyme vinaigrette dressing. Also inside of the Hogsmeade, the quick-serve food stand known as The Magic Neep has added a handheld Shepherd’s Pasty Pie. This new menu item is filled with meatless beef crumbles and a vegetable stew inside a flaky and savory pie crust. 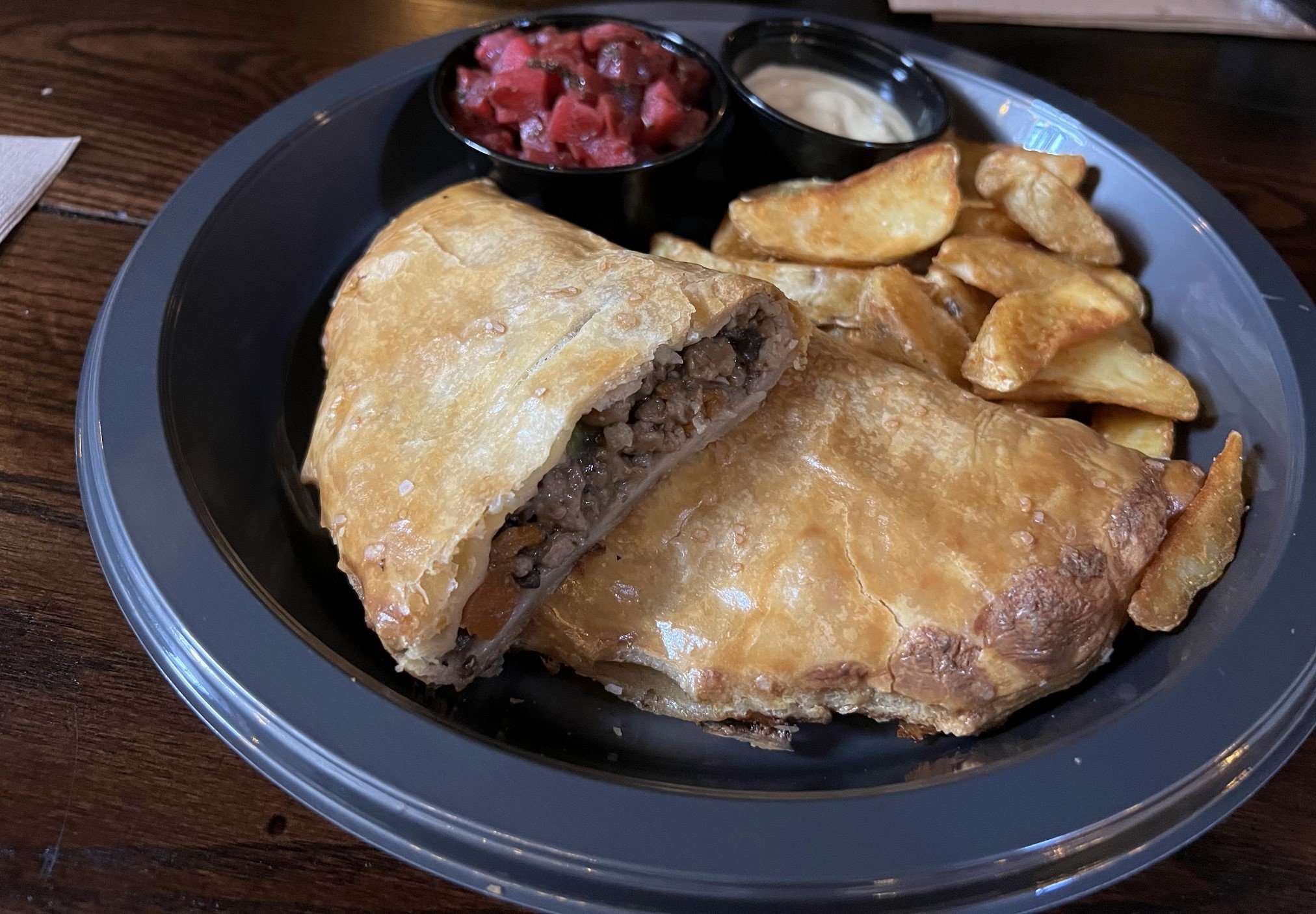 Butterbeer—a butterscotch-flavored beverage popularized in the fantasy novel and film series—has long been served at Universal Studios’ Wizarding World of Harry Potter attraction, but there, the dairy-based whip cannot be left off the drink due to licensing agreements with the Harry Potter franchise owner Warner Bros. In 2018, The Protego Foundation spearheaded a campaign calling for Universal Studios to make Butterbeer vegan. The campaign includes a petition that has since gained more than 7,700 signatures. 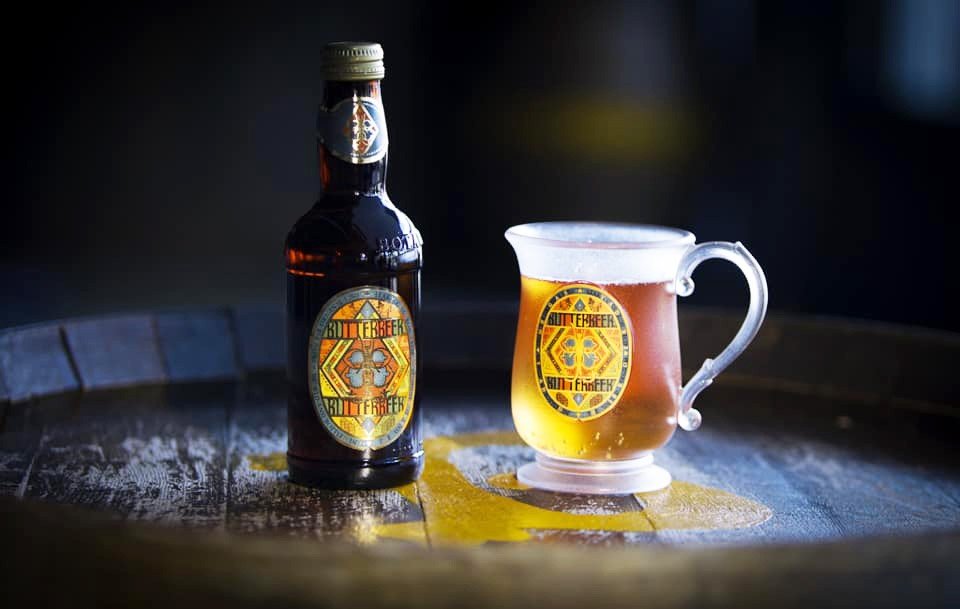 In 2020, Universal announced the release of bottled vegan Butterbeer in the United Kingdom. The vegan beverage comes in souvenir glass bottles and was previously only available at the Wizarding World of Harry Potter locations. Warner Bros. released a bottled version that can be purchased online and at Warner Bros. Studio Tour London, The Making of Harry Potter, and the Platform 9 ¾ Shops at King’s Cross Station in London, along with Heathrow and Gatwick airports. The bottled Butterbeer is wrapped in a variety of collectible labels.

The Universal Orlando theme park isn’t the only US-based Harry Potter destination to get its first vegan food options. The themed retail store Harry Potter New York, which opened last year and features more than 20,000 square feet of Harry Potter themed collectables, there is a Butterbeer Bar offering vegan Butterbeer that is bottled or on draft and served in a souvenir tankard. While at other venues, butterbeer is topped with dairy-based whipped cream after being poured from the tap or bottle, at this store it can be served plain to keep it vegan.

Harry Potter New York also recently introduced a vegan sweet treat in the form of a Vegan Deathly Hallows Cookie. The cookie has been described as a shortbread with a black fondant top featuring a printed image of the infamous Deathly Hallows symbol. 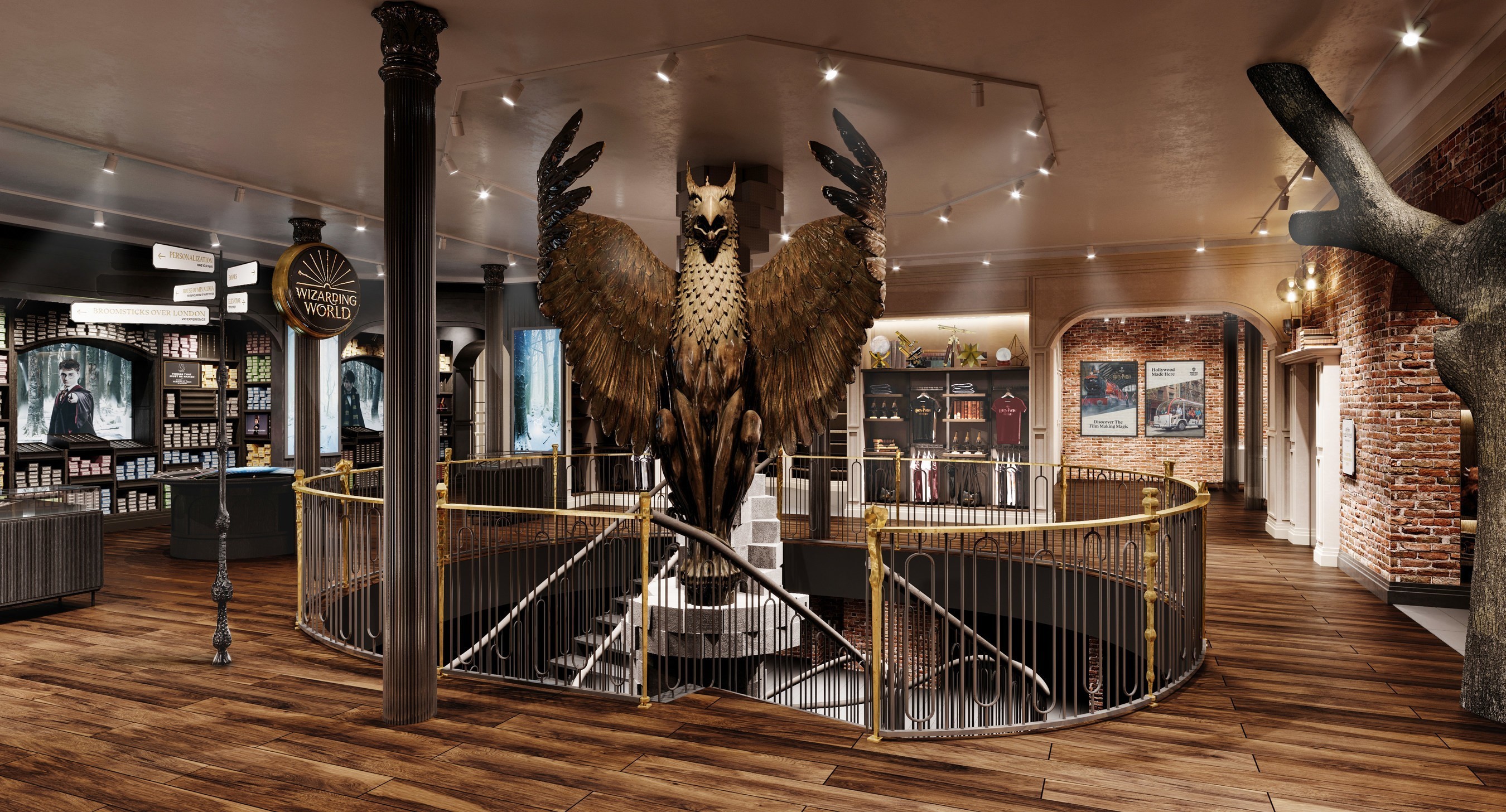 Adding vegan options to its food menus isn’t the only way the Harry Potter franchise has become more animal-friendly. Last year, Warner Bros. announced that its licensed Harry Potter live productions will no longer feature live owls. The company confirmed the move in a private conversation with Starr, which organized a campaign to protect the sensitive animals from being exploited for entertainment. As part of the decision, live owls no longer perform during the “The Wizarding World of Harry Potter” show at any Universal Parks & Resorts locations, including Osaka, Japan and Beijing, China—or any other shows licensed by Warner Bros.