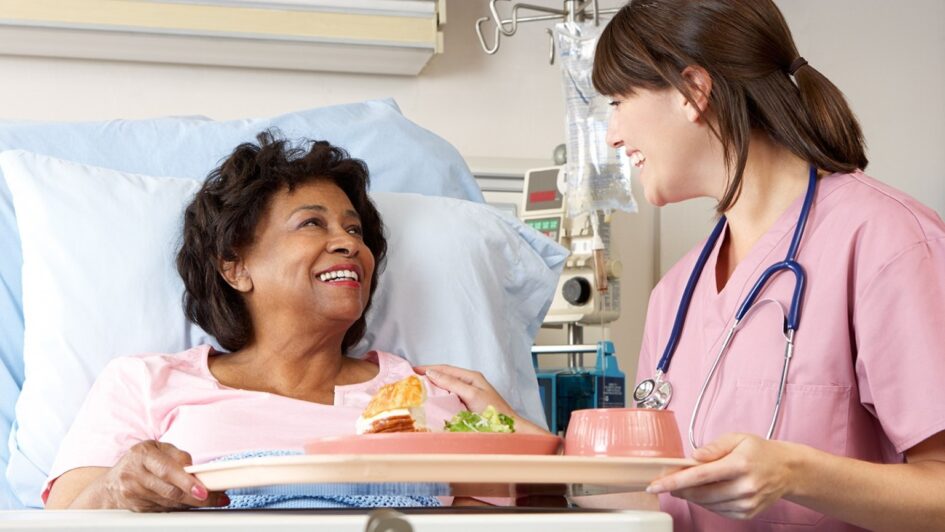 At the world’s first vegan hospital, no one will ever be served any animal products which are the foods that very well may have contributed to a patients health problems in the first place.

First Vegan Hospital In The World

“Starting today, March 1, 2021, our patients will no longer wake up from surgery to be greeted with ham, cheese, milk and eggs… the very food that may have contributed to their health problems in the first place.
Just last year, our patients were given the choice to choose between an animal-based meal and a vegan meal.
During this transition phase, our patients were provided with information on the benefits of an exclusive plant-based whole food diet versus the dangers of animal-based food consumption. We believe it’s well about time to tackle the root cause of diseases and pandemics not just symptoms. For our health. For our planet. For our fellow earthlings.“

Elephant In The Room

“There’s an elephant in the room that no one wants to see.”

“When the World Health Organization @who classifies processed meat as a group 1A carcinogenic (causes cancer), the same group as tobacco and red meat as group 2A carcinogenic, then serving meat in a hospital is like serving cigarettes in a hospital.”

“When the CDC (Centers for Disease Control and Prevention) declare that 3 out of 4 new or emerging infectious diseases come from animals and that adopting a plant based exclusive diet has been scientifically proven not only to stop the evolution of certain diseases but it can also reverse them. We then have the moral responsibility to act upon and align our beliefs with our actions. Taking the courage to look at the elephant in the eye.”

Way back in 2015, the World Health Organization (WHO) released a statement that processed meat like hotdogs, bacon and ham are a major contributor to colorectal cancer. The worldwide organization classified it as carcinogenic to humans. Click here for their official report.

“Processed meat refers to meat that has been transformed through salting, curing, fermentation, smoking, or other processes to enhance flavor or improve preservation,” said the WHO.

“Most processed meats contain pork or beef, but processed meats may also contain other red meats, poultry, offal, or meat by-products such as blood. Examples of processed meat include hot dogs (frankfurters), ham, sausages, corned beef, and biltong or beef jerky as well as canned meat and meat-based preparations and sauces.”

In other news, the trailer for the Netflix Documentary named ‘Seaspiracy’ has just launched. It is from the creator of Cowspiracy and What the Health. You can view that here.