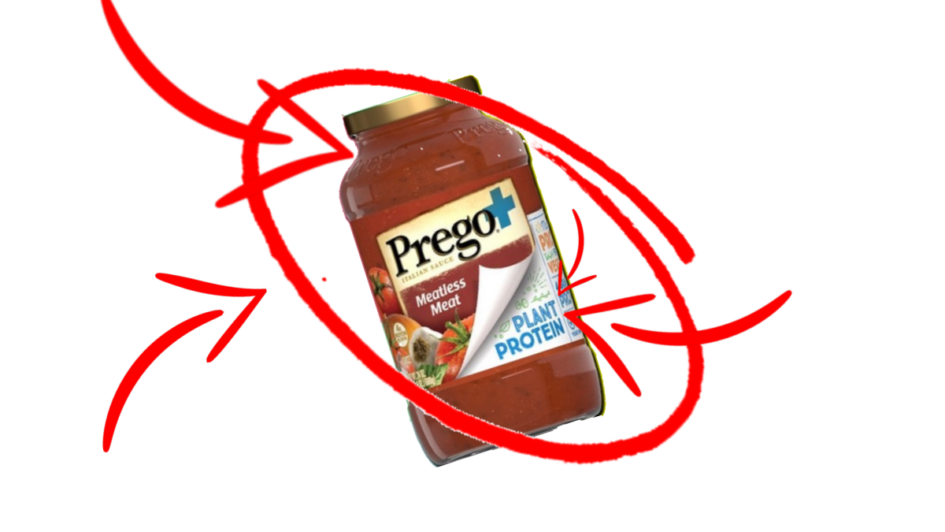 Pasta sauce brand Prego just launched their plant-based vegan meat sauce. The sauce is not only their first vegan meat-based sauce but the first in the United States and possibly the world.

The new vegan pasta sauce line is called Prego+ Plant Protein and is a tomato-based sauce that contains a soy-based ground meat with 4 grams of protein per serving.

“We were inspired to create Prego+ Plant Protein for consumers who are increasingly integrating plant-based foods into their diets to get additional protein,” Steve Siegal, Vice President of Marketing, Meals & Sauces said.

There’s also the “Farmer’s Market” product line of Prego sauces that include high in protein veggies like chickpeas, white beans, and even kale.

Prego is owned by Campbell Food Company who has their own line of plant-based vegan soups under their Campbell brand.

The “Well Yes!” brand was created by a team of women at Campbell’s in 2016 to create a nutritionally dense soup.

“[They] felt the category lacked a product specifically for them, a brand that stood for something they could connect with and one that used ingredients they wanted, more of like kale, quinoa, and lean protein,” said Mark Alexander, the former president and CEO of the Campbell’s Soup Company at the time.

Campbell’s also owns the Bolthouse Farms brand where they carry a wide range of vegan milk products high in calcium and protein.

Back in 2017, the Campbell Food Company showed how serious they were taking their commitment to plant-based vegan products by announcing they would be joining the Plant Based Foods Association (PBFA).

The PBFA is a coalition of plant-based food companies that together form a trade association that advocates for their own interests.

Vegan milk brand Oatly, Beyond Meat, and Tofurky are among the many companies in the PBFA’s roster of brands.

Campbell Fresh’s president Ed Carolan had this to say in regards to joining the PBFA:

“We are committed to providing our consumers with food choices that meet their nutrition, well-being, and lifestyle needs.”

“Working together with the Plant Based Foods Association, we can advance our shared goal of bringing more plant-based foods to consumers.”

A poll from data analytics firm Gallup revealed back in January that one out of four or 25 percent of Americans are eschewing meat-eating more than any other time before. More than a third or 36 percent said they purchase plant-based meats on a regular basis.

Between 2014 and 2019 Google trends data showed that searches for veganism went up seven times higher than the previous periods before. It gets four times the search interest than a gluten-free or vegetarian search on their search engine.