Full Vegan Menus Spotted In Hospitals Around The UK 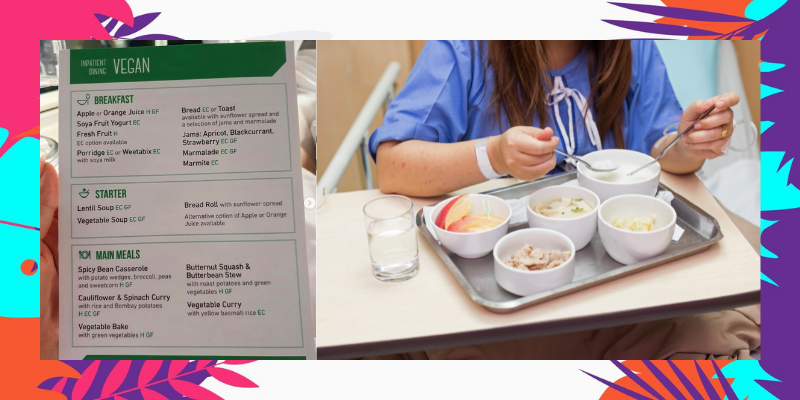 Hospitals aren’t known for their food. However, Vegan Food UK members have been sending photos of the current vegan menus in NHS hospitals.

It is the first sighting of fully vegan menus, as before it was just altering available dishes to make it dietary friendly.

The NHS feeds more than 140 million meals every year, and with 7.2 million following a meat-free diet, it is needed to accommodate more than the traditional meat and dairy consumer.

We shared the menu options on Vegan Food UK’s Instagram, and people were excited to see the improvement.

People commented, ‘This is amazing’ and ‘Was in (the) hospital Monday and yesterday and had a full menu of vegan options!!’

Others took to sharing their hospital food experiences. One said, ‘My daughter was just offered a plain jacket potato twice a day’

and another ‘I didn’t have a single choice on Monday! They just ended up putting bits from other meals together.’