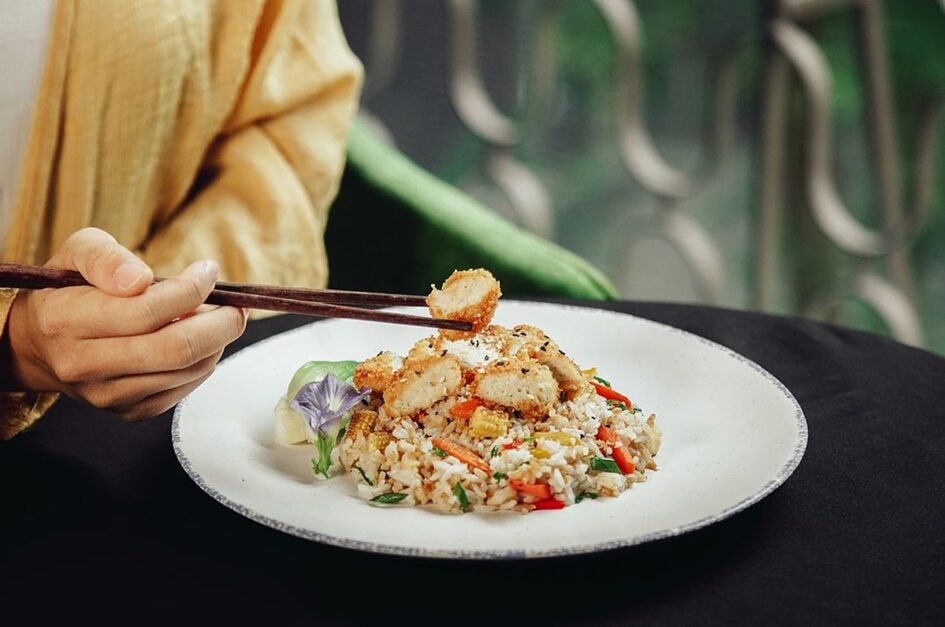 Could the next chicken breast you eat be cruelty-free? GOOD Meat – the cultivated meat brand from sustainable food company Eat Just – is now the largest cultured meat company on the market, securing an additional $97 million in new funding to bring cell-cultured meat into the mainstream. The most recent funding package builds upon the company’s recent $170 million funding round, totaling GOOD Meat’s investments at $267 million. The additional investment package will be used to advance the development and distribution of its cultivated meat products that have already debuted in Singapore and are expected to debut on the Qatari market soon.

The cultivated meat pioneer will also use the funding to expand its advisory board and developmental team. GOOD Meat just announced that former US Secretary of Agriculture Dan Glickman will join the company as an advisor. Alongside Glickman, the former Executive President of chemical company DuPont Jim Borel will join the Board of Directors.

“I’m proud to see our company take the next step toward building large-scale cultivated meat production,” co-founder and CEO of Eat Just Josh Tetrick said. “This investment, along with the guidance of Secretary Glickman and Jim Borel, puts us in a position to execute our plans in multiple regions around the world.”

The investment package will push the company’s production capacity to new levels. Currently, GOOD Meat’s cultivated meat equipment reaches 1,200 liters, but Tetrick explained that to ensure the company’s cell-based products can become a mass consumer product it would need bioreactors that hold the capacity for more than 100,000 liters (approximately 26,500 gallons). As several countries inch closer to regulatory approval, GOOD Meat is preparing its cell-based meat to make its mass-market debut.

“I’m delighted to join GOOD Meat’s Advisory Board where I can assist the company in its efforts to provide protein options that can ultimately help feed a growing and hungry population worldwide, safely and sustainable,” Glickman said. “While I will always support family farmers’ work to feed the world in the U.S. and elsewhere, this company’s innovative technologies can augment opportunities over the long term for consumers to expand their choices and improve their diets.”

The Good Food Institute released a report recently that found that cultivated meat companies raised more than $360 million in 2020, six times more than 2019. The report explained that the cultivated meat industry is predicted to become a frontrunner in the alternative protein market worldwide as companies and consumers begin to accept cell-based products.

“Continued investment is critical to ensure that cultivated meat can meet the moment –providing a more sustainable, safe, and secure way of feeding people with far fewer greenhouse gas emissions, far less land and water required, and no contribution to antibiotic resistance and pandemic risk,” executive director of the Good Food Institute Bruce Friedrich said at the time.

So far, Singapore is the sole country to allow the mass sale of cultivated meat. Once gaining regulatory approval GOOD Meat unveiled its inaugural cell-based chicken for the Singaporean public, but now other countries worldwide have started the process of allowing cell-based meat sales. Most recently, the Qatar Free Zones Authority (QFZA) and the country’s Ministry of Public Health recently indicated an intent to grant regulatory approval for GOOD Meat.

Stateside, the US Department of Agriculture’s Food Safety and Inspection Service published a notice regarding labeling for the cultivated meat and poultry industry last week. The advance notice of proposed rulemaking requested input about consumer expectations on nutritional value, naming products, economic data, and more.

“This ANPR is an important step forward in ensuring the appropriate labeling of meat and poultry products made using animal cell culture technology,” USDA Deputy Under Secretary for Food Safety Sandra Eskin said. “We want to hear from stakeholders and will consider their comments as we work on a proposed regulation for labeling these products.”